According to the World Health Organization (WHO), the rate of obesity has been increased by two-folds since 1980. Currently, about 13% of Adults and 6.3% of children’s are obese globally. As the weight increase more than average has always been a problem for one on a daily basis. Without a doubt, overweight or obese children’s had to struggle with their weight in adulthood as well.

To lose weight people try various tactics like exercise, dieting, medications, and other methods. But for those who like to eat or crave for food with every passing minute, for them dieting or exercising is a great call. Due to which, very less number of people gets success in losing weight and gaining a healthy and fit life. Therefore, for this, as a solution doctors come up again as a rescuer for these obese people.

A team of doctors led by Prof. Louis Phee, Dean of Engineering at Nanyang Technological University (NTU), and Prof. Lawrence Ho, a Clinical-Innovator at National University Health System (NUHS), from Singapore. The team of Professors comes up with a concept of capsule named as, “EndoPil”. It provides a non-invasive alternative to fight with obesity.

“EndoPil” is a prototype capsule which self-inflate with a handheld magnet when it is in the stomach. Initially, the capsule measure around 3cm x 1cm. The pill has an outer gelatin casing which is having a deflated balloon inside it. The inflation valve is attached with a magnet and a harmless acid and salt in the separate compartments inside the capsule. 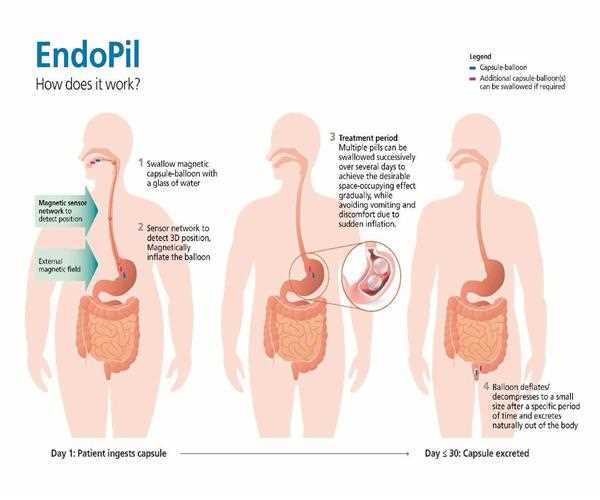 1. Once the Pill has been taken and enters into stomach, the stomach acid breaks the gelatin casing of the capsule.

2. By using a 5cm of the diameter of Magnetic Sensor, its location in the stomach can be ascertained. And the external magnet attracts the magnet attached to the capsule to inflation valve. This process helps the capsule to open its valve.

4. The opening of valves of capsule helps to inflate the capsule with Carbon Dioxide inside it. The expanded balloon floats at the top of the stomach which gives a feeling of fullness.

5. Within 3 minutes, the balloon capsule can inflate into a size of 120ml.

6. Then, after a period of time, the balloon can be deflated magnetically to a size with which the capsule can enter into the small intestine and gets excreted from the body.

1. The capsule gets inflated at the correct time only. Otherwise, it causes a problem if inflates before or after the required time. Like it gets stuck in Oesophagus or the Small Intestine.

2. The inflated capsule may cause nausea, vomiting, and discomfort.

3. As the research is at its initial level, the research has been carried out on animals only and a few human volunteers. 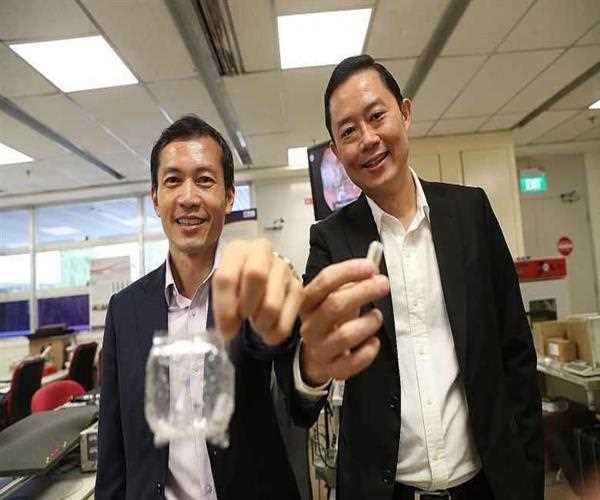 1. It is simple to administer EndoPil.

2. Just need a glass of water to help it go down and a simple magnet is required to activate it.

As the EndoPil is currently at its trial phase, so it may go through a number of changes over it and it requires a number of points to work over it. Firstly, the size of the capsule is quite big, which many times be an inconvenience to swallow the capsule and scientists are working over it to reduce its size. Secondly, the team of researchers is looking forward to carrying out this experiment over human volunteers as well, because at last it is made of reducing obesity level in humans.