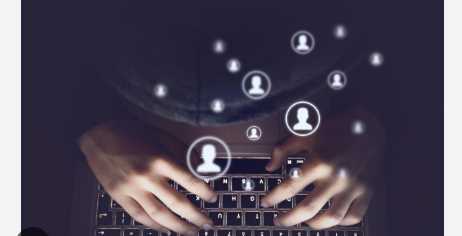 Governments are increasingly investing in cutting-edge technology to keep an eye on the online activities of its constituents. Previously the domain of the top intelligence agencies in the world, this type of mass surveillance has spread to a variety of nations, from large authoritarian powers to smaller or poorer regimes that nevertheless aspire to track dissidents and oppressed minorities. The cost of entry for national and local law enforcement agencies in democracies, where it is being utilized without much supervision or accountability, has been decreased by the expanding commercial industry for social media surveillance.

A switch to automating public surveillance

Using automated technology that enables the real-time aggregation, organization, and analysis of massive volumes of metadata and content, social media surveillance is the practice of gathering and analyzing personal data from digital communication networks. Social media monitoring is more pervasive than spyware, which intercepts communications by focusing on the devices of specific people. These digital platforms are used by billions of individuals throughout the world to share their political, social, and religious views as well as to interact with friends and family.

The demand for social media surveillance has increased, offering intelligence and law enforcement organizations new methods for sifting through vast amounts of data. Advanced social media surveillance programs have been implemented in at least 40 of the 65 nations analyzed by this report. Additionally, the use of these programs by governments is increasing; in 15 of these nations, new or enlarged versions of these programs have only been implemented in the previous year. Governments have successfully seized control of social media sites by claiming that doing so will increase security, limit disinformation, and maintain public order.

The social media monitoring technologies that have emerged in democracies have their roots in counterterrorism operations and overseas battlefields where they were developed to keep an eye on serious security risks in countries like Syria. The Central Intelligence Agency's In-Q-Tel venture capital fund provided early funding to numerous US data mining businesses. While authorities have historically justified the use of these techniques with the necessity to combat severe crimes like terrorism, child sexual abuse, and widespread drug trafficking, law enforcement and other agencies at the local, state, and federal levels are increasingly repurposing them for more dubious purposes, such screening visitors for their political views, tracking students' conduct, or monitoring activists and demonstrators.

Governmental interference in the digital public square and its effects

The misuse potential offered by sophisticated social media surveillance is astounding, both for authoritarian and democratic administrations. A record number of users were arrested for political, social, or religious discourse in 2019, according to Freedom House's analysis of 47 of the 65 nations. More arrests will probably result from the broad surveillance of online activity for offensive or illegal remarks, especially in places where there are weak protections for free speech. In regimes where surveillance is used to track and prevent protests, democracy movements will be more difficult to spread.

Human rights defense in the era of AI monitoring

For safeguarding national security and preventing serious crimes, there is little to no public evidence that such technology is superior to less invasive options. Particularly speech delivered in slang or a language other than English, social media activities like original content, likes, or shares are prone to misinterpretation and misclassification. Natural language processing systems are thought to be 70 to 80 percent accurate, according to research. Algorithmic tools can reinforce racial or religious discrimination because they rely on incomplete or biased data, even though this is sometimes explained as a way to eliminate human mistake.

I think you should try this format for writing blog's. Click on the link below.