Popular Pilgrimages In India For A Deeply Spiritual Experience

India is an extremely religious place where the people are bound with a common thread of ancient beliefs and traditions. One of the major parts of being a Hindu is going on pilgrimages. It is not only a crucial pillar that holds this religion together but it is also focussed on soulful enlightenment with the ultimate goal being achieving moksha or salvation from the Karmic cycle of birth and rebirth. The entire Indian subcontinent is home to some of the most awe-inspiring, thrilling and even remote pilgrimage destinations not only for Hindus but also for people of various different religions like Buddhists, Jains, Sikhs etc. ifyou are searching for spirituality then here are some of the most popular pilgrimages in India which will definitely prove to be worth it: 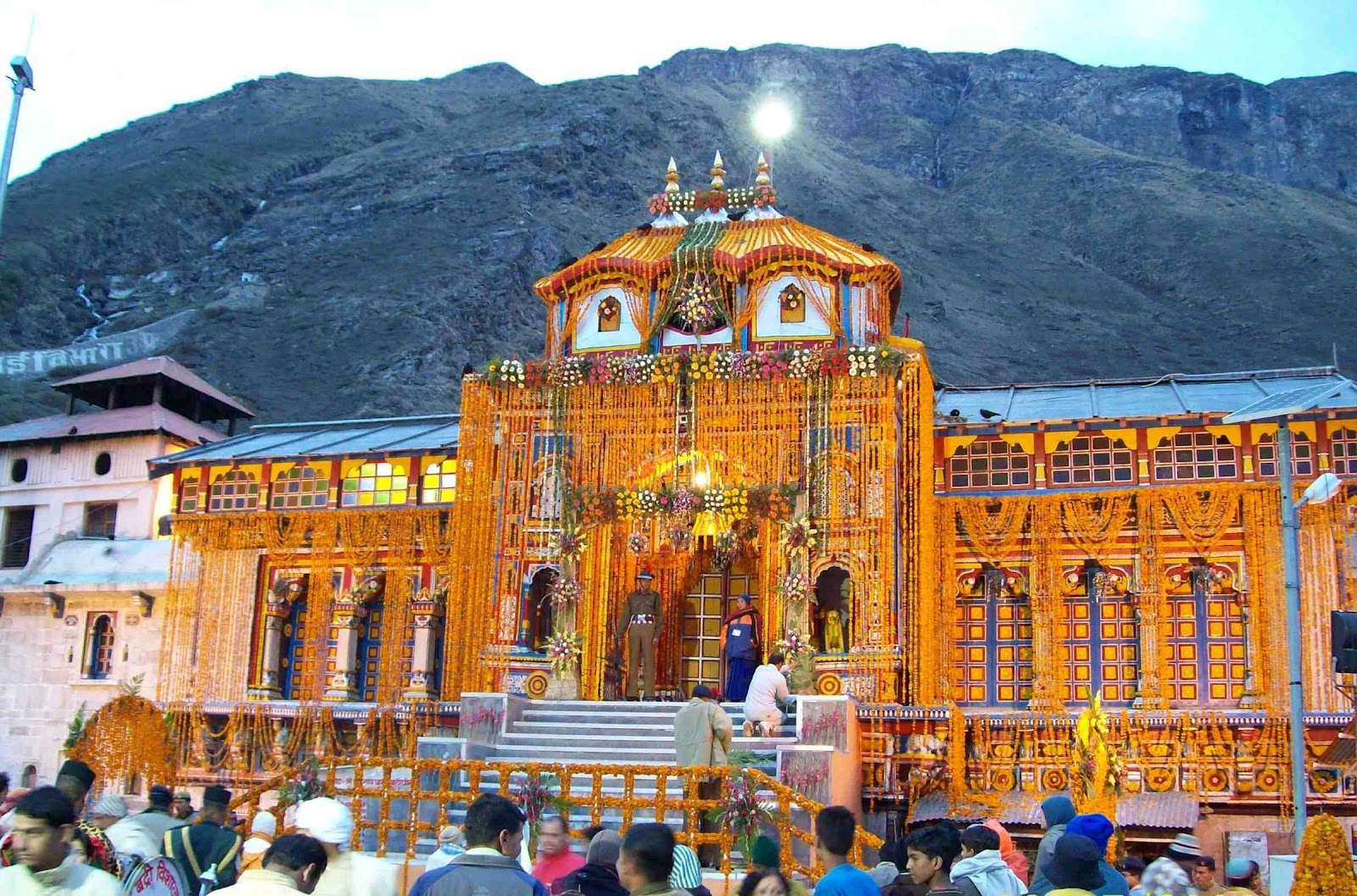 This has to be undoubtedly one of the most highly revered pilgrimages in India. There are two chardham yatras one of them being the Chota Chardham of Uttarakhand including Kedarnatha, Badrinath, Gangotri and Yamunotri and the other one being the all India yatra consisting of Rameshwaram, Jagannath temple, Badrinath and dwarkadhish temple. These cardinal holy places of worship is frequented by hindu pilgrims during the on season and is a great place to experience the unparalleled spirituality. This entire pilgrimage was established by the great sage, philosopher and theologian Adi Shankaracharya in 8th century as the ways of getting salvation or moksha.

The earthly abodes of goddess Shakti located high on top of a mountain is probably one of the most ancient pilgrimage centres in the world. Situated in the trikuta hills of the lush greenery in Jammu and Kashmir pilgrims cover some amount of trekking journey on the paved paths to reach the cave shrine of Vaishno Mata. The beautiful hilly landscape and an ever-present sense of divinity of people chanting hymns and songs makes a pilgrimage here a potentially life changing experience. This entire route is very easy to cover and is lined with bhawans for staying options.

Considered to be probably one of the most holy abodes of lord Vishnu in India this place in the seven hills is a highly revered and venerable centres of Hindu pilgrimage. You are going to have to be there to believe and witness for yourself the pure devotion the pilgrims experience there. This landmark site is a massive towering temple which is stands majestically tall on a platform. Frequented on a daily basis by devouts from all over the world the place remains thronged by tourists throughout the year braving the weather and other conditions. Experiencing the unmatched divinity here should definitely be on your bucket list.

Deemed for being one of the first spiritual pilgrimages in India this holy yatra adorns the Garhwal Himalayan region. This circuit consists of visiting the holy temples of Rudranath, Kalpeshwar mahadev, Kedarnath, Tungnath and madhyamaheshwar which are said to have been established by the pandav brothers when they were set out on their quest for lord shiva. All these sites are located amongst extremely beautiful Himalayan beauty and is a relatively off beat pilgrimage. However it is visited by devout hindus and people belonging to the Shaiva communities which makes a visit here extremely soulful and spiritual. Due to the absence of well maintained roads leading up to the temple the pilgrims are required to trek their way up to the abode of the lord but this journey is also very soulful and enlightening. 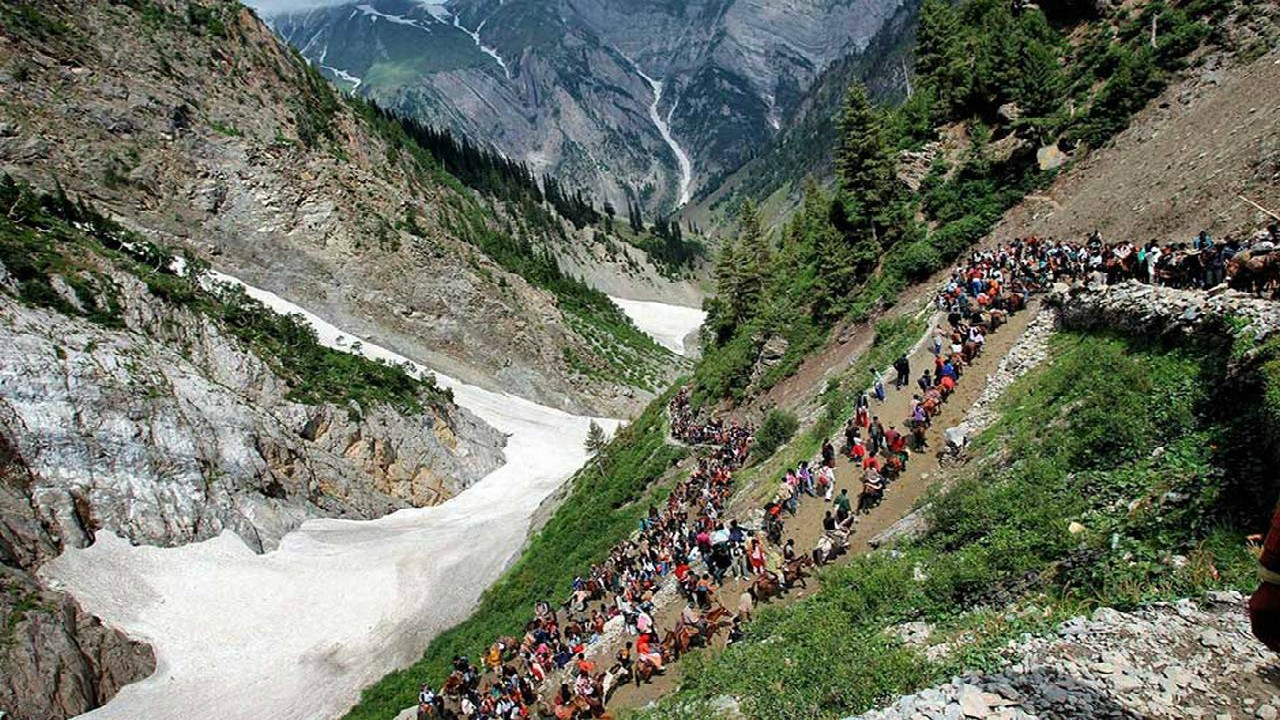 What's better than experiencing sheer and unadulterated spirituality by offering your prayer at the holy cave shrine of baba barfani. The holy Amarnath Yatra takes place for a very limited number of days but is attended by a large number of devotees from all over the world. People trek their way up to this one of the remotest holy pilgrimages in the world while camping their way out to the shrine. Sleeping under the open skies amidst the scenic beauty will surely be one of a kind experience. The story of this cave is that this is where Lord Shiva had told the secret of immortality to goddess Parvati which was also overheard by a pair of pigeons. The remarkable thing is that the pigeons can still be seen around here. every step of the way is filled with wonder, excitement, and thrill making it one of the most amazing and popular pilgrimages in India.