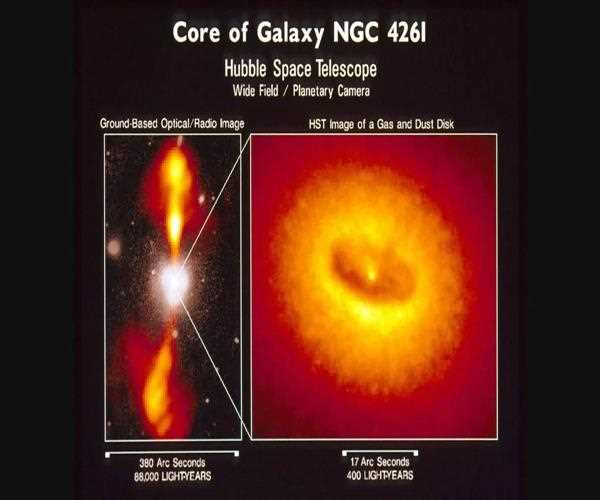 Hubble Telescope, over the years, has captured some breathtaking images of the cosmos and given us s peek into a world many of us will not have imagined. Capturing the stunning galaxies far away to notice the quiet, some magnificent passage of planets by the earth, it has been in the space and keeps updated our eyes with the space beautiful scenes.

NASA continuously has been providing us with these unimaginable images that the Telescope has captured so far as part of its “Flashback Friday” series. This week, the agency showed some “Iconic Hubble images” that captured disks of dust fueling black holes.

As per the detail, provided by the site of the space agency, the first image captured by it showed a giant disk of cold gas dust fueling a black hole at the center of a galaxy. The shown galaxy is located around 100 million light-years away and has the name NGC 4261.

The Telescope Hubble is the most powerful observatory in space, it was launched by the space agency NASA in 1930 and till now has captured more than 1.3 million images. NASA said for the image “Hubble and other NASA missions continue to reach us more about these fascinating cosmic objects,” says NASA.