The launch of cryptocurrency was the revolutionary upgrade in the world of digital payments that set new benchmarks in global finances. With the inception of this wave, we have always known Bitcoin to be the cryptocurrency market leader.

The Bitcoin blockchain has dominated blockchain technology for a long time. However, being the oldest cryptocurrency in the market, Bitcoin has started to show signs of decline in the fast-moving technological world.
As we notice the limitations of Bitcoin blockchain in the real world, there are several other cryptocurrencies emerging at a rapid rate, trying to replace Bitcoin’s dominance on the blockchain. Although no notable cryptocurrency could become a match for Bitcoin, there is one exception to the situation - Ethereum 2.0.
Understanding Ethereum 2.0
Ethereum has been one of the oldest competitors of Bitcoin for as long as we can recall. There were some real-world issues with Ethereum’s blockchain as well which makes it equivalent to Bitcoin. To overcome these issues and make it the future of cryptocurrency, an upgrade in the Ethereum blockchain was due for a long time. Developers have finally accomplished the first phase of that upgrade and are now known as Ethereum 2.0.
The original blockchain network of Ethereum faced difficulties in terms of speed and scalability. Ethereum 2.0 is an upgrade to the existing blockchain which focuses on improving the network speed and scalability, enhancing the efficiency of transactions, and easing bottlenecks of operations. It is widely popular as ‘Eth2’ or ‘Serenity’. One of the major switches of this upgrade is from the proof of work (PoW) model to the proof of stake (PoS) model. 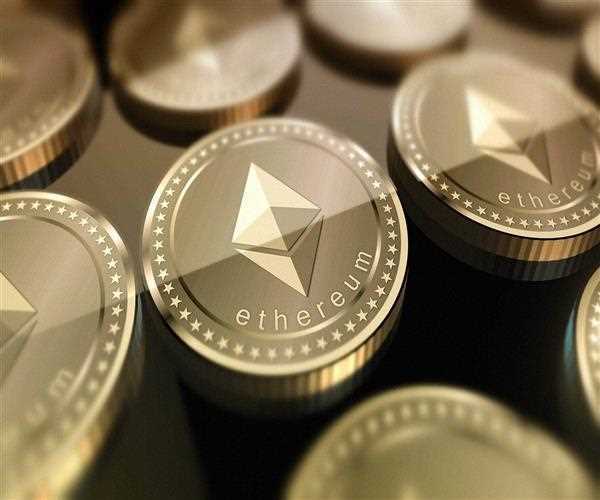 Phases of Ethereum 2.0
The inventor of Ethereum, Buterin, aims to make Etherum one of the most environment-friendly cryptocurrencies. The process of achieving that aim has led to the upgrade of Ethereum 2.0 in three phases:
The first phase was live on 1st December 2020 and was known as the Beacon Chain. It is a different blockchain from the main Ethereum blockchain and focused on the shifting of the network to a PoS model.
The Merge is the second phase of the upgrade and is expected to go live by the second quarter of 2022. As the name shows, it will be merging the Beacon Chain to the main Ethereum blockchain.
The final phase is known as The Shard Chain. It is expected that this phase will spread the Etheruem operations into 64 new blockchains. This will make it easier to run the Ethereum nodes as the data on each chain would be too little to store. The final phase is not expected till the end of 2022.
Major Changes in Ethereum 2.0
The new life infused into the already existing Ethereum brings major changes which are expected to reduce and eventually end Bitcoin’s dominance on the blockchain. Some of these changes are:
Switching from Proof-of-Work (PoW) to Proof-of-Stake (PoS)
Blockchain technology is known for its high-end security and unhackable database system. It uses a processing-power-intensive process known as Proof-of-Work (PoW) to safeguard the blocks. The process includes all computer nodes to generate cryptographic hashes that are acceptable by the nonce.
The major benefit of this system is its underlying complexity. Hence, any external attempt to hack the system will require a complicated process of mining and solving complex mathematical equations. This makes the system safe from tampering as it requires a huge capital investment.
However, the same system has a major disadvantage of inefficient operations.
Ethereum 2.0 aims to solve that issue by introducing the Proof-of-Stake (Pos) system. PoS records every transaction using an algorithm where the selection rate increases by the amount of currency owned by the node’s holder.
This reduces the complex cryptographic operations and increases the overall efficiency and reduces the throughput cost of the network. The system introduces the nodes to stake its own currency. Hence it provides security to the data and becomes costly to tamper.
Introduction to Sharding
The traditional blockchain network requires every block to undergo verification by all nodes in the chain. While this system ensures maximum safety of the transaction details, it has speed as a limiting factor.
Since all participating nodes are required to verify every new block added to the chain, the process is delayed if any node is operating slow. This delays the overall process and increases the transaction costs.
Ethereum 2.0 introduces sharding to check this bottleneck of transactions. Sharding is a process where every node is responsible for verifying just the data received by the particular node. It breaks down the verification process and allows all sets of nodes to process simultaneously. The overall capacity of the blockchain is expected to increase drastically by introducing sharding. It also increases the operational speed of the technology and makes it more efficient than its preceding version.

Replacing EVM with eWASM
Ethereum Virtual Machine (EVM) is one of the features which makes it a tough competition for Bitcoin. EVM makes use of smart contracts to make Ethereum a global platform for secure computations. Etherum can perform more than mere financial transactions due to EVM. It runs the technology on all network nodes and performs complicated transactions while running on social networks of operating games.
EVM does not have any such strong disadvantages except that it requires an extreme level of programming skills to operate. As Ethereum 2.0 focuses on making the system user-friendly and efficient, it is introducing eWASM as an alternative to EVM. It is a web assembly language that executes the app code in web browsers using simple programming languages such as C, C++, and Rust. This system makes it easier for programmers to operate as it does not require special skills to run the system. Programmers with basic knowledge can now operate on the blockchain without going through the trouble of learning a new Ethereum only language.
Final Words
As we look forward to the upcoming phases of the Ethereum 2.0 upgrade, we believe that it could create a system that can surpass the benefits of the Bitcoin blockchain. The upgrade focuses on increasing the scalability efficiency and making the system far more reliable and faster. Since the security of data is the first and foremost objective of blockchain technology, Ethereum 2.0 is making sure they create as foolproof as their older version. With time to come, Etheruem 2.0 can become the new benchmark in the crypto world.
Read More: The Impact of Blockchain on E-Commerce
Last updated:12/3/2021 6:30:45 AM
1     0