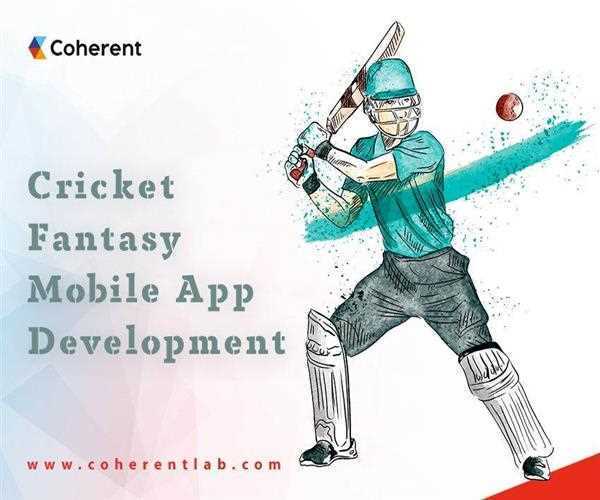 A fantasy sport which is also sometimes known by the name of roto or rotisserie is a type of game that is mostly played by using the internet. Here the players or the participants create virtual or imaginary teams which mainly have proxies of real players of the original sport.

In this new age, fantasy sports have completely changed the mobile app development system. It has been observed that there is a serious fixation on fantasy sports among people of the age group of 18 and above.

What is a Fantasy Sports App?

How does a Fantasy Sports App Work

Match Selection – After starting the app the user is first directed to select the sport of his/ her choice. This process is followed after the OTP verification

Forming a Team – the next step is forming a team where the user or the subscribers forms a team of his/ her choice. For example, if a user chooses the game of cricket then he/ she will need a team of 11 players. Team forming is done by several methods. The common methods that Fantasy Sports App Development Company follows are offline drafting, auction-based or serpentine.

Selecting a Captain- The captain of the team is chosen by the user. Along with the captain the user or the subscriber also chooses a vice-captain as per the requirement.

Division of Team- As per the game rules and requirements of a game, a subscriber is allowed to form multiple teams. The virtual player also has the scope to create his/ her own team as per choice.

Reward Distribution- After every game is over points are awarded to the teams which are later distributed among the players on their performance during the game. And the player with the highest performance earns the highest points and is thus declared the winner of the sport or the league.

The features that a Fantasy Sports App Development Company follows while building a fantasy sports app are as follows.

The most desirable features that should be kept in the account for the User Panel are:

Need to have a very secured login procedure. Features like Google Login, Facebook login, Instagram Login are the most sought features, in order to ensure smooth and hurdle-free onboarding of the users (players).

This is the landing screen and contains all the important information pertaining to the user's account.

A very essential feature that you find in every Fantasy Sports App, gives the user (player) an insight about his/ her opponents.

This acts as the USP of the Fantasy Sports App

Contests created by the user (player)

Another USP for the Fantasy Sports Apps

A part of the payment integration process, very essential.

Like the User Panel, the Admin Panel is equally important. This is the place where the owners of the App manage their organization of App. Some of the most important features are:

The Secured gateway to the system.

The most important section of the Admin Panel.

An important feature, where the admin may monitor the flow of the game.

Game categorization is an important feature in Fantasy Sports App. Based on the category of the game the levels of the users are defined.

Manage user accounts. This is where the user's (players) activities are also monitored for any wrongdoings.

How to develop your own Fantasy Sports App effectively?

You may also hire individual professionals and build your own team. You may hire .NET developers or Node.Js Developers or PHP developers who can develop an efficient and effective Admin panel. In addition to that, you should consider hiring a mobile app developer who can convert your concepts into reality. Mobile technologies like Flutters, React native may be considered for this purpose. However, there are several other technologies that can also be used.