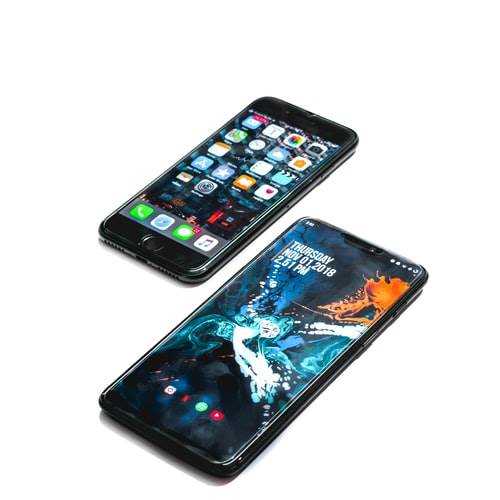 The developer’s world of coding has many options now. As many as thousands of options, which are made specifically for the specific purpose of coding. But when the show begins to code and develops a mobile application in the present era, the most confusing question which slides their mind is what programming stack should they involve?

In 2021 android and iOS are two such operating systems that have covered the whole planet’s smartphones. Among these two android rules a whopping 85% of the smartphone devices in the world. Apple’s iOS whereas rules the rest. This is what causes a developer to think. The mobile application development has to be for both of the platforms specifically. As the file extension and other elements of either of them do not support the platform. And trust me if Java was not here with the developers, it was merely impossible to code an application before 1996!

Its 2021 and obviously we have evolved pretty much that we have not only java to eliminate our problems but also React Native, Flutter, Ionic, Adobe PhoneGap, Sencha, and the Xamarin. And among these popular celebrities of cross-platform, we will look out at Xamarin. What actually is it? Is it worth it in 2021? Why should a developer pick Xamarin among the various cross-platform programming stacks?

In 1999 a curious and former developer Miguel de Icaza and  Nat Friedman, his friend, and partner for this project, united to create Ximian. Which was mainly to supply support and develop exceptional software for de Icaza's nascent GNOME. Later in 2011 on May 16, Miguel de Icaza declared that Mono (open source project was launched on July 19, 2001, by Ximian) would be developed and supported by Xamarin, a newly formed company that planned to release a new suite of mobile products. And finally, when things were a little financially unstable, February 24 of the year 2016 became the day Xamarin and Microsoft declared that Microsoft will be taking over the complete control over Xamarin.

It is a cross-platform mobile application design and development programming platform that helps developers to minimize the double effort to code for two different operating systems. It enables a developer to share more than 85% of the code to different platforms such as mac, windows, android, Linux, etc,

Xamarin.mac – This feature is called Xamarin.Mac. It is specifically to build applications for Mac OS.  As the world knows, Apple has its own way of flaunting the quality and it actually does very right by offering people the privacy that they need. They tend to have their Apple store safe as well. They accept only secured and safe applications that meet all the conditions. And .net and C# coded apps take care of that without a doubt.

Xamarin.Forms – It is an extra and individual service offered by Microsoft via Xamarin. It offers a great utility to transfer almost complete code to various platforms such as Android, Mac.

C# language- Using an Individual language, C#, to create apps for all operating platforms, Xamarin makes it enough easy. It is not the same as Appcelerator Titanium, but rather Xamarin is natively compiled, which makes it a feasible yet astounding option to choose for building high-performance apps with a native look and feel.

Cross-platform is why Xamarin exists. And because it uses C# in addition to the .Net framework to build applications for any platform. Sharing an average of 80% of the code across platforms flashes up the coding. It does not require changes between the development interfaces: As one can build all of Xamarin apps in Visual Studio/Visual Studio Code. The cross-platform development toolkits are offered by default as part of the IDE.

User experiences count two here. The one you code for the application and the one where you code. And a dull interface may result in a loss of interest and work. But it has a decent yet subtle interface that any developer would enjoy. In terms of .Form kit, which transforms the application interface into the platform-specific interface. As the use .Forms increase the speed of development, it is a suitable option for large applications. For custom application User Interface and excellent performance, options for using Xamarin.iOS, and Xamarin.Android is available separately to ensure exceptional results.

Different from traditional cross-platform solutions-based stacks, a cross-platform app built with Xamarin can still be classified as native. As the platform develops, Xamarin's performance is constantly being improved to completely meet the quality standards of native, and with Microsoft giving lessons and suggestions on optimization. Visual Studio also gives a complete answer for building, testing, and tracking the app’s performance. Allowing to run automated UI tests and finding out the issues before release.

After the Ximian was taken by Microsoft in February 2016, Xamarin authorizing arrangements went through a couple of changes. Xamarin SDK, including runtime, libraries, and order line kits, has gotten open-source and accessible for all under the MIT permit as a piece of Visual studio.

Where people enjoy their work and travel. TravleBee is such an organization that wants to become very very flexible and premium. With max luxury and pure politeness and humble behaviour, we will be what everyone dreams to become.