Home > DeveloperSection > Articles > Linux or Windows Server? Which to Choose For Hosting Your Website?

Linux or Windows Server? Which to Choose For Hosting Your Website?

When you have the task of choosing a website hosting company for the first time, you may also have to make another choice: hosting plans on Linux or Windows Server. Okay, but what is the difference between Linux and Windows server? This is the first and most frequent question that many are asked.

First, it is important that you have an open mind and avoid prejudices and fears. The choice, although based on purely technical aspects, does not require you to be a technology expert or have advanced knowledge of anything.

Which operating system to choose?

When you think in terms of the hosting environment, there are some very objective aspects and others not so much, but they help you to choose between each of the operating systems available for web hosting:

When the site is developed using ASP, .NET or C #, Windows servers must be used, since they are programming languages created by Microsoft and that only run on this operating system. Virtually all of the others are either native to Linux or run perfectly on this system, just like PHP, Perl, Python, Ruby on Rails, etc. 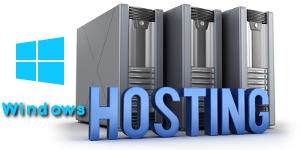 The fees for licensing services and applications that run on Linux servers , including the operating system itself, are often free or when paid, generally have values well below those practiced on the Windows platform.

The technical characteristics of the Linux operating system, ranging from the file system used, including hardware management, process handling, among others, results in a more stable environment with better performance and less hardware requirements compared to Windows. This also means lower costs.

The structure of administrator, users and groups, as well as the attributes and permissions of Linux folders and files, constitute a more secure structure than Windows. And being Open Source, the Linux Kernel - which is the heart of the operating system - is accessible to a wide and diverse range of developers who are able to create patches and updates.

The services most commonly used on Linux application servers have been shown to be extremely more stable compared to Windows. It is common for Linux servers to operate for more than a year without rebooting, which is difficult to achieve with the Microsoft system.

Due to the characteristics of the operating system, Linux-based servers generally require less maintenance and, when necessary, are usually faster.

Generally, some of the main differences between Linux and Windows servers are not entirely apparent and either one or the other, do their job well. Therefore, two must be the main factors in determining your choice:

If your website and / or web application uses Microsoft language and services, you will necessarily have to choose a windows web hosting plan.

However, if your site makes use of the various other languages and services that are supported on Linux servers, the cost, performance, security, maintenance aspects, which are felt mainly in the most critical moments, end up being decisive in the choice of plans in an environment Linux, which today is the most used option globally in hosting.