Home > DeveloperSection > Articles > Why Graphene Is the Future of Car Technology

Why Graphene Is the Future of Car Technology 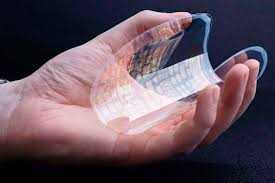 Since its first isolation case at the University of Manchester in 2004, graphene has become one of the most intriguing materials that can easily be manufactured.

With the use of chemical vapor deposition, or CVD, the growth of graphene has been drastic over the past few years. With the influx of this material, companies in a variety of industries, particularly the automobile sector, can now begin using it. Here are some reasons why graphene is the future of car technology.

Lightweight and Durable Parts
Today, many cars are created using steel. While it's durable, it can be quite heavy, meaning vehicles consume more gas to move. A current solution to this is carbon fiber. However, it's expensive because it's difficult to mass-produce.

On the other hand, graphene can solve issues both materials have. Since it's composed of a single atomic layer of graphite, it can create more durable but lighter car frames and components. This makes gas consumption more efficient since the vehicle made from it weighs less. It can also be mass-produced with the use of graphene CVD. This makes its creation more affordable compared to that of carbon fiber.

Increased Battery Capacity
Current cars use two types of batteries: lithium-ion or lead-acid batteries. These are responsible for providing electricity to different parts of the vehicle. They've proved to be a reliable source of energy, but they have limited capacity to power an electric vehicle for a long period of time.

Graphene can be modified into an electricity source - a supercapacitor. It can be used as an additional component to electrically-powered vehicles to complement the present batteries. It's extremely thin and film-like, and it consists of two layers of graphene with an electrolyte layer in the middle. It can provide a surge of power whenever an electric car needs it for acceleration.

Better Electric Components
Graphene has strong electrical conduction, so it can be used as a material to improve a vehicle's circuit board. Because of its property, the components' response time will be faster. It's also resistant to water, so even if the auto is flooded, its parts won't get damaged.

Improved Corrosion Resistance
Graphene has a natural resistance to rusting. If used as a car frame, the vehicle won't have any problems dealing with corrosion. This is another reason why it's ideal for an auto.

This element can also be easily dispersed in water or other solvents. Instead of being used as a solid material, it can be turned into a liquid for a protective coating or paint. It can be applied to current cars' bodies to make them impermeable to water, gas, and chemicals. Rusting can now become a thing of the past.

As you can see, CVD growth of graphene allows manufacturers to mass-produce this material so it can be made into different auto components, improving the technology of future cars. That's why cars made from this material may possibly take over the automobile industry soon.