Home > DeveloperSection > Articles > Why India Needs More Cybersecurity Professionals And How You Can Be One!!!

Why India Needs More Cybersecurity Professionals And How You Can Be One!!! 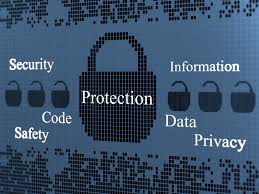 In this year’s budget speech the Finance Minister spoke of a mission to be set up “with a target of 2,500Crore digital transactions for 2017-18” via multiple platforms including BHIM and IMPS. This push from the government has opened up a glaring issue that needs to be handled while India merrily begins its digi-payments journey: Cyber security.

Indeed, recent allegations by Skoch group’s Chairman Sameer Kochar created furor in the media and political circles alike when Kochar wrote an article showing purported hacks of the Aadhaar system. This has brought back memories of several hacks and data breaches in the mind of the Indian populace while Industry experts feel that academic activity in the field of cybersecurity has to be encouraged.

Rewind to October 2016, when Indian banks including the SBI, HDFC, Axis Bank, YES Bank were the targets of a powerful hacking operation that compromised the card information of over 3.2 million customers. The sheer volume of people’s money held in the vaults of these banks throws some light on how destructive these attacks can potentially be and how much more is on stake as banks continue to function in an increasingly riskier cyberspace. Another noted case was the Legion hacks case where email accounts of individuals like Rahul Gandhi, Barkha Dutt, Ravish Kumar and Vijay Mallya were surreptitiously accessed and then dumped for the world to see. Then there are scarier cases like the Deepak Nitrite hack where a hacker group took over the Gujarat based company’s email server and directed a customer to transfer payment money to another account and that too in Malaysia!

Now at this large scale of transactions and millions of them happening every month, the risk of another attack is only looming large. A CISCO report says that the world currently has about 1 million unfilled positions in the (cyber) security bracket and that hackers responsible for 20 percent of revenue losses across the globe.

In this light, the need for cybersecurity professionals and IT students specializing in cybersecurity is quite evident and here are some of the institutions that can help you acquire this almost “esoteric” knowledge and make you the most wanted professional in your field:

The list is non-exhaustive and you are urged to undertake further research into more institutions offering such programs. Several foreign institutions also offer programs in this field.

The gist, however, is that if you are a computer professional or a computer science graduate then a huge, competitive and rewarding market is waiting ahead for you. With momentous growth in the field of cloud based services and digital payments, all and any attempts to bring them in tandem with Aadhaar will only open further avenues for a cybersecurity professional and clearly the best time to be one is now, for the future is bright!