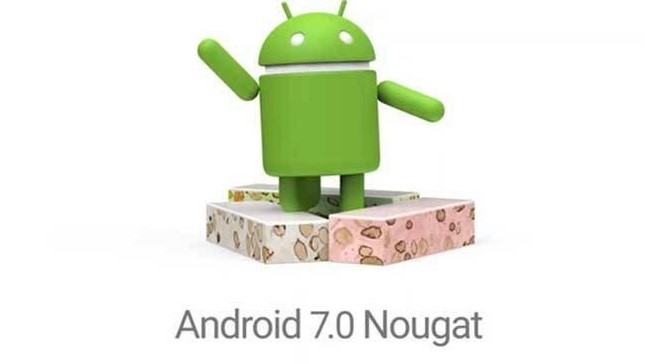 Google’s latest Android version 7.0 Nougat is released. In August 2016, the Android Nougat started rolling out worldwide on Nexus devices. Introduced in March 2016 as Android N, the all-new OS comes with a host of new features. These improvements in terms of performance, battery & data, notifications, security, productivity, accessibility and more.

Following are the top 10 features of Android 7.0 Nougat that are totally worth

Android devices by manufacturers like Samsung and LG are already supporting multiple
apps in the same window for a long time. However, Google is finally making it a native OS Android with the new version.
Android Nougat will allow users to operate two apps in split-screen mode on not just Nexus devices, but also other devices that will get eligible updates. The OS will change the display with new dimensions of various apps and allow users to recreate it too.
For example, users can dodge an Fb post and watch a video on YouTube at the same time.

In Android N, when you slide down the notifications pane it now supports more Quick Settings. You can now have up to nine toggle buttons in a single Quick Settings screen, and by swiping to the right more options can be accessed.

Google keyboard is also getting some new features in Android N. Google is bringing new themes on the keyboard, which users can further customize themselves by adding colors or by adding or removing borders between keys. It also includes Unicode 9 certified new emoji characters.

In Android N, this is probably one of the biggest feature update coming. The new mobile OS brings an enhanced feature, now users can directly reply to their chats on notification panel and expand them in more ways than what users can do in Marshmallow version. This allows access to more options and quick toggles without swiping down the notification shade twice.

Doze is getting a few enhanccemnets of its own with Android 7.0, a feature that was introduced with Marshmallow version, In Nougat, Doze will work not only when your phone is not in use, but also when the screen is locked. This is more likely expected to improve the battery life of devices that are running on the latest version of Google’s mobile OS.

Android got is native file manager with Marshmallow apart from file manager apps have been available on Google Play Store from a long time. However, it has quite basic features and does not let you do much things other than exploring folders and copying files. The native file manager is getting new features, with Nougat.
Among these are hamburger menus, searching ability by file types and folders, Google Drive integration and the option to move and share files. You can even have multiple interfaces of the file browser open at the same time.

Android latest version allows users to block phone numbers at the system level, i.e. directly from apps like Dialer, Hangouts and Messenger.
If a number has been blocked at system-level, other apps on the device will also block it without any action required from the user’s side. Additionally, also third-party apps will block those numbers automatically.
What this means is that a number once blocked via the Dialer app will also be blocked from anywhere else apps like on Messenger and WhatsApp automatically.
Do comment, and tell me about how you like all the features and new version of Android.
Modified On Sep-07-2019 12:16:31 AM