The Unified Modeling Language is a standard of specifying, visualizing, documenting modeling language used for:

The Unified Modeling language was developed by Object Management Group in 1997. UML is a language for business analyst, Software architects and it is also used by the developers for describing, specifying, documenting, etc.  UML is process independent and could be applied in the context of different processes.

In this section we will discuss all types of diagram:

Class diagram is used to represents the static view of an application. Class diagram are backbone of nearly every object oriented programming. This diagram is described as the static structure of a system. It shows relationship between attributes, object, classes and operations.

Class diagram are used for many purposes, including detailed design modeling and both conceptual/ domain modeling. The class diagrams are the only diagram in UML which can be mapped directly with object oriented languages and so they are widely used at time of constructions. Following is an example of class diagram: 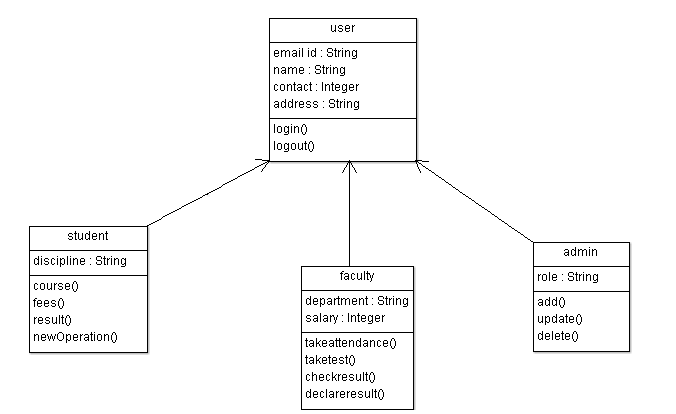 Above is an example of college management system which is described as:

A user is a base class which has three derived class: student, faculty and admin. These three classes inherit the properties and methods of base class or parent class.

Following is an example of object diagram: 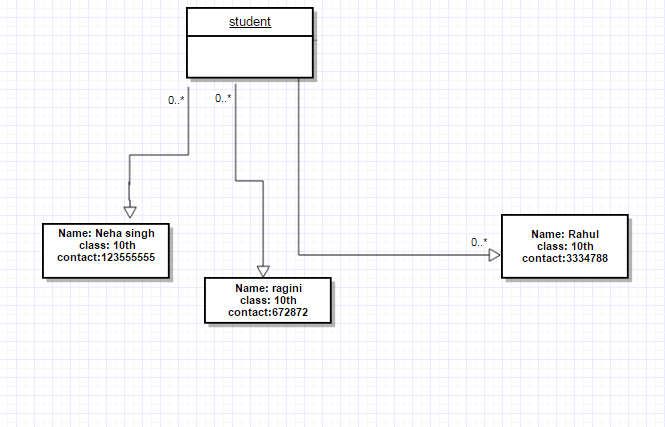 Package diagrams can be built either physical or logical relationship. Package diagram allows you to organize model elements into groups, which makes UML diagrams simpler and easy to understand. Packages represents the file folder that can be used on any UML diagrams, they are most common in use case diagrams and class diagrams as they have tendency to grow. Following is an example of package diagram:

These diagrams are used at the time of implementation phase of an application. This diagram is necessary because application cannot be implemented efficiently. Following is an example of component diagram: 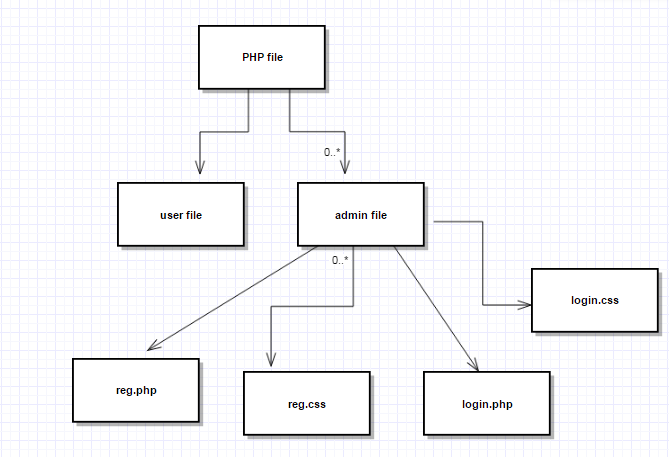 Composite diagram are used to show the internal structure of a classifier. It also shows the classifier interaction with environments. The term “structure” of a classifier means the composition of interconnected elements, represents the run-time instance that collaborates over communication links to achieve objectives. In other words, composite diagram show the internal part of the program. 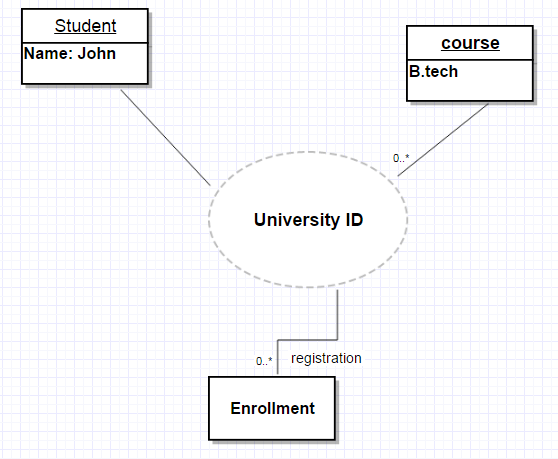 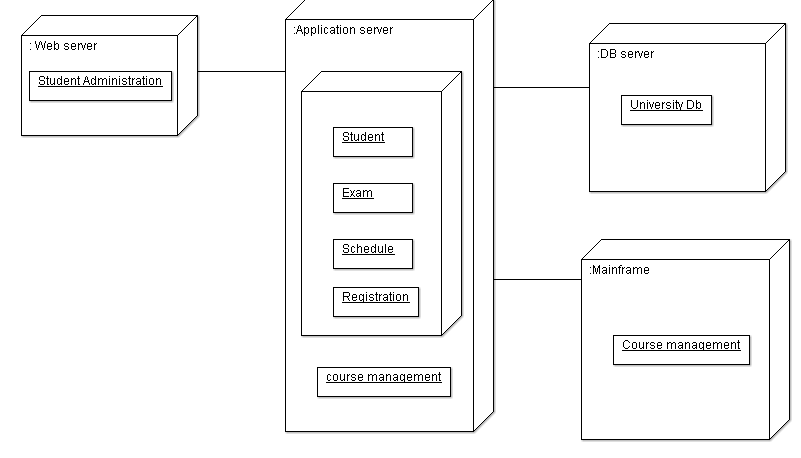 Activity diagram describes the operation of the system. These diagrams are not only used for dynamic visualization but also used to construct executable system using forward and reverse engineering techniques. 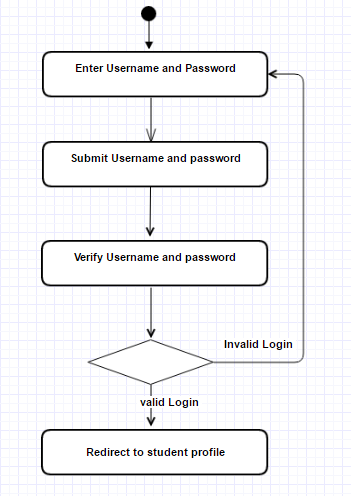 Sequence diagram are also known as event diagram. These diagrams describe the communication between the classes by exchanging messages over time. It is a good way to validate and visualize various runtime scenarios.

These diagrams focus on the message communication between the numbers of lifelines. Sequence diagram describes the communication on the basis of sequence of messages that are exchanged. These diagrams are the most important UML for dynamic modeling, which focuses on the identifying behavior within your system. 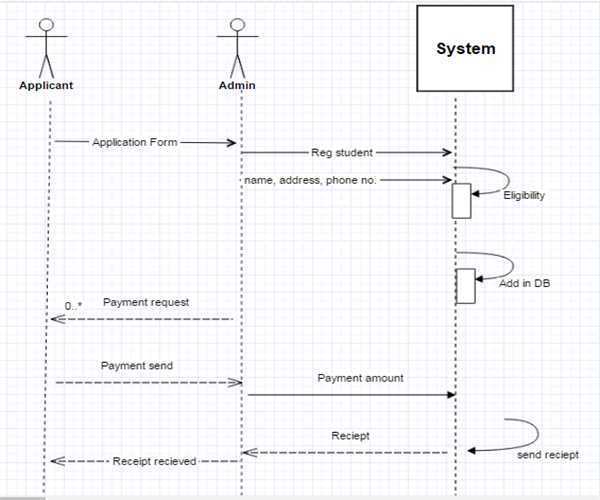 Symbols and notation used in Use case diagram

System:  System boundary is drawn using rectangle having use cases. Actor is places outside the rectangle or system.

Use case: use case is drawn in oval shape. Label the oval that represents the system functions.

Actor:-It is the user of the system.

Relationship: It is a relationship between an actor and use case. A relationship can be include and extends. An arrow is labeled with include or extends. 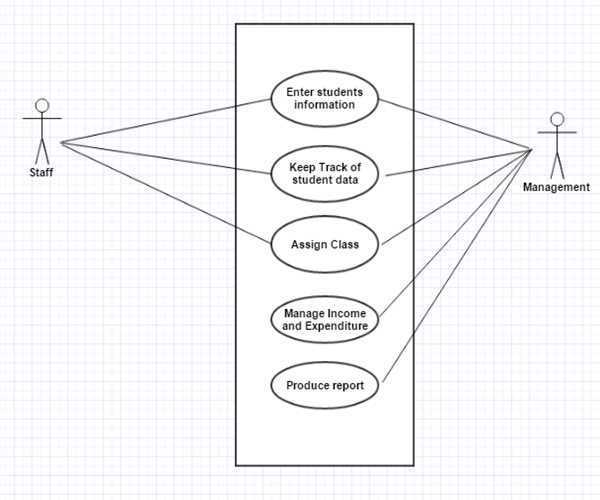 State chart diagrams are also known as state machine diagram and state diagram. These diagrams describe the behavior of the system. State diagram are used in reactive objects whose states are triggered by specific events. 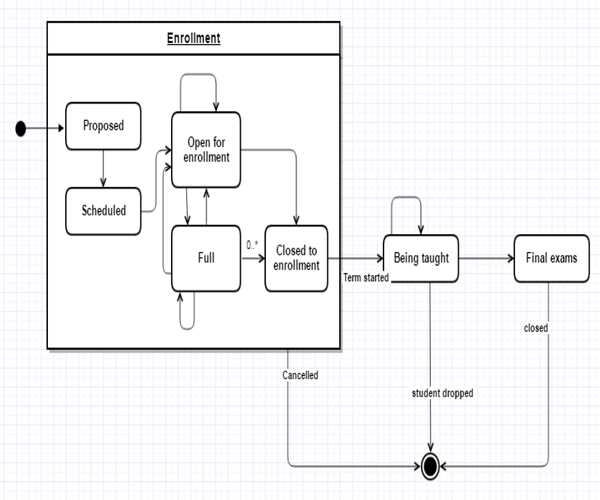 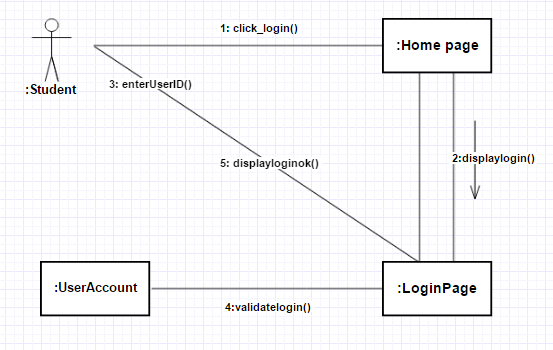 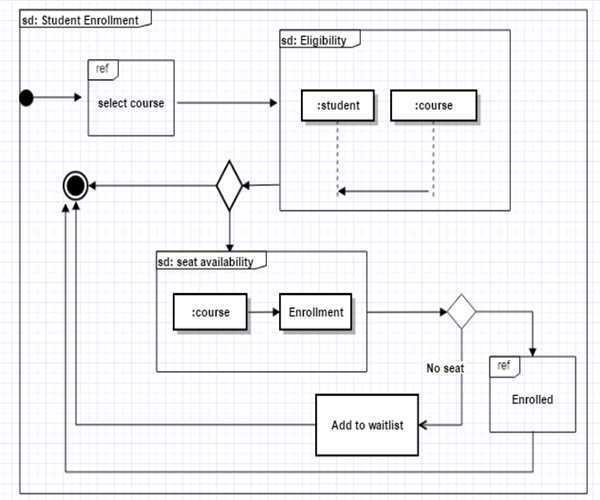