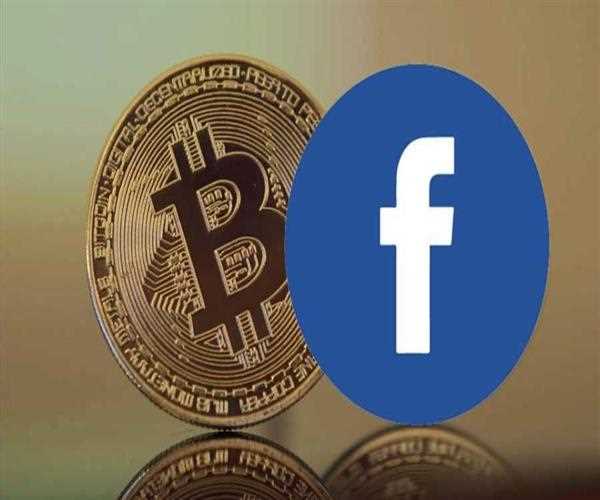 Cryptocurrencies have been a part of our world for a while now. They make online transactions easy and secure. Most people are aware of cryptocurrencies due to Bitcoin. However, Bitcoin isn't the only platform that uses blockchain technology. Today, digital currency is a part of many sectors- including banking and healthcare. Now, social networking company Facebook is also trying its hand with cryptocurrency for WhatsApp.

Although 2018 wasn't a very good year for Facebook due to events like data leaks, initial months of 2019 are turning out to be in the company's favor. Earlier, there were rumors that the social media giant is planning to launch its own cryptocurrency as early as the first half of 2019. A few weeks ago, reports emerged and claimed that Facebook had started hiring cryptocurrency experts to build its team of blockchain experts. Now, it has been found that all the rumors were true. Yes, the company has been developing its own cryptocurrency.

Now, there are reports that Facebook is about to launch its very own cryptocurrency to make online payment possible through the social media platform. If these reports are true, then the social networking service company has several blockchain projects in its mind, including a type of stable coin.

According to people familiar with the matter, Facebook currently houses a team of more than 50 engineers to work secretly on its blockchain projects. They also said that the company may launch its own cryptocurrencies in the first half of 2019. The virtual coin is expected to be pegged to the value of the US dollar and other international currencies.

The new reports have emerged several months after former Facebook Messenger head David Marcus revealed about an exploratory blockchain group. Marcus made the announcement in May 2018. In a Facebook post, the former PayPal president disclosed about his new challenge- Setting up a team of experts to find how to best leverage blockchain across Facebook. For the project, his idea was to start everything from scratch. That time, Marcus didn't reveal more about Facebook's centralized Blockchain acceleration plan. It is believed that Marcus is heading the virtual coin project.

A few weeks ago, Alex Stamos, the former Facebook head of information security, also shared his thoughts over the new project through a series of tweets. According to him, it's one of a kind project which is going to add more security to the social network and its services.

Blockchain enthusiasts see this as an opportunity for the social networking company to resolve many of its recent problems. On the other hand, there are people too who think the cryptocurrency project is going to get more troubles for Facebook and its team.

Although the last few months weren't favorable for Facebook, the social media giant is known for its forward-thinking. As of December 2018, the network had more than 2.32 billion monthly active users who believe Facebook is an ideal platform to connect with people sitting thousands of miles from them.

Facebook has always shown its interest in developing new technologies to make users stay up-to-date, and centralized blockchain acceleration is its newest target. Although the company hasn't revealed its detailed plans about its new blockchain technology, there are inside reports suggesting that the network is planning to introduce cryptocurrency to make a payment for purchases on the network. It is said that the blockchain model which Facebook has chosen is very much similar to one that of Bitcoin.

A few years ago, people knew about cryptocurrency because of Bitcoin. It is a digital currency that is extremely popular in many of today's industries, which include banking, healthcare, government sectors and others.

Different from a tangible piece of currency, cryptocurrencies are digital assets that people can exchange online with each other. Here, they don't have to be dependent on banks to transfer an amount in a secure way. They can quickly make a transaction without paying any kind of fee to any medium.

Generally, a blockchain network works to enable cryptocurrency transactions. It consists of a technology that makes blockchain decentralized in order to successfully confirm a transaction before it is processed. In this way, it makes an online transaction secure. In the case of a cryptocurrency, a kind of digital currency is converted into a number in a database which showcases a value. This is a number that doesn't adjust unless certain conditions are matched.

When it comes to FB cryptocurrency, the blockchain project is still under development. The company's project managers and engineers have to analyze numbers of things to understand factors that may contribute to its success. It is being said that FB cryptocurrency is going to play a different role than Bitcoin. There are chances that its access will be limited to the Facebook network. On the other hand, the network has a huge fan base. Even if the company introduces the cryptocurrency for its own platform, there are high possibilities that many are going to like it.

Facebook isn't the only social media network working on a cryptocurrency project. Telegram with its 300 million global users is working on a centralized Blockchain acceleration project around its own cryptocurrency. As per rumors circulating in the market, the Telegram digital currency will be called Gram. Apart from Telegram, Signal is also believed to be launching its very own currency, called Mobilecoin. The company collected more than $30 mn in 2018 for the project and it is planning to release another $30 mn.

There are many others like Telegram and Signal who have been working on blockchain technology to provide people with a secure cryptocurrency. It means Facebook is going to have a tough competition in the future to introduce its own digital currency and make it a hit. What are your thoughts on Facebook plans around a cryptocurrency feature? Do you think it is going to be a game-changer for the social network or it may ruin the game?