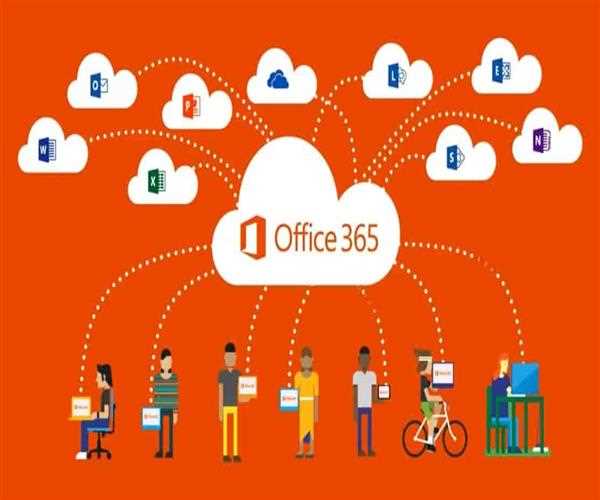 The CTO of fintech startup Loanatik, Glenn Jimerson, found that with an earlier startup. Stated, “I’ve deployed Google Apps in three different startup and I personally like it for many reasons, including the price; it’s great bang for the buck.” But while founders and employees who are young, especially Mac users, were happy with Google Apps for the basic document tasks they were doing, other, older workers found they weren’t as productive without Office. “I got a lot of backlash; they weren’t happy that it wasn't Outlook. They really wanted to use PowerPoint to do their presentations.’”

The new CEO insisted on using Outlook for work. Office 365 made more financial sense than just buying the Office software, when all the options are looked by the Jimerson. “We would pay Google Apps $5 a month and then we'd have to buy the Office suite for each computer. A person who's used to an Office environment have to be pushed into a Google cloud, they're going to feel this vacuum as they no longer have the programs they're familiar with. It depicts a huge investment in time that people aren't going to be receptive to. And you have Microsoft saying ‘you could have all these great programs for just $3 a month more, you're used to. Now they’ve got the pricing so you get more than you get on Google, what Microsoft is offering is great, and for $3 more it’s a premium worth paying. For a reason, Microsoft is still the leader of area.”

Also Read: Why companies are switching from Google Apps to Office 365

It doesn’t proved important to the startup that the cloud aspect of Google Apps were trying to prove and it wasn’t why they switched to Office 365. “Most of the employees were fine with the idea of the cloud but it wasn’t the main reason; the cloud was nice to have but they didn’t necessarily see it as a productivity enhancement.” In fact, more employees were focused on working offline. “What will happen without Internet, if I'm in an aero plane with no Wi-Fi, can I still work? Their answer is ‘I want Office for that’.”

From the start he has used Office 365 in his current company he notes “I brought up Google apps but nobody was willing to be that cheap about $3 a user” and OneDrive is one of the most popular features “People like it; it’s taken over from sneakernet and emailing back and forth. People just toss it up on OneDrive, when they need to work together”.

Also Read: Why To Migrate to Office 365

Outlook and Excel features come up again and again as advantages for the companies who had made the move away from Google Apps. A service provider of Skykick, Erik Jewett, partners use to migrate customers to Office 365, hears that particularly from power users. “In Excel, there are rich capabilities that aren’t matched by Google apps.” In Outlook, calendar sharing is important, as is delegation. “Administrative assistants can manage their manager's calendar; they don't have that type of delegation with Google apps.”

Many consultants has helped several businesses move from Google Apps to Office 365. They noted “Quite frankly, Google is completely outclassed by Office 365 in this arena and despite the price difference corporations who made the switch to Google Apps to save money usually end up coming back within a year. The primary driver of this appears to be Outlook integration over everything else, followed by the inability to do some advanced things that Microsoft Office excels at.”

This goes beyond the familiarity of Outlook into advanced features for larger organizations. “You can integrate OneDrive for Business into Outlook, you can integrate Skype into Outlook. It becomes necessary like a command center, and there is nothing Google gives you that does that.”

“The reason people have been moving to Google is cost,” a consultant says. “Most companies I've seen that have decided to move to Google, it was primarily for cost savings. They say ‘we get email, we have all these things and it’s significantly less expensive than having to buy a copy of Office for everyone and hook up a mail server. But a lot of people don’t find the usability and collaboration nearly as effective as Office 365.”