Rising sea-level a cause of worry!

Sea level rise is a genuine problem all across the world today. The world’s largest space organization NASA has taken a step forward in it. For a long time, it was working towards the rising sea level. And now ultimately it has developed a tool that visualizes the data of rising sea-level in the upcoming decades.

The Sea-Level change team at NASA has developed a sea-level projection tool that has the efficiency of providing extensive data on the future rise in sea level. The Intergovernmental Panel on Climate Change (IPCC) devised a system that shows the rising sea level at various locations of the world. It is easily accessible to the public and stakeholders.

When you click anywhere on the global oceans and coastlines between 2020 to 2050, you will see a detailed report on the rising sea levels. The tool will deliver reports for location-based projections at NASA’s sea-level portal. This is a one-of-a-kind invention where one would be able to see how sea levels change on the local level using the online tool.

The sea-level projections will be formed as usual by the data gathered from satellites and instruments on the ground, analyses, and computer simulations.

The information is available in user-friendly and accessible way, alongside maintaining scientific integrity.

It also helps to develop a focus on the cause behind the sea-level rise. Some of such processes are: 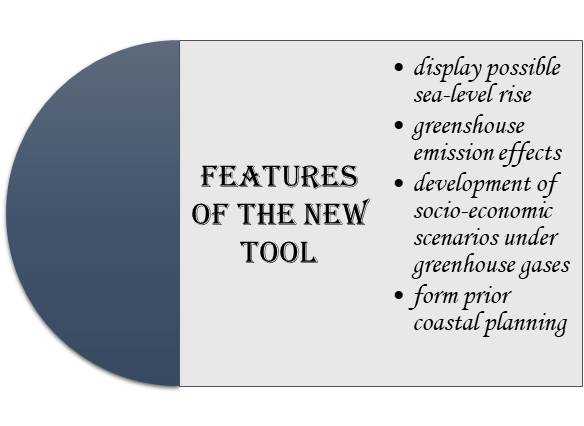 The sea-level projection aims to help governments and organizations across the countries forecast the future of planning and development in this domain. Not only this, it will save the last-minute hurry during such disasters. When the organizations would be well-informed, they would make better decisions and deploy resources in the areas where the alarming rate is high!

It is also a great tool from the perspective of future scientific research and information which will help to broadcast information and facilitate accessible knowledge sharing. This data is the foundation to expand the environmental versatility of countries that have enormous coastal populations, frameworks, and economies that will be directly affected by the rise in sea level. And anyways, the clarity of data helps in saving many livelihoods too.