Home > DeveloperSection > Articles > How to leverage ReactJS for Beautiful UI ?

How to leverage ReactJS for Beautiful UI ?

Summary: The popularity of React native as a JavaScript framework can be ascribed to its designer-friendly elements besides core aspects like performance and reusable components. Here we are going to explain the key advantages of React Native framework from the developer’s perspective.

React native as a JavaScript framework for cross-platform development is already popular and widely used. In the last two years, it grew in popularity more than any other frontend frameworks. As a designer with a keen interest in coding, I always found React Native as the exceptional framework to bring together the performance and sophistication of UI design. React is very friendly to modern UI design and practically offers all that a modern UI designer needs.

Let me start by clearing a common confusion. Let us be clear that we referring to React in creating beautiful UI, not the UX. User Experience or UX encompasses practically everything including the interface that shapes the user journey and user appreciation of a mobile app. The user interface (UI) relates to only the frontend app interface that visually appears as the look and feel of an app. React as a frontend framework helps to create a beautiful user interface.

Designers Need To Involve In Coding

Many designers ask in awe how come UI designers get involved in coding or development frameworks. The same question haunted me as well. Actually, mobile app developers and designers are already used to this compartmental notion. But with the new range of versatile frontend frameworks, the role of designers and developers basically overlapped into each other.

A basic principle that is agreed upon by most UI designers is that less coding leads to lean and clean UI. This is where a cross-platform framework like React has a big role to play. Where the mock-ups end giving a basic idea of how the app will look like, the role of coding to deliver the design output through expected app behavior and reaction begins. By getting involved in coding the UI designer can actually ensure optimum output in terms of user interaction.

The UI Design Now Is More About Components Than Only Screens 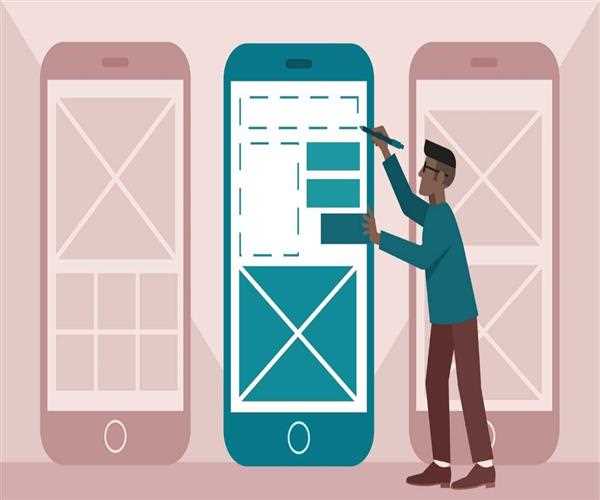 With the increasing level of sophistication, mobile apps are getting more complex and multifaceted than ever before. Most of such multifaceted and complex apps require several development teams working in collaboration for different features. Naturally, the tasks related to app UI design remain no longer limited to screens. Earlier all that UI designers needed to do is to deliver particular app screens before they are taken up by the developers for implementation. Now, after designing the screens the UI designer also needs to define UI components with clear documentation.

At my initial days in working with React, I always found the comprehensive documentation of React as a guiding force. React allows you to learn and master the art of UI design and integrating functions as you work with the framework.

While using React we designers basically provide the component blocks like a Lego game. For such a development process to work, there are several quality frameworks that provide clear pathways to accommodate the designer and developer output. From Material Design to Bootstrap to React, we have several frameworks to help designers and developers work in an integrated manner.

A Reason For Designers To Prefer to React

I can tell you a lot of factors to prefer to React to deliver optimum design output. There are many ways UI design with React works better than with traditional HTML/CSS coding. Let me explain some of the key reasons for designers to opt for React. 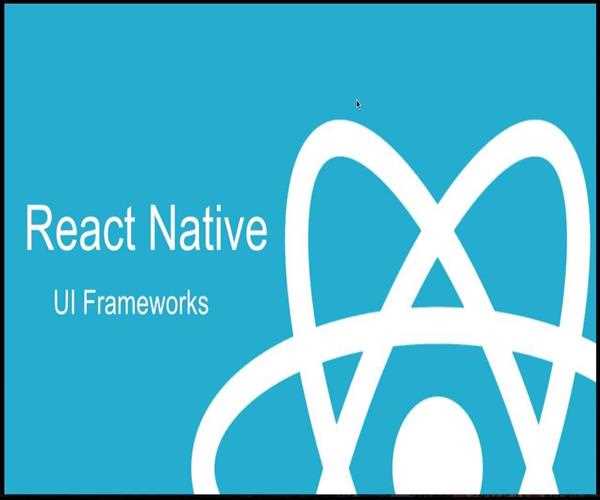 React Bootstrap is the extension of the Twitter Bootstrap framework for React Native app development. This is another popular library on GitHub having earned already 13 stars. It is expected the library will soon provide support for the latest Bootstrap v4.

The grommet is another robust UI design framework that comes loaded with a lot of useful UI components. The system built by Hewlett Packard offers comprehensive guidelines for all aspects of design starting from layout to coding. The framework has already become popular thanks to a simple and visually appealing design.

This is another great UI library for React developers that offers an array of high-quality design components to help developers delivering rich, interactive and immersive UI elements. The library offers a complete package of resources and tools for design and development.

Blueprint is another superb React UI library which can be useful particularly for building data-centric and multifaceted web and app UIs. This library comes with a chosen variety of CSS and JavaScript components.

Reactstrap having tremendous popularity on Github within two years from its launch is a great library which is often compared with Bootstrap with the positive difference of its exceptional ease of use. For creating awesome UI output lot of React UI developers prefer it.

This is another most popular React UI library that uses semantics in design elements. It has already gained huge popularity with 6.5k+ stars on Github and by being used for leading apps across the globe including Amazon and Netflix.

React is already popular among modern UI designers across the world thanks to exceptional design output for complex UI design tasks. A broad range of ready-to-use library with tools and components further gives UI designers reasons to prefer React.

Atman Rathod is the Co-founder at CMARIX TechnoLabs Pvt. Ltd., a leading web and mobile app development company with 13+ years of experience. He loves to write about technology, startups, entrepreneurship and business. His creative abilities, academic track record and leadership skills made him one of the key industry influencers as well.