Who had thought of the internet and artificial intelligence grow so fast? But here we are in 2021, willing to dip our toes in its puddle. The first rollout of this technology was in early 2013 when Samsung decided to develop it. Since then, it has been adopted by various places and given optimum results. But it is still at an incipient stage, because not every nation is aware of its outcome. Also, there is a problem with compatible devices that support the 5G stream. Although many new devices are coming with the inbuilt 5G technology, there is still a long way to go. 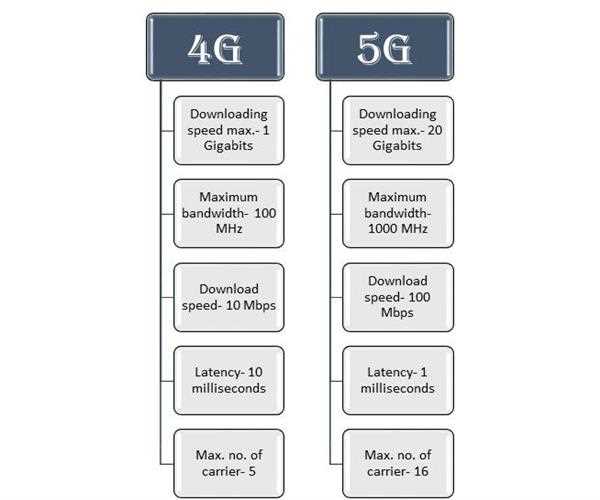 The above figure explains how the usage of 5G technology is better than the usual 4G technology which we were using. Although the testing has not been possible in many regions soon the good news is going to come. This is because many companies are working in this direction across the world. One such company is Bharti Airtel in India.

Airtel has successfully conducted India’s first cloud-gaming session in the 5G network. They say that due to the low latency and high speed of the 5G environment, cloud gaming would be the biggest usage of this technology. Low latency is required when the games are streamed on the cloud and the time taken for the data to travel from the server to the user’s device should be minimum. Since Airtel conducted its cloud gaming in its 5G test lab in Manesar, it justified that the country is ready to be savored with the services of 5G. Cloud gaming is becoming popular because the dependency on devices and the cost of gaming reduce drastically.

Cloud gaming uses the power of cloud servers (computing) to stream the resource-intensive games to those devices which otherwise don’t support such games.

In the gaming industry in India, cloud gaming using the 5G network would be one of the first uses of the network. India is preparing itself for future uses of 5G. Although there are some limitations in doing so because of the brands who are interested in giving shares in India, it has some trusted partners as well as homegrown industries like Bharti Airtel to prosper in this way