Home / DeveloperSection / Blogs / Hate speech on social media: To censor or not to censor 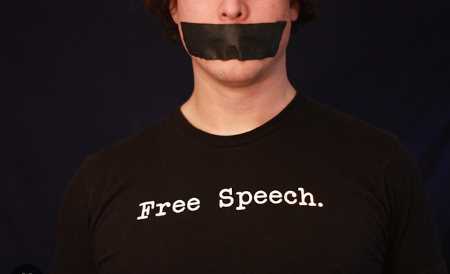 Hate speech on social media: To censor or not to censor

Attacks on immigrants and other minorities are increasing, which has sparked fresh questions about the relationship between inciting speech online and violent acts as well as the state's and corporations' roles in speech policing. Analysts claim that global patterns in hate crimes mirror shifts in the political landscape and that social media can amplify tension. At their most severe, online falsehoods and insults have fueled violence that has ranged from lynchings to ethnic cleansing.

How pervasive is the issue?

On almost every continent, incidents have been documented. Nearly a third of the world's population uses Facebook alone, and many people increasingly converse on social media. According to experts, as more and more people have moved online, those who hold racial, gendered, or homophobic prejudices have discovered niches that can validate their beliefs and incite violence. Additionally, social media platforms give violent actors the chance to promote their performances.

Social scientists and others have noted how online speech, including remarks on social media, can inspire acts of violence:

The far-right Alternative for Germany party's anti-refugee Facebook posts and attacks on migrants were linked in Germany. Researchers Karsten Muller and Carlo Schwarz noted that actions like burning and assault increased after rises in posts promoting hatred.

Recent white supremacist attacks in the US have been carried out by individuals who have been active online in racist communities and who have used social media to spread word of their crimes.

Do hate crimes on social media spark off others?

Hate organizations that want to organize and recruit members can utilize the same technology that makes social media a powerful tool for mobilizing democracy campaigners. Additionally, technology makes it possible for fringe websites to reach audiences much larger than their main readership, including conspiracy theorists. The commercial structures of online platforms rely on increasing reading or viewing times. It is in Facebook's and other comparable platforms' best interests to allow users to find the communities in which they will spend the most time because this is how they make money by enabling advertisers to target audiences with razor-sharp accuracy.

How are rules enforced on platforms?

Artificial intelligence, user feedback, and a team of employees known as content moderators are all used by social media platforms to enforce their policies on appropriate material. While social media companies don't equally distribute resources across the various markets they serve, moderators are burdened by the volume of content and the trauma associated with sorting through disturbing posts.

In many ways, the discussions about how to balance the conflicting ideals of free expression and nondiscrimination have been going on for at least a century now, in courts, legislatures, and public forums. Due to the rapidly evolving communications technologies that have made it more difficult to monitor and respond to incitement and dangerous disinformation, democracies have taken different philosophical stances on these issues.

India. The government can ask social media platforms to remove content within 24 hours based on a variety of violations and to identify the user under the new social media regulations. Legislators from the ruling BJP have accused social media platforms of censoring information in a politically biased manner, disproportionately suspending right-wing accounts, and weakening Indian democracy as they work to halt the kind of discourse that has sparked vigilante violence. The BJP is criticized for shifting the responsibility for party leadership to the venues where it is displayed.

Hate speech in social media portals are usual act and people whoever wanted to show anger against anyone can throw it.