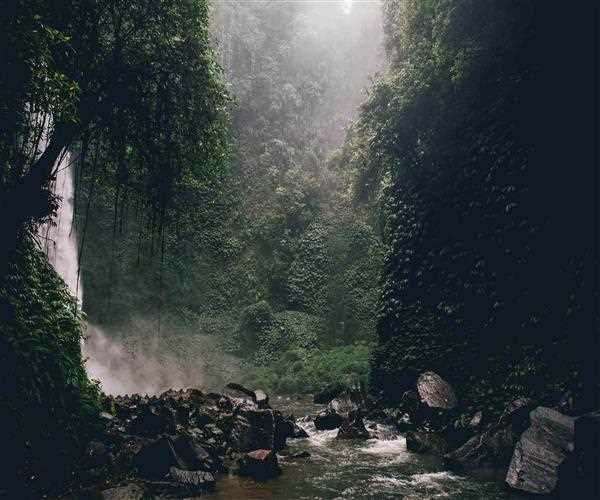 The benefits of Nature Sounds on Human Health

Imagine yourself in a peaceful and beautiful natural environment after a tiring and stressful day. Here you can only hear the chirping of beautiful birds, the rustling of leaves, and the sound of streams.

The beneficial effects of natural sound on human health have been known since ancient times. The ancient Greeks loved nature and this is reflected easily in their mythology. Ancient Greek mythology and nature are closely related, which proves that gods, humans, and Mother Nature are closely related to each other. Therefore, nature is the source of life, and this source has its voice.

What are the benefits of this sound for human health?

When the melody and notes of nature are one

The main elements of music are sounds and rhythms that are also found in nature. It's easy if you think about it. In nature, sounds are the voices of animals, such as the chirping of birds or the sound of the calm waters of a lake. On the other hand, everything in nature is rhythmic. Rain, for example, has its ow rhythm. The rhythm is hidden in the waves of the sea, even at sunrise and sunset. Also, the rhythm of music is reflected in the movement of the planets and the cycle of the seasons. In conclusion, nature and music are one, and nature influences music.

The majestic nature has inspired many classical music composers of different eras (Handel, Haydn, Vivaldi, Beethoven, Schubert, Debussy, etc.). Especially in the romantic period (1798-1837), the prevailing opinion was that nature is the mirror of the soul. In fact, amid the intense search for music, theorists and composers continued to pay attention to nature and its sounds for inspiration, new techniques, and ultimately new sounds.

Many composers have taken sounds from nature (insect and animal sounds, natural phenomena) and turned them into musical forms. On the other hand, the music itself affects nature. A typical example is a Greek mythology. According to Aeschylus and Euripides, Orpheus was able to bewitch stones with his lyre and magical voice. In general, the Greeks used the song to tame wild animals and at the same time associated music with the universe and even with the harmony of the human body and soul. This interrelationship between the universe and human harmony is similar to the theory of Pythagoras, which states that the universe is governed by the theory of supreme numbers, which also exists in music. As nature has influenced music, it will also affect people.

The relationship between natural soundtracks and human emotions

Each environment has a different sound. Because people pay attention to their surroundings, they are often not fully aware of these sounds. Several researchers have studied how people interpret soundscapes and how these interpretations affect behavior. As a result of the study, it was found that the sounds of nature affect the psychological development of people and express the quality of their emotions. However, not all sounds of nature affect the human mind in the same way. It depends on the characteristics of each sound and how the listener perceives it.

Biologically, sounds are invented by the human brain, played by the body, perceived by the senses, and, interpreted by the brain. The sound of birdsong or flowing water brings stability, relaxation,   and happiness. In addition, the sounds of nature have a special effect on the human brain and emphasize the experience. For example, certain natural sounds may evoke certain memories in the listener's mind. Research and studies show that nature sounds can help people see situations more holistically and place them in more specific contexts. In this way, personal opinions are expanded.

Thus, expanding our relationship with nature and its sounds can help us understand the special benefits of nature for human health, especially mental health. Researchers have found that the sounds of nature overcome anxiety and improve the functioning of the nervous system and human behavior. The soothing effect of contact with nature and unique sounds reduces aggression and violence and promotes peace of mind. It increases human interaction. Also, if you listen to the sounds of nature, you can reduce your daily stress and turn nature into peace of mind.

Researchers have also shown that human exposure to natural sounds improves memory and promotes synchronized brain activity. Most importantly, contact with the sounds of nature increases concentration and efficiency. Therefore, these connections are especially important for the healthy emotional development of people. There is no doubt that there is no better remedy than nature itself. Nature is full of color, life, and sound. This sound is like a perfume for the soul. The ancient Greeks believed that living close to nature ensured harmony and balance and uplifted the soul. So listen to the magical sounds of nature and feel the happiness of life!

All these sounds are part of the beautiful sounds of nature and are a very important gift to mankind. People feel peace when they touch this sound. So when you go outside, listen to the sounds of nature and free your mind and soul. If you live in a big, noisy city and wonder how this can happen, here is the solution.