Home / DeveloperSection / Blogs / Why is seeing yourself in the Mirror so Important? 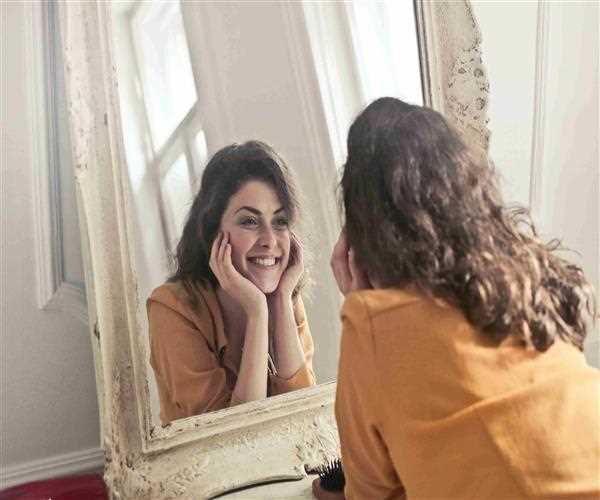 Why is seeing yourself in the Mirror so Important?

Historically, mirrors have been associated with vanity and narcissism. However, in everyday life, many people do not look at themselves. They don't want to engage in critical thinking about their appearance. We are socialized to compare our physical image to our ideals and norms. This is how we usually use mirrors. But whether we realize it or not, mirrors and reflective surfaces also play an important role in our psychological and emotional functioning. There are four major findings in psychology and neuroscience about how mirrors and reflections support our psychological well-being.

1. Reflection helps us understand ourselves.

Mirrors are used to test self-awareness in humans and animals. The researchers concluded that cognitive self-awareness develops if subjects can see that it is an image on a reflective surface. At about 20 months, children learn to recognize themselves in the mirror. Before that, they see themselves as wanting to play with other children or as being strange and suspicious. However, by 20 months of age, they can recognize themselves as other mammals such as primates and dolphins. Early in development, mammals that spend a lot of time with their mother perceive themselves through mirrors.

We develop a sense of identity through early interactions where caregivers respond in a way that mirrors or mimics our movements and expressions of emotion and provides feedback that we are separate from them and that our actions elicit responses. It seems we need a context outside of ourselves to perceive ourselves. Others reflect us as individuals, and so do mirrors.

2. Through reflection, we can change our perspective.

A classic variant of the study of self-consciousness involves applying a little paint to the subject's forehead while the subject is asleep or unconscious. The subject (human or animal) will try to wipe the stain off the forehead, not the mirror. Thus, it shows that the mirror knows that it is a reflection of itself. Humans and animals also show signs of shame in this regard, which shows how much we care about how others treat us.

As adults, many of us develop the habit of criticizing ourselves in the mirror. Although most people are somewhat self-critical, about 1% of the population has body dysphoric disorder (BDD), a mental disorder characterized by persistent preoccupation with one or more body parts that cause significant distress that interferes with daily functioning. . Mirror exposure therapy, along with cognitive behavioral therapy, has been used effectively to treat BDD. By looking directly into the mirror for long periods and explaining to the therapist what he saw, the mirror becomes a tool for the BDD patient to project a distorted self-image. How we look in the mirror is important. It makes a difference if it feels good or bad. Contrary to their prediction, researchers Windheim et al. (2012) found that participants with BDD as well as those without BDD experienced increased anxiety and self-criticism when looking in the mirror for 10 minutes.

This article documents various similar studies and personal experiences of becoming a sober turkey by staying away from mirrors for a few days to six years. These accounts are very similar. People first appreciate the break with relentless self-criticism caused by the mirror itself. However, as the experiment progresses, they begin to avoid social interactions and appear socially awkward. Why?

We use mirrors in face-to-face communication. To get feedback on who we are and what we're going through now. Looking in the mirror confirms it. Mirrors help us regulate and synchronize our emotions with ourselves and others. Mirrors simulate face-to-face interactions with other people. When we interact face to face, we get feedback from other people's reactions to what we experience inside. Research shows that face-to-face contact is important for the development of emotion regulation during childhood and throughout life.

4. Reflexes fix us on the body.

Mirrors also play an important role in how we perceive our bodies. Mirror therapy has been used to help people with nerve damage and amputations reconnect with the body. How does it work? In addition to sight, we perceive the body through proprioceptive sensations, movement perception, and spatial orientation due to stimuli within the body. Experiments using mirrors to create visual anomalies show that our brain wants a match between vision and proprioception. For example, placing a mirror so that the left-hand looks like the right hand usually creates a sense of confusion and disorientation.

A phantom limb is the feeling that the amputated or missing limb is still attached. About 60 to 80 percent of amputees experience painful phantom sensations in the amputated limb. Mirror box - a box with two mirrors in the center - one side facing both sides - was The mirrorinvented by B. S. Ramachandran for phantom pain relief. The patient stands with the mirror facing the remaining leg and moves the other leg to reflect it in the mirror and moves the amputated leg.