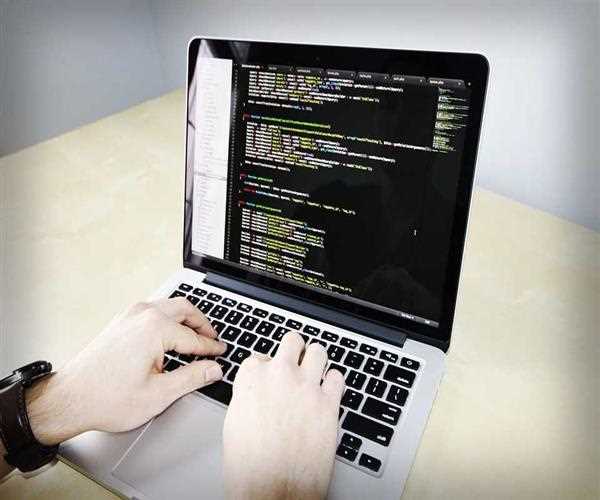 Unlike other programming languages, PHP is relatively a powerful and flexible framework which is designed to simplify and make a web application development process easier. This service-side scripting language is easy to use to develop a variety of web applications. Thus, some popular websites such as Facebook, Twitter, and WordPress are also powered by PHP. Simultaneously, more than two million websites or domains are running on PHP.

Furthermore, web application development is not an easy job that is why so many tools are available in the market to make your coding life much easier. But we can not denaturalize coding as writing code has become a fundamental approach for many emerging segments including IoT and AI.

Why PHP is the first choice of developers and business owners?

Well, there are plenty of reasons to like PHP.

After a long conversation with our certified PHP developers, we have come with the following results:

Eclipse has always been the first choice of developers due to its flexibility and reliability. It is one of the best tools of PHP, which supports several operating systems like Windows, Linux, and MacOS. Mostly, this Integrated Development Environment (IDE) is considered to build complex web and custom web application. This tool is loaded with integrated features that help developers to simplify the complex web app development process.

It offers many choices to go with this platform. Netbeans is the primary choice of developers to develop a web application and custom web applications. This tool was released in 1996 and purely written in Java, thus it supports other languages like C/C++, HTML5, and PHP. Building a complex website is easy in Netbeans as it supports advanced libraries and plugins. It supports many PHP frameworks, including Content Management Systems (CMS) such as WordPress, Drupal, and Joomla.

Zend Studio has always been on top in the list of best IDEs. Many developers around the world choose Zend Studio to build web applications. This tool is known for its outstanding optimal speed. In this tool, the programmers can write, and debug the code in an easy manner. Furthermore, this tool allows developers to deploy the PHP application on a number of web servers. Zend Studio supports the latest version of PHP.

Developers have become smarter than before as they have been utilizing the advanced features of PHP tools to develop web applications. PHP Designer is one of the best tools for those who have just started learning PHP. This IDE supports analysis, debugging, and editing the code. The integrated features like HTML5, CSS3, PHP, and JavaScript help php developers to develop impressive and multi-functional web applications.

Code Lobster is the most popular IDE in this arena. This tool is known for its advanced features that include syntax highlighting, SQL manager, code validator and, auto-complete. The free cross-platform and portable PHP IDE supports a number of popular PHP frameworks and CMS (Content Management System) including Laravel, Symfony, CakePHP, CodeIgniter, WordPress, Drupal, Magento, and Joomla.

Jet Brains had developed this IDE to make website development easier. Like most of the other PHP IDEs, this tool is also integrated with some advanced features that are best in class. This tool supports a number of PHP frameworks and CMS. The programmers can integrate advanced features like command line tools, version control system, REST client and Composer to build custom web applications. You can save massive time in building web projects as you can write code in CSS5, HTML 5, PHP, Sass, Typescript, JS, Stylus, etc.

In the tech world, you will find a number of tools and frameworks for free to build interactive web applications. PHP, Java, and Python are popular website development tools, that are being used in every corner of the world. Sublime Text is the most popular IDE of PHP framework, which was developed by Skinner & Bond on 18th Jan 2008. Moreover, the cross-platform editor with Python API has a number of advantages which makes it the best editor among the developers.

PhpEd is the most popular IDE among developers. This tool was provided by NuSphere. It supports the latest version of PHP i.e. PHP 7.1. This tool supports HTML5, CSS3, and JavaScript, which allows developers to build any kind of web applications. Using this, the programmers can write code across some commonly used PHP frameworks such as Laravel, Zend and Yii. This tool can also be used with MVC frameworks.

AWS Cloud 9 is an excellent IDE of the PHP framework. This tool helps programmers to write, run and debug PHP code on any web browser. The benefit of using this tool is its easy-to-use components, which simplify the PHP web application development. It also provides cloud-based web solutions to support a number of web technology components. It also provides amazing features such as code completion, code hinting and debugging.

Aptana Studio has successfully made its position among the top IDEs. Being an open-source and flexible tool, it shares advanced features with the developers to make the web development process easier. This IDE supports programming languages like HTML5, CSS3, Python, and Ruby on Rails. The developers can build and debug web application in a single environment.

There are a number of tools available in the market that have changed entire web development processes. Each PHP framework tool is unique and shares different properties. All the above-listed IDEs are different in terms of design, concept, usability, functionality, and usage. If you are planning to build a web application, then these tools are quite enough to stand you high.

Endive Software has developed more than 1000+ web and mobile applications for over 650+ clients in the overall world.