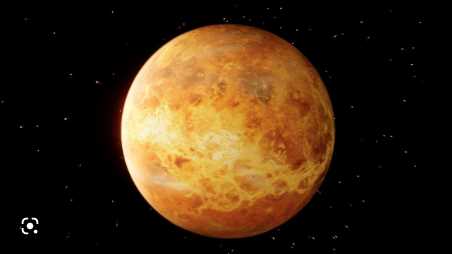 Venus is a lot like Earth, but it's also a lot different from it.

After sunset, the evening star (the planet Venus) rises gloriously in the western sky above the Pacific Ocean. Venus is the closest thing to Earth's solar system twin. About 0.81 times as much mass as Earth is Venus. It is approximately the same size. While the radius of the Earth is 6,378 km, its is 6,052 km (3,760.5 miles) (3,963 miles).

The similarity of their masses and sizes implies that they have a similar density and, thus, a similar composition. They are, however, completely dissimilar in other aspects.

Venus Is Extremely Hot Due to the Greenhouse Effect

Venus experiences a strong greenhouse effect because of its thick atmosphere, which causes the planet to become warmer. Venus has thicker clouds than Earth, although being much closer to the Sun. This results in Venus absorbing less sunlight. However, sufficient amounts of sunshine reach the surface and lower the atmosphere. Infrared radiation is produced by the absorption and emission of this sunlight.

Compared to the other planets, Venus rotates in the opposite direction.

You would observe the Sun turning anticlockwise if you were to look down on the solar system from a location above the Sun's north pole. The planets' rotations would all be uniform, with the exception of two. Venus' axis revolves around the clock. Its 'day,' which lasts 243 Earth days, is considerably longer than its year, which lasts 225 Earth days. (Uranus, which turns on its side, is the other rotating anomaly.)

The reason Venus rotates in the opposite direction remains a mystery. It's possible that prior collisions with massive bodies or solar tides affect Venus's extremely dense atmosphere.

Every 243 days, Venus leisurely rotates on its axis, yet every 4 days, the planet beneath its upper atmosphere whips around. Why? Although a precise explanation is unknown, speculation suggests that this so-called 'superrotation' is related to thermal tides brought on by the Sun.

Dark streaks in Venus' atmosphere were tracked to determine the planet's superrotation. We aren't sure what these streaks are or why the superrotation didn't mix them uniformly across the environment. Yes, ultraviolet light is seen by the streaks. These streaks could be proof of microbial life, according to one theory. Venus's surface temperature is close to 482 °C (900 °F), yet between 50 and 60 km (31 and 37 miles) above it, the pressure and temperature are similar to those on Earth's surface.

But what about the clouds of sulfuric acid? The bacteria might have molecules with eight sulphur atoms (S8) on them, making them resistant to sulfuric acid. UV radiation is additionally absorbed by S8.