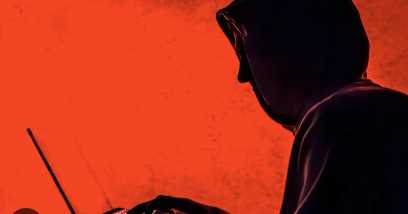 The use of social media to radicalize and enlist supporters for a cause is an effective strategy. When the user is around, it is constantly present. With the promise of camaraderie, approval, or a sense of purpose, it seduces its users. Half of its users struggle with addiction. 2 Users may choose the radical way knowing exactly where it would go, or they may choose the radical path and one day find themselves down the famous radical rabbit hole, ignorant of how they got there.

In either case, the person was led down the path via social media. Users are really welcomed and encouraged to support causes for political and/or social change on Facebook and Twitter.

The ability of mass communication to affect social and political transformation is not brand-new information. When a population was shown how to respond to social and political change from an individual's perspective and how that individual was coping with those changes, Mathiason's evaluation of mass communications for social change in 1972 came to the conclusion that mass media (print media, television, and radio) were most successful for change.  Prior to the development of modern technology, this study solely examined the contributions of print, radio, and television media.

In addition to explaining the what, how, and why of anything, social media platforms today also allow users to search for or ask for additional information, which will almost certainly result in an immediate response. It is up to the requestor to decide whether or not the response came from a dependable source.

Email was one of the earliest forms of social connection when the Internet first became extensively utilized in the late 1990s. For adults at the time, the idea of being able to instantly converse with anyone in the world who had a computer connected to the Internet was revolutionary. The size of the globe was getting smaller.

The younger generation of today (those born after 1990) grew up with social media in their homes, schools, and on their cell phones. Social media is now considered normal. Users have the ability to connect and share material at any time, anywhere, on Facebook, YouTube, and Twitter, as well as on mobile computers and Internet-enabled gadgets (such as cell phones, smart phones, iPads, gaming systems, etc.). Technology developments contributed to the development of the platforms and applications that satiated the user's insatiable need for information and social interaction. Today's users don't hesitate to communicate with or have 'friends' in different nations because of social media's ability to dissolve geographic boundaries.