Home / DeveloperSection / Articles / Enter the world of Design and Development 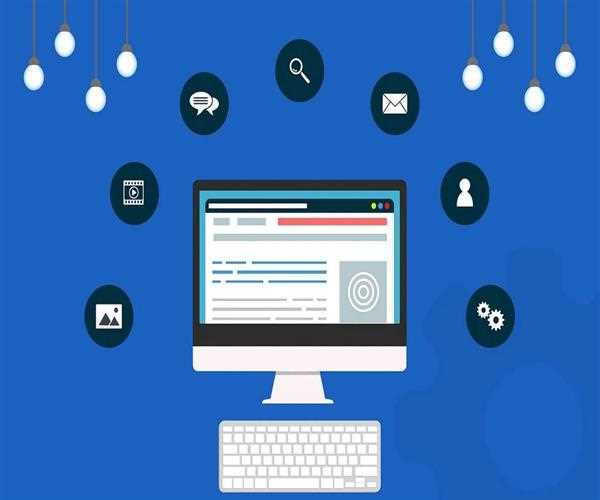 Enter the world of Design and Development

The techies these days want everything to be user-friendly. That’s why they deal with so many acronyms like Web Design, web development, UI/UX development altogether. The fact is, no website is complete without putting these technologies in one place before starting.
Let us understand their meaning, bit by bit.
If you’re new in the tech industry, then coming across these terms may feel a bit stressful. You may start thinking that all these are separate and require much expertise. But in reality, all of them are interlinked with each other. They do require specialization and separate studies but in the end, they are put together to achieve a calculated result- A really good website. This article would help you if you want to get to know the industry better or even if you’re a fresher.

They are the ABCs of the IT industry:

To know more about the difference between UI and UX design and how do they work together, read: A definitive guide on UI/UX development.
You may have understood by now that all these terms are not exclusive separately, but dependent on each other. That means they are interlinked and without approving one, the other cannot be implemented.

If we take the example of loading of website, then we may see how each part contributes to loading.
•  Web design-when a page takes too long to load, there is either too much content on it or that content is too complex. Thus, for loading it, the image files could be compressed, assets could be adjusted & the pages could be trimmed off the excess content.
• Web development- for better loading, better file compression could be done to reduce the file sizes of the content. CSS sprites to save the bandwidth or content delivery network to improve the loading could be done.
• UI- the controls must be as responsible as possible so that the interface is simple enough to load interactivity.
•  UX- as long as the website takes to load, the chances of bouncing the site by the user increases. So, the priority should be to reduce the loading time at the home & landing pages.
Now you have seen how much effort it requires to maintain a website. The firms hire specialized people for all these separate domains or a single person who is the master of all! They also tend to choose freelancers or the best UI/UX development companies for assisting them on a contractual basis. However, due to budget constraints, they may look out for a single person who is specialized in all these features.

Someone who can do it all:

•    An all-in-one package of designers who can code too.
•    UI designers may have overlapping techniques with web designers as well.
•    UX and UI may be interchanged or overlapped together considering the fact that they both are subsets of each other.
•    UI is also treated as a skill in product management.


So, if you’re looking forward to learning these skills then a very important thing for you to know is: A jack of all trades is a master of none! Thus, try to master at least one skill each slowly and steadily.
Pertaining to the different fields like website building or mobile app development, developers have their own individual expertise. Here also you could see a lot of overlapping, like designers who are proficient in website design may sometimes try app design as well along with UX development. Let’s take a deeper dive and understand each specialization separately.

In earlier times, web designers used to handle all the domains that come under their umbrella. But in today’s modern world, web design has become more of a vague term. Its sub-domains include UI, IX, IA (information architecture), and CRO.
Information architecture deals with the mapping & navigation of the website. Whereas, CRO is conversion rate optimization, dealing with the sales, signups, or tuning of the website.

Under the umbrella of web design, there are numerous terms & designs that are cultivated daily. In general terms, web design considers the visuals and functionality of a website. Whether the developers are working with website or app designing, the developers must know the functionality, technicality, digital trends, and above all, user expectations which frequently change.

Most of the time, when companies hire web designers, they must not take into account whether they are good or bad in their business. Instead, whether or not they are a good fit for the company. They must also pay attention to whether their preferred software is in alignment with the company’s software or not.

The only distinction between web design and development is coding. During the development of the website, more technicality is involved. Thus, it is divided into two broad categories:
1.    Frontend or client-side- the web developer who is responsible for the frontend brings the design in front of the client. He uses technical languages like HTML, CSS, JavaScript, and others to do so.
2.    Backend or server-side- the work of a frontend developer generally takes off from the server on which he is hosted. The backend developer manages everything that is on the server including codes, resources, data and database, optimization about the delivery of the data, etc. The common languages they use are PHP, Ruby, Python, Java, or .Net.
3.    Full stack developer- this category of the developer can handle both the frontend as well as the backend of the performance of the website.

Sometimes it is feasible to hire a full stack developer who can manage all the development work both from the client-side or the server-side. But a smarter way is to hire people who are specialized in every field.
But when a company looks for a developer, they must ensure what kind of languages they are proficient in, whether they possess the knowledge of design or not.

UI is a more specific field under the umbrella of web design, as discussed earlier. The controls, the display, and other things that contribute to the smooth functioning of the website are generated by UI. The main goal of UI is to provide all that the user would like to face while interacting with the website and also, develop better controls for smooth working.
Space management is another big worry of UI development. When the developer wants to save screen space and give a lot of options to the user, all at the same time, then he must be a great manager. UI also has the capacity of overlapping with another feature called IDX or Interaction Design. Interaction Design is basically the method in which the user interacts with the website, it is likely to emphasize user behavior more than interaction. So, it lies somewhere in the middle of UI & UX.

The best way to become a UI developer is to develop an easy-to-use site. When you’re freelancing as a developer, this site could be of great use. Later on, when companies look forward to hiring you, they will check whether your site was worth using or frustrating! The UI/UX development companies tend to hire developers based on their past experiences only.

As mentioned above, it incorporates everything that a user may likely encounter during his visit to the website. Like, the smoothness of the website, the layout, the text-base, the color, and font, etc.
It takes into consideration UI development too, because they both work in coordination. That’s why companies look forward to hiring people who are experts in both UI and UX development because it is much overlapping. How do human action and reaction come? Through emotions and gut belief! That’s how humans put their thought to work.

Similar is the work of a UI and UX developer. The correlation comes when a design is optimized to encourage certain behaviors which create a certain atmosphere.
When a UX developer is hired, a similar process of checking their previous sites is done. Then he is detailed about the work zone by the project manager as well as with a UI expert.

Considering the goals and requirements of the company, as well as individual startups, they may require specialists in all the fields. Or sometimes, due to budget constraints, they may require people who can do at least two or three jobs simultaneously on the list.
Thus, it is difficult to tear apart this universal tie-up. There could be a set of problems that might be handled by the developers who are experts in some fields:

Some problems could also be fixed by different methods depending on usability but it is important to know what items the company wants to prioritize. Whatever solution is sought after, it should align with those priorities.