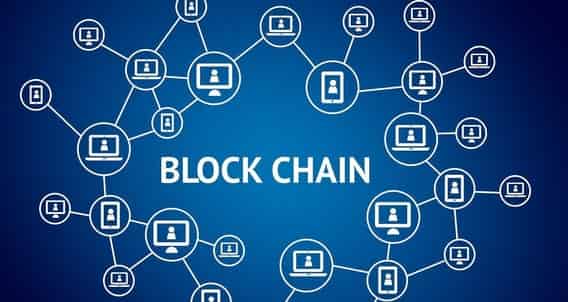 But Blockchain is never a server full of data locked to prevent any unwanted access. With Blockchain the opposite is the case. An open for all database that cannot be rewritten or tampered while remaining open for any subsequent addition, that's Blockchain for you.

But what relation does it have with mobility and app market? As envisaged from the core competence of Blockchain, it can safeguard data from any misuse or tampering while making it always accessible for all.

It all started with the cryptocurrency called Bitcoin followed by its popularity in the financial sector as a high-tech measure to protect transaction and finally, it is knocking the door of mobile apps. Yes, with such promising features for data protection Blockchain can well revolutionize the mobile app security.

The concept of a distributed open source database was coined long ago, but it was shaped by a relevant technology for real-world uses only by Blockchain when it was introduced as the backbone protocol for cryptocurrency Bitcoin. The entire transactional database remains open to all, and any new layer of information can be added to it without restriction. But this distributed and open source database just does not allow any change of the registered data. That makes this database full proofed from tampering and misuse while making it accessible and open to use for all.

Technically speaking, the architecture of Blockchain is characteristically peering to peering instead of client/server. This gives Blockchain the lead as a distributed data system with uninhibited access for everyone. This architecture is ideal for carrying out transactions without requiring any help from third parties. But beyond the transaction, for any exchange of information Blockchain can be contextualized to deliver an open to all database independent of third party roles.

The properties mentioned above are quintessential to the Blockchain when used as the background technology for Bitcoin. But whether the technology can be well suited for your app depends on several factors. How far can you make your app database behave as a distributed one? Yes, if you do not require opening up your database for wider access, your app may not require Blockchain at all. Considering outwardly, if your app boasts of a transactional database similar to Bitcoin the technology can prove essential for your purpose.

Do you have a multifaceted peer-to-peer transaction system in place? In such case, Blockchain can be an ideal security solution for your app. But in any case, don't have an impression that your app needs to have similar requirements as Bitcoin. The design elements and implementation of the technology will entirely be specific to your app’s core purpose.

So far, we have understood that blockchain can be a big value addition to the security strategy concerning your mobile apps. But how really it can be incorporated into the app security strategy? Precisely, when the activities around an app require stricter authentication to safeguard data, you need Blockchain. You have to designate certain transactions that will be safeguarded by Blockchain.

For some time the connected devices sharing the networked IoT platform gave rise to a whole range of concerns concerning device-level security. The absence of a common protocol for all these devices and low-security arrangements for most devices make IoT vulnerable to a lot of security threats. Fortunately, Blockchain can also play a great role in battling the security concerns of IoT devices.

While we were thinking how Blockchain can be implemented to enhance the device-level security of connected gadgets we have ADEPT (Autonomous Decentralized Peer-to-Peer Telemetry) which refers to the latest initiative by Samsung and IBM that can ensure easy, secure and low-cost interaction among devices. Blockchain will power the framework which is still in its nascent conceptual state. ADEPT will create highly distributed device networks to help secure transaction and communication among devices.

Every multi-party legal agreement and contract risks face the risk of data tampering and information loss. Moreover, several printed documents with notarisation and other layers of authenticated signatories offers a big challenge concerning preservation and safekeeping. Blockchain can deliver a multi-party database with easy to access and impossible to tamper features to safeguard safe keep such data in digital formats.

By digitising such valuable data like agreements and contracts Blockchain will also enhance the usability of information with ease of access. In addition to the digitisation with Blockchain database each document can further be encrypted and authentication protocol added to it for allowing access to only designated people.

Finally, Blockchain as an innovative database technology can add value to business process with more efficiency, ease of access and security features. As business is extremely becoming mobile-centric, the implementation of Blockchain cannot be indifferent to the mobile strategy. The distributed database of blockchain will give more power to businesses in initiating multi-party transactions and collaborations without any security threat to their database.

As of now, we have mainly seen financial companies and banks to express their interest in implementing Blockchain, though several of global companies across the niches already expressed their delight about the security arrangements that Blockchain can provide to make their enterprise IT more powerful than ever before. While businesses will continue to grapple with the idea of Blockchain and how it can be successfully implemented, we can see several global corporations to set the standard with their innovative Blockchain mobile integration.