The gaming smartphones are getting better more and more day by day as super-powerful hardware can run graphics-enriched games easily and dedicated gaming smartphones equipped with state-of-the-art features that are solely designed for gaming handsets. There are approx. five must-haves for any gaming handset – a super-powerful chipset, stunning display, long-lasting battery, as well as RAM size and onboard memory for games. To help you get the right one for your needs, we have done our best and gathered the best gaming phones here on this single page – based on mentioned these five factors. 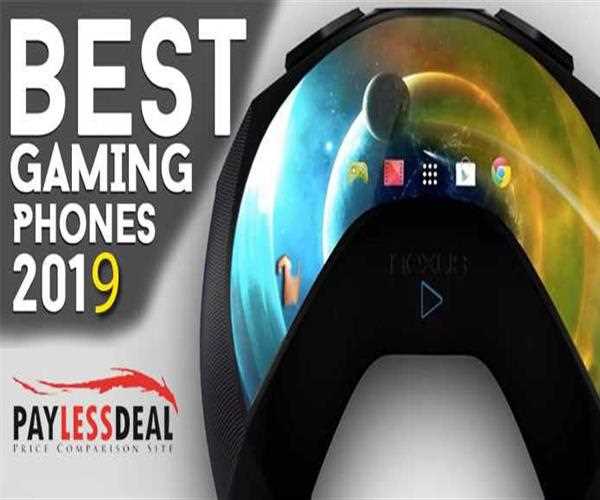 The initial Razer Phone started the revolution in the gaming world, so the Razer Phone 2 is a logical successor. Razer went back to the drawing board to address some of the greatest problems with the initial handset — the lackluster camera especially and made its comeback with the upgraded Razer Phone 2. It's an excellent gaming smartphone thanks to its Ultramotion 120Hz display which means it gives a marked improvement in smoothness in gaming and other things. The Qualcomm Snapdragon 845 Chipset and 8GB of RAM, making this beast an awesome performer where games are concerned. And the speakers, on the other hand, are also the clearest and loudest to take your enjoyment to the next level.

The Asus ROG Phone is also the best gaming smartphones – thanks to its super-powerful features that attract gamers. It's a good phone in its own right as well and has significant benefits over the Razer Phone 2. Its specs are solidly advanced for all those phones released at the end of 2018: a Qualcomm Snapdragon 845, 8GB of RAM and 4000mAh battery are actually making it an excellent gaming phone of 2019. When it comes to gaming, it has cool 'AirTrigger' touch-sensitive buttons on both sides - right and left and customizable ways to play. Aside from gaming features, it comes with the decent camera too and while it’s not going to beat the other phones with exceptional cameras – but it’s more than enough to capture detailed and colorful photos.

The gorgeously designed Xiaomi Black Shark is the dedicated gaming smartphone from Chinese smartphone maker Xiaomi - offers users some of the best onboard components alongside gaming-specific features such as a dedicated gaming mode that blocks all the notifications and incoming calls you receive when playing a game. Moreover, it houses an outstanding look as compared to the other devices. This smartphone is inspired by the PCs and gaming laptops and it is compatible with almost every Android game via the bespoke controller.

This is the cheapest gaming handset in the gaming-focused industry right now and it’s great value for money, without any doubt. In short, Xiaomi Black Shark is an excellent option if you want to increase your mobile gaming abilities. Now you think how you can buy and what’s the Xiaomi Black Shark Price Australia don’t worry we are always here to help you just visit paylessdeal and compare the price before buying.

If you are scouting for an Android device with almost all the features, the Galaxy Note 9 has got you covered. With its dazzling design, long-lasting battery and unique S-Pen, it’s the best phone you can spend on right now. Well, all of its features aren’t for everyone as it’s a lot expensive phone with the biggest display. The Samsung Galaxy S9 comes with a similar design and numerous features but set users back less compared to Note 9. As for gaming, it has the best display and 4000mAh battery with incredible stamina. Moreover, it comes with liquid cooling which means most demanding mobile games can run without getting any hiccup.

The most recent iPhone “XS Max” is the bigger and better brother of Apple’s new flagship smartphones i.e. iPhone XS and iPhone XR and if you are specifically looking for a gaming handset, it has got you covered as well. The biggest 6.5-inches display is big enough to play graphics-enriched games and its massive battery manages to keep playing the games for a longer period of time too. Some online sources have claimed that it loads Clash Royale and PUBG in a jiffy and speed is crucial in online gaming. But aside from its stunning features and modern look, it is the most expensive smartphone on the market right now.

Let’s finish this story off by saying that all listed above smartphone can easily be found at the lowest possible price at Paylessdeal.com.au which is an ultimate platform that gathers numerous online Australian stores – offering the same handset at different rates. Hence, you are enabled to compare the rates and buy one at unmatched rates to keep your wallet away from a serious dent. Isn’t it amazing? So, what are you waiting for?

Hi, my name is Eva Max. Recently in 2014, I have completed my Master's Degree in marketing. I have 5+ years of experience in Web Marketing Services. My hobbies are book Reading, watching movies are one of my favorite activities and hobbies. I also am interested in content writing.