A2 flight Bomber leather jackets are very heavy duty attire for military. If we dug the history then these jackets were first introduced in World War 1 as an outfit for airplanes and aircrafts. When the airplane was at an altitude very high there was freezing temperature there and to cope up with that flight Bomber leather jackets were made for military pilots. Long Heavy Duty Leather Coats were also introduced to cope up with the tough situations. The army took notice and introduced their own uniforms by establishing “the Aviation Clothing Board” in September 1917. Thus aviation flight jackets came to existence.

These jackets were made from horse leather then afterwards from cow, Sheep and goat skin purely.

At first the coats were long and bulky but then they shortened it with a good fit to the body.

A2 Flight Bomber Leather Jacket : A peak into the Past 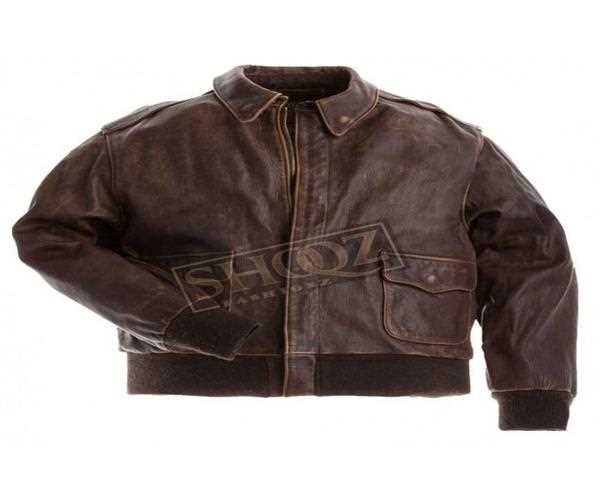 These jacket were made from horsehide initially and then from Goat and sheep skin. They were introduced around 1930 and was worn officially around 1931. They were very warm jackets. They contained heavy duty fasteners, fitted with sturdy zippers , had cinched cuffs and know waist. Unlike A 1 jackets it had high wraparound collar as well as zippers that were protected by wind flaps. It had two flap pockets at the hip. Few of them had fur linings too.

As time passed by people began to realise that these jackets could be used for everyday wear because they were the definition of fashion and style. And after that many variations were made in those jackets to make them fit for modern day use.

Around 60s this jackets begin to make their way in civilian lives as fire. They were given bright, acid colours, new designs and had a unique appeal to them.

With the beginning of 80s, many feature films started adopting these jackets. And it was lit when Tom Cruise wore a flight Bomber jacket in the youth started to go crazy about it.

Since then the Bomber jackets are an icon of fashion and roots to the uniqueness of a person for a smart casual and unique look.

This was a very wide and warm bomber jacket with a large collar, introduced around World War 2. This was a Shearling wooly jacket for a cool doubt appearance, inside it was a lot of space for Knitwears. It has belted waist and zip up cuffs. 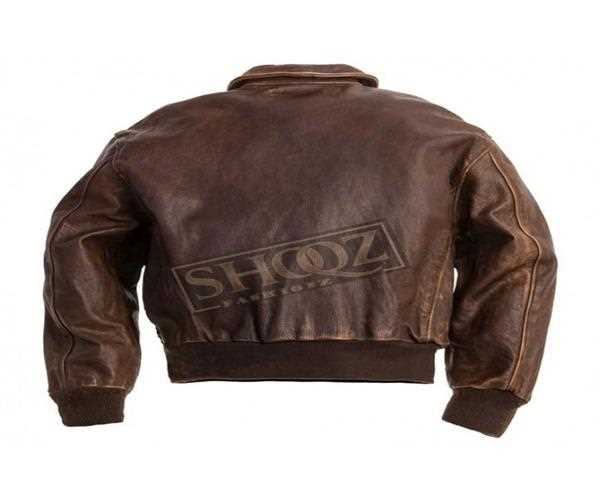 The modern designs had been modified such as removing the epaulettes on the shoulders and simplifying the designs of pockets. It has a zipper front and a zip closure.

This jacket is surely a Masterpiece with a timeless design into the wardrobes of make and females.

These jackets are the ones with an Ultimate cool look inspired by the old bombers. It was worn by the mid century American students as a badge of honour with the initial of the university name printed on the front with different colour according to the choice of the University. It soon became a hip-hop and street casual wear.

Variations in the bomber jacket

Then there are great New designs gifted by the most creative and the popular name in the designers industry of bomber jackets ,Kim Jones.

Other high end labels are Burberry, Lanvin and Valentino.

Then Cult brands like Vetements and Balenciaga which became very popular.

Celebrities were spotted with bombers such as Daniel Craig in an Armani bomber jacket in 2006 film Casino Royale. And Ryan Gosling in silver zip-up jacket with the embroidered scorpion on the back.

These jacket are greatly inspiring and with an attitude.

Many inspiring features are added to the new Bombay flight jackets which look stunning as well as gives an occasional, casual Street wear look with lots of variations made for signature designs. This aviation jacket with its signature look is very warm, durable ,timeless and versatile. It kinds of contrast with the lean built of a Moto Jacket. It is a very effortless outwear piece. Several modifications include shorter length, cinched waist for more space in the cockpit, Shiny appearance with dark colours, wraparound collars, collars that are fur lined , slash pockets, snap-flap patch pocket ,an outer shell made with cotton, fur lining for a knit collar, soft sheen fabric material, quilted lining, lambskin locker loop. Nylon material Bomber leather jackets are very much Contemporary styles made to fit everyday attires, the features also includes Supple, vegetable tanned lambskin leather patch pockets on the front, Side entry pockets, Knit cuffs and waistband,stiching made for a true fit.

WASP A-2 Flight Jacket for women :

It is one of the most popular jacket in the aviation and among military groups. This is women's air service pilot (WASP), made in such a way to provide a unique patina. The soft lambskin leather has natural graining and skin details. It is also naturally creased. Made for the smart and selfless women in the sky replicating the A2 flight jackets. Made with genuine lambskin, containing two traditional patch pockets, other side entry pockets, with a figure flattering fit and Silky quilted lining with a beautiful printed and embroidered patriotic motif and knitt cuffs and waist.

The usually comes with a seal Brown colour or Majestic black.

Nylon is a waterproof material therefore it is very durable to be worn in rainy seasons. Also, it could be machine washable.

Suede is a material which is very high maintenance yet it speaks high quality. Suede creates every textured design in a way that there are distinct differences between pieces texture wise.

Coming on to Aviator Bomber jackets it has the feature of both suede and leather as well as it features an element of shearing or fur right around the collar region.

Apart from that there are many printed and patterend designs making a bold statement.

Then there are a long line style Bomber jackets which are longer in length and more streamlined to fit.

They are a lightly padded, genuine synthetic fabric containing step down the front style and a stand up collar. Press stud side pockets, internal lining, zipped sleeve pocket and ribbed at the cuffs

These are some of the Bomber flight jackets for men and women.