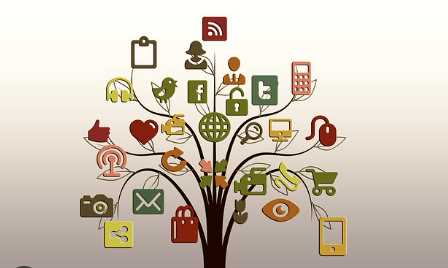 Individuals may interact, keep in touch with friends, and meet new people through social networking services. People may use these websites to meet individuals who share their interests so they can develop friendships and get to know one another. To find others with interests and worldviews, groups can be joined or founded. By using platforms like blogging and messaging to share thoughts and stories, social networking enables creative expression (Are social networking sites good for our society, 2009). In addition to sharing poems, songs, TV shows, hobbies, and photos, users can also do so in a variety of other ways.

A rise in face-to-face contact has been facilitated by social media. As a result, it has emerged as one of the most vital tools for preserving a socially and actively engaged society. The social media platform has allowed youths, particularly undergraduate students (who seem to explore them more), to interact with youths from different races, backgrounds, religions, and geographic locations, which has led to the development of a wider knowledge base.

The way people interact in the world has already been totally altered by social networking, but it is also developing further to make it more accessible. Cell phones may now be used to access social networking, which is now becoming mobile. Given how many individuals always have their phones with them, it is regarded as a fantastic concept that would enhance the usage of social networking. With a mobile device, anybody may send messages, upload images, update their profile, and change their status at any time and from virtually anywhere (Kharif, 2006). People can use this to complete tasks while also finding time to check their social media accounts.

Although there are some drawbacks to social networking, they are insignificant in comparison to its benefits. These platforms lessen in-person connection in favor of online communication, which is thought to lead to relationships with other people that are of lower quality (Mikami, Szwedo, Allen, Evans, & Hare, 2010). Teenagers excessively divulge information to the public that may harm them in the future when they apply for jobs, and erasing the material is insufficient. Additionally, there is a small percentage of cyberbullying, which is the public online bullying of others.

In addition, social networks are having a very negative impact on society. The negative impacts of social networks have stripped society of its social ideals and conventions, altering society from what it was before the invention of social networks to something that no one else can explain. Furthermore, it is evident that the majority of our youths, particularly undergraduate students, have lost control over their social media usage and are now struggling to function in social, professional, and personal circles as the internet has completely taken over their lives.

They have granted social networking sites an unimaginable amount of control over their ability to make decisions and concentrate. This has had a significant impact on how individuals make decisions, including what they consider, who they engage with, and how they get information. According to Idakwo (2011), the introduction of these social media has had an impact on social interaction and academic performance.

In reality, because of the prevalence of smart phones among today's youth, the majority of students spend more time on Facebook, Twitter, and other social networks. Some students have developed such severe internet addictions that they are unable to spend more than two to three hours without checking and updating their profiles on these social media sites, even while in class.

Social Media is the biggest threat to children who are less than 18 years and use the sites without having any proper guidance about it.

Today major cyber incident takes place when adult and children are misusing these sites and portals which are not as reliable in terms of privacy and data sharing.