Home / DeveloperSection / Blogs / Why is Technology a Step Backwards? 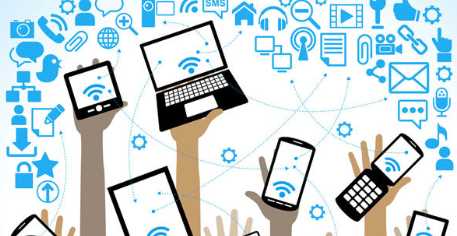 Why is Technology a Step Backwards?

The media's overall theme is that technology is taking over our lives. Technology is being adopted at a faster rate than ever before. Few people appear to believe that robots will take our employment. In the field of systems biology, speculation runs wild. There is a lot of doomsaying, god-playing, and hand-wringing. What will become of us? What are we going to do all day?

Presumptions about the future are appealing, however when did technology ever fit the narratives we make about it? I hope that it is, given our great sci-fi creators' magnificent visions, but it doesn't seem likely. Will the reality we foresee have any connection to the one that really occurs?

It's already been 30 years since Xerox Parc envisaged the internet of things (IoT), but I still don't even own a big, long-lasting piece of IoT technology. Similarly, my routine involvement with 3D printing is limited. As Eric Schmidt previously pointed out, the phrase 'artificial intelligence' (AI) has been around for 60 years. I'm still waiting for all of these things to happen.

It takes time to craft the brilliance of these technologies. Their growth is fraught with speculation, real and insane money, commercial realities, regulatory and infrastructure difficulties. According to this year's Gartner Hype Cycle, consumer 3D printing has passed the crest and is on the downside. What will happen next? Is there still hope that it will bring hands-on creativity to the heart? It's difficult to say.

There are also slips and falls. Google Glass was a passing fad. The Apple Watch is getting off to a shaky start. MySpace, HD-DVD, Sega, Microsoft Kin, and Google Wave were among the technological advancements that blazed brilliantly and burned out over the last 10 years. On a more technical level, 4G installation has proved difficult.

Carlota Perez, an economist, uses Schumpeter's concept of gales of creative destruction to explain the cut and thrust of technological advancement. These gales cause agony, turbulence, and unpredictability, shattering the potential of some technology.

According to Perez, it takes 60 to 70 years for a technological period to establish itself and transform the institutional structure of the economy and society. An example is the age of steam and railways, as well as the age of steel and electricity. These are fundamental paradigm shifts that provide the groundwork for the following generation.

We're clearly in the midst of one of those upheavals. But how much do we have control over its outcomes and conclusion? And, as we fret about the future, do we notice the changes that we see everyday? Surprisingly, we frequently fail to detect more deep and quick shifts. We are undoubtedly deep in the development we fear as we incessantly touch our displays, obsessively uploading every fragment of data about ourselves.

Many of us are unable to stop. We want technology to be further integrated into our life, even even under our skin. Along with apprehension about the future, there appears to be a very current desire for a different sort of intelligence. It is one that we are actively becoming rather than simply ushering in.

Facebook, according to writer Venkatesh Rao, is a perfect illustration of compulsion and becoming. Few would argue that Facebook is one of the most smart technologies available. We simultaneously enthuse and overlook the fact that it is sucking up more and more of our personal information. The irony is that it is building the groundwork for all of the technologies that will shape our future - the very ones we fear. It is continuously changing us so that we can be even more transformed.

'When confronted with a completely new environment, we tend to attach ourselves... to the flavor of the most recent past,' Marshall McLuhan famously stated. We see the present through the rearview mirror. We march toward the future backwards.

While we may process the changes brought about by technology in the most efficient way possible, the magnitude of the true, underlying shift far exceeds our expectations. We won't notice it until it's too late. At the same time, although we are busy planning a future that frequently fuels our fear and anxiety, it frequently eludes our plans. Things do not always go as planned or on time.

As technology pursues rates and courses of development that differ from those we anticipate or perceive, it may be time to admit that we are lost in the flow.