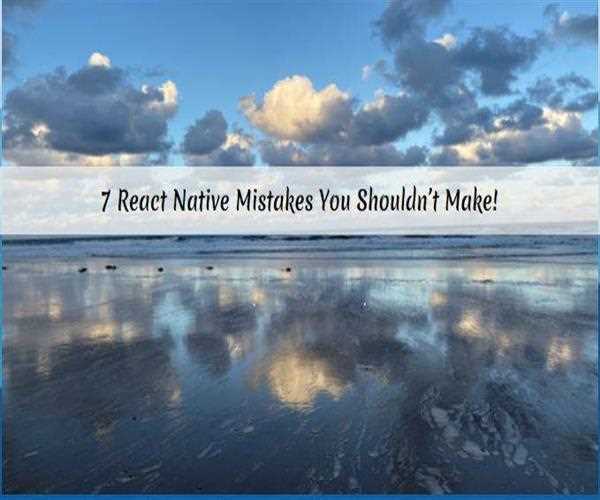 Are you planning to hire React Native App Developers to launch your new application? Or are you a developer working on a new React native App development project?

In both cases, some mistakes in the development process must be avoided at all costs. These include:

React Native app development works on Javascript, and a common mistake developers make is inaccurate validation layout and codebase. Most developers fail to distinguish between android and iOS app development, often ending up using the same code and layout structure for both. 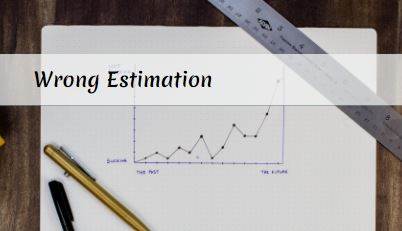 Although React Native allows them to use certain components interchangeably, yet some platforms are program-specific, and an experienced developer knows the difference well. The two most common mistakes you must avoid are discussed here:

· The first mistake is in the coding aspect for different operating systems. Developers often make a blunder while writing the codebase for react native App by writing the same code for both android and iOS. In reality, both require a different set of codes, depending upon their functionality.

· You must make a thorough estimate of the validation layout since you’ll have to write many more codes as compared to a hybrid app. You also need to check the various endpoints at the backend to better understand the logic in the App, along with how entities are connected, the database structure, etc.

Some external modules might interfere with the smooth working of your initial code, thereby hindering its basic functionality. While others may break down at odd times or not function as expected, making the development process much longer and more tiresome. To avoid such situations, it’s best to do thorough research on the modules you plan to use and whether they will accurately support your original code or not.

Developers at a reputed React Native App Development Company know how important it is to optimize every image used in the development of an app. Images usually take a lot of storage, memory and space, if not optimized properly. It is not a difficult job, but developers tend to often ignore it, thinking it to be not so important. 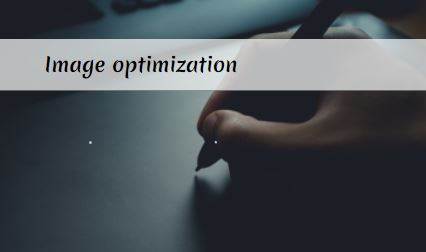 But you must always avoid this mistake to ensure the smooth functioning of your App. To optimize images, you must use PNG images, change size before uploading them to React native App, prefer using images in WebP format, and cache images locally to ensure faster loading.

Stateless components offer many benefits for React Native App developers since they offer fast implementation, are easier to test, and render values given as props. However, since stateless components don’t use any class, they simply take arguments and display them in the DOM.

However, stateless components perform shallow comparisons, thereby lowering the render operations. It also results in many other side effects, which can result in the malfunctioning of your App.

Console.log statements come in handy for debugging the App, ensuring zero issues during the execution stage, but can prove to be highly troublesome when left in the App. They may be the perfect lifesavers for developers, but when mistakenly left in the App, will cause your App to lag, thereby resulting in acutely slow performance.

When developers get an innovative and exciting project, they often focus more on planning the app layout than paying due attention to the data handling part. Redux helps in the accurate data storage and management or debugging of app states. When planned right, redux is a powerful tool to efficiently manage the app data.

It is also best suited for large scale applications only, and as a developer, you must avoid the mistake of incorrectly using Redux for your mobile app development project in React Native.

Often developers leave out the part of writing the testing units, mostly because they are time-consuming. But what they don’t realise is that a bit more time spent at this stage can save them a lot of time and resources post-launch of the App. 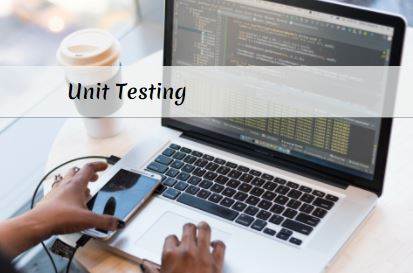 Unit tests are mostly meant to help developers check various modules and functions of an app separately, thereby doing final testing of the App’s functionality before its launch.

It’s always best to write unit tests in the beginning when you begin the app development process to eliminate and locate bugs during the process of development itself.

Developing Mobile Apps using React Native is certainly not a cakewalk, not even for highly experienced developers. If you are a React Native Development Company, it’s your responsibility to ensure that your developers are performing thorough checks at every stage and taking all steps to ensure avoiding above listed mistakes.

And if you are someone looking to hire React Native App developers, make sure that they are well-reputed in the industry and renowned for developing error-free apps.

Hey I'm Suraj a business management expert and I help businesses with their technologies support and also review and write about future coming technologies.