Home > DeveloperSection > Blogs > What Are Technical And Non-technical Skills of A Java Developer? 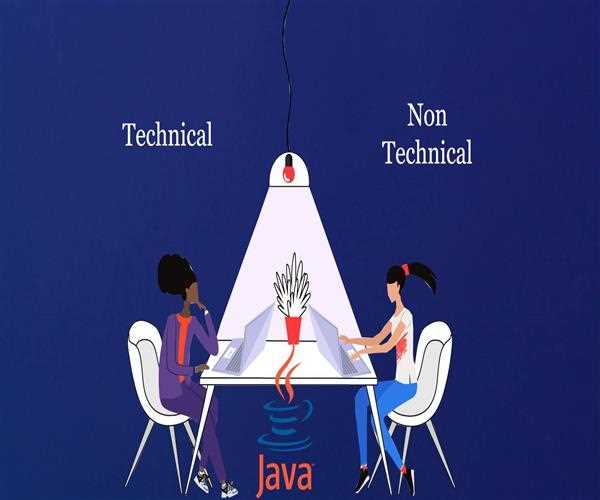 What Are Technical And Non-technical Skills of A Java Developer?

Java is that revolution in IT which IT is to the world. In this continuously changing world, Java has stood and grown for more than twenty-five years and is still altering itself to be the best.

Java is a programming language that is object-oriented used to fulfill various purposes. It is widely used across the globe by developers as from the development of androids to software it enables all. It is a platform that is independent which means once a program is made it can readily be used in any computing platform.

Java Developer is the person that holds the magic wand and creates magic in the business world by establishing tuning with software engineers and web developers. A Java developer develops various applications and websites using Java, a person who has great command over the language.

Skills of a Java Developer

Every job requires a different set of skills, giving their profession a unique identity. But some basic skills provide the same grounds in any profession to work with the collective feeling. To hire Java developers these skills are equally important as technical skills.

Coding to be understood in layman language is the way by which a developer orders the computer or software to work according to his wish. Having a sound knowledge of coding is the most essential requirement for becoming a developer. Playing with Java language is all about coding. The cool part about this language is it can be read by humans, unlike other languages which are accessible by machines only. Computer programming simply the synonym of coding and coding is set in the roots of Java.

Another requirement to become a Java developer is to know the tactics of Java tools that is how to use the tools to get the best outcome, in a minimum time. Web framework, versions of the language, set of codes, application server, database, and testing are some of the many Java tools. These tools are in reach of every person, what adds to the skills of Java developers is their ability to use these tools as per work requirement in the aptest way.

It the process in Java that makes the data portable. To understand serialization better, the object is converted into the stream so that it can be used by the database of the machine. Java developers should know the process of serialization so that the programming done can the used to the fullest.

All the programming is done in the system, but they run through the web. Java developers should have enough knowledge of the web while preparing any software or application. Without the knowledge of the web is like the developer is working in a shell. When Java web applications are created and websites are built through it then the web is the market it is to be sold in, and no business flourishes without market knowledge.

This is not so popularly mentioned but a much-required skill in Java Developer is to understand algorithms. This skill helps in understanding the market need and what a consumer expects, it’s like analyzing with numbers and trends.

The building block of any organization is team spirit and so the building block of personality is team spirit. No organization stands on a single pillar, it is built by joint efforts and great minds. Only technical thinking takes a person nowhere if you can’t share your knowledge and work together. The ability is to work as a team is a requirement to become a Java developer as the person has to work with other professionals like software engineers.

Running a business is not one-man work, it requires joint efforts of many people, and where people are involved communication is a must. Java developer needs to a great communicator to establish a good rapport with colleagues. This not increases work quality but sets a healthy working environment within the organization.

Having an optimistic outlook is important in life as well as job. Instead of having a problem-focused view, any developer should have a problem-solving attitude. This will bring peace to the work and working will be more fun, as challenges always better than obstacles. A little change in attitude and having an optimistic approach towards backlogs will help a person to grow better, company to fix issues sooner.

Java developers should be a creative head, always having something new and exciting to offer. The person should have innovative thoughts, but also dynamic. Developers need to think in every direction rather than one stream of line to get the best outcome. He has an exploratory mind.

When we talked about understanding algorithms, this is the skill complementing it. When a developer is a keen observer, working on minute details, counting the latest trends, and studying public behavior properly. He is then in a position to offer the best output.

The passing has taught a great lesson that things may take an expected drift anytime, and the only way to survive is to adapt to the change. Molding the work as the situation demands. One of the important skills a Java developer should have is the ability to adapt to change and work according to because he provides the base to many other people to build an empire.

These are some technical and non-technical skills of Java developers in India. From literature to religion, everyone favors the concept that language has the power to bring change. Java is one such language that has great potential to bring a change in the IT industry like has been doing for so many years and with all the skills mentioned above, a Java Developer holds the power to bring the change.