Home / DeveloperSection / Blogs / What Is Virtual Reality Technology? Things You Need To Know About VR 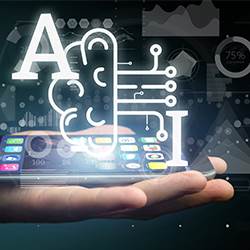 What Is Virtual Reality Technology? Things You Need To Know About VR

Recent Color In the last eight decades, we humans have developed to transform a room-size computer into handy devices that can be operated by voice instructions. And the article we are about to read is itself a paradox, 'virtual reality' as indicated by the name itself refers to the technically created stimulating environment for the users to inhabit. This virtual environment which appears to be real is generated with the help of technology and computers.

These headsets stimulate our hearing and sight senses thus making us believe as if we are presented in the virtual environment. There are also other optional accessories available that are used to enhance these near reality experiences ranging from treadmills to controllers. These controllers translate your real-world hand movements into the real-time corresponding movements in the virtual world thus making the virtual world appear controller's play a vital role in providing seamless user to computer interactions. You can also use joypads for the same purpose.

The term Virtual reality first came into the limelight in the mid-1980s when it was used by Jaron Lanier, the pioneer of virtual reality. The virtual reality technology that is now widely adopted was built on ideas traced back to the 1800s.

One breakthrough in the field of virtual reality was observed in 1962 when the new multi-sensory technology was introduced by the widely known cinematographer Morton Heilig. The player of this video game Sensorama had nearly real-life experiences while playing the game. This seed bomb laid a foundation on which many works were built in later times.

The Ultimate Display concept by Ivan Sutherland in 1965 provided the world with a kind of blueprint through which a world of virtual reality could be built.

The Virtual Interface Environment Workstation(VIEW) at NASA included the first glove to be used in virtual reality. The user could interact with the virtual world using gloved hands.

Virtual technologies have high potential for growth and exploration. It is predicted that By 2022 investments in virtual reality could multiply 20 folds and then be supported by 5G networks.

Virtual reality can be applied to a vast array of fields ranging widely from gaming, academic research, architectural designing entertainment, and the arts.

Imagine students being able to explore the mighty tributaries of the Ganges or the solar system without leaving their classrooms. That's why virtual reality technologies are now being adopted by the school's colleges and research centers.

virtual reality seems to be a promising sphere in the field of education and academic research.

Virtual Reality in the military:

Virtual reality is now being widely used in all branches of the military: the army, navy, and air force. Virtual reality technology can duplicate military training producing nearly real-life situations for the combatants so that they could be accustomed to the all ruthless environment of the battlefield with very low chances of injuries during training.

The application of virtual reality in the medical file could help improve the performance of medical practitioners. Virtual reality technology can help in developing new medical techniques and can help in training doctors about disease awareness.

Virtual reality in Architecture and Fashion:

Virtual simulations of stores could prove beneficial to both customers and sellers. The 360 degree and 3-dimensional pictures of architectural models or fashion accessories or clothes will allow customers to virtually visualize the architectural designs or try on the clothes.

Some people get confused that Augmented Reality or Mixed Reality are branches of virtual reality. But both are different. As we see augmented reality enhances a real environment by blending the real surroundings with virtually created elements using computer software and technologies. These digitally created elements are superimposed on the screen which enhances our real surroundings.

AR systems make these digital elements appear over real-world surroundings via camera live feed which enables the user to view the digitally created 3D images in their real-world surroundings whereas mixed reality uses headsets or translucent glasses to create this hybrid environment visualization. Mixed reality blends the two worlds using hearing and gesture recognition technology via motion controllers and headsets. The newest immersive technology makes use of the best features from both worlds to create new visualizations. Lenovo Explorer, Samsung odyssey, and Acer Windows mixed reality are some of the examples of Mixed reality products.

Cyberspace refers to the large internet network which is used to communicate both visually and aurally. Unlike virtual reality, cyberspace doesn't necessarily mean something virtual, as it also encompasses the real aural or visual communications which are not three dimensional.

We tend to give equal connotations to cyberspace and virtual reality but they are very different from each other. For example, the audio or video calls used to build contacts from one place to another are also happening in cyberspace using the internet.

Virtual Reality Technology Is Now A Thing Of Present

Gone are the days when virtual reality was science fiction for us as it is now very much successful and widely adopted by our present generation. From Sensorama to Oculus Quest, virtual reality technologies have traveled milestones revolutionizing various fields such as academic research, the entertainment industry, or health centers. It is predicted that by 2050 the online fashion stores could be replaced with virtual stores where consumers can try on clothes without leaving their homes or experience the environment of other planets just by putting on these virtual reality headsets.

Thus, virtual reality technologies have a very high potential for growth and exploration and can provide us with life-changing and life-saving technologies in the future. Are we ready to dive into the world of mobile and web apps including VR?

I am Yamini Kumawat, working as a content writer since 3+ years. I can help you in writing blogs, articles and short stories in different niches. Before starting my work, I make a proper research and put them into words which helps clients to achieve their content marketing goals.
Loading...
Ads