Performing a script as a stage drama is different when that same script is given cinema presentation. These distinctions are seen in production. The stage drama is a live performance which often takes place before an audience. Also, the drama is unique because of the synchronisation of the audience with the actors.

In stage drama, the audience, through the guidance or direction of the actor, can feature in the drama casting. This is totally out of the package in cinema, where they can only look or focus on the big screen before them.

Stage drama appearsto be more realistic, without fictions compared to the cinema. Individuals can feel the environment surrounding the play. On the other hand, a scene can be repeated, but there’s a slight chance that it's going to be precisely the way it was previously acted, making cinema the best option here, because it could easily be played back.

In a cinema presentation, activities surrounding the production cannot be noticed. The audience sees only what the producer would allow.

With the tight schedule of individuals today, there is less time available for people to engage in the cinematic adventure.Such an experience would have to be planned and fixed adequately to a weekend or vacation plan.

This is quite different for various individuals. For example, an individual who is interested in buying the heathland season 12 premiere can make an order for it online or by visiting a retail store. This enables him or her to keep up with the family drama series. 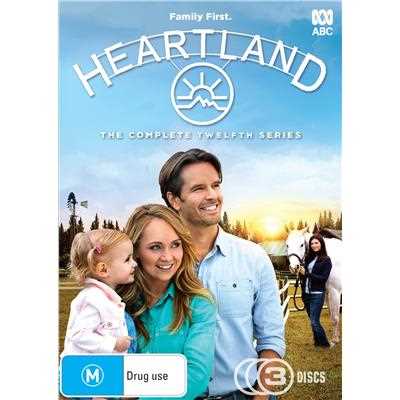 Furthermore, assuming the family series, heartland season 12, was a live drama or stage play. One could unconsciously miss the show if engaged in other activities at that moment. However, due to advances in technology, the drama series can be recorded and sold on various marketing platforms. This enables an individual to keep up with the show from home.

In movie shooting, the director or producer is in complete control of the outcome of each scene. He can revisit a particular scene over and over again until he gets it right, but this is quite different from a cinema presentation. However,actors spend time in rehearsals to perfect their arts or script before production is made.

Interestingly, there seems to be no difference between the stage drama and a movie/cinema production to some individuals. In both cases, the actors put in a lot of work and rehearsal for his or her role. Besides the fact that a movie needs more logistic planning than a stage drama, both the stage drama and the film are seen to be demanding. The heartland season 12 as a stage drama would still be loved by the audience.