Home > DeveloperSection > Blogs > What is Normalization In Database?

What is Normalization In Database? 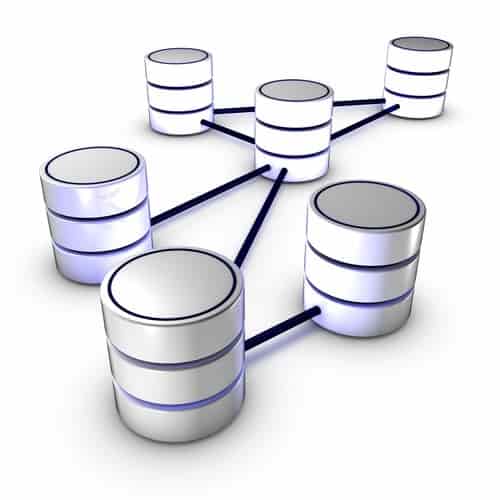 The structuring of Database is normalization, Normalization is the process of restructuring tables to eliminate design problems. This process removes redundant data, makes it possible to access data more easily. Normalization of a complex table is to taking it through a process of splitting into a set of smaller tables to remove the data anomalies. This process removes repeating groups within rows and then duplicate data within columns.

The main motive of normalization is to store each row of data only once, to avoid data redundancy and repetitions.

•Create a separate table for each set of related data.

•Identify each set of related data with a primary key.

After normalization by 1NF method:-

•Create separate tables for sets of values that apply to multiple records.

•Relate these tables with a foreign key.

2) New Subject Table introduced for 2NF will be:

•Eliminate fields that do not depend on the key.

Boyce and Cod Normal Form is a higher version of the Third Normal form. This form deals with certain type of anomaly that is not handled by 3NF. A 3NF table which does not have multiple overlapping candidate keys is said to be in BCNF. For a table to be in BCNF, following conditions must be satisfied:

And the following Dependencies:

As, we can see the realtion is already in 3NF,with keys as P & QR

So,we can break out the relation R in two forms R1 nad R2:-

Hence breaking the table into two forms one with one with P, S, R and other with S & Q. 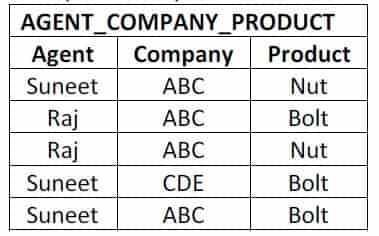 A relation decomposed into two relations must have loss-less join Property, which ensures that no spurious or extra tuples are generated, when relations are reunited through a natural join.A relation R is in 5NF if and only if every join dependency in R is implied by the candidate keys of R.