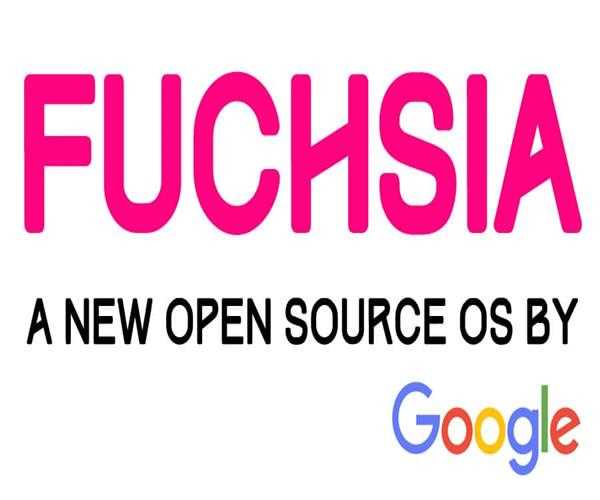 A new open source operating system called 'Fuchsia' has been developing by Google for smartphones, tablets and other devices, which could be unveiled as early as this summer. Since it first came to light last year, very less has been revealed about the new OS.

However, new details first reported by Ars Technica came out last week, and have been spreading around.

According to Ars, apparently with the evolution of Fuchsia will move Google away from its enduring connection with Linux, as it is based on a new microkernel called 'Magenta.'

Google not only plans to dump the Linux kernel, but also the General Public License, which is one of the most popular licenses in the free and open source software universe.

According to a documentation posted on GitHub, the default user interface for Fuchsia, will be called 'Armadillo,' and based on the mobile app Flutter's software development kit that will divided into two separate apps - Armadillo and Armadillo user shell.

According to reports, Travis Geiselbrecht, who worked on the Danger Hiptop smartphone, NewOS, Jawbone, BeOS and other projects; and Brian Swetland, who worked on Danger and BeOS. Both of them have also worked on Android, previously, were included in the Fuchsia team.

William Stofega, program director for mobile phones at IDC, suggested that, Google's rationale for Fuchsia may be related in part to an epic US$9 billion legal battle between Google and Oracle.

Stofega told LinuxInsider, 'As the Oracle case revolves around the copyright of Oracle APIs used in Android, it could be a contributing factor in Google's decision to build another platform.'

Last year, Google emerged as a victorious ruler, the case has sent a chill through the open source community. It's feasible that to avoid any future legal challenges, Google decided to move further away from the use of Linux.

Or it may be possible that Google simply recognizes the requirement to move to an OS that works better across multiple platforms.

'There's been a lot of discussion, as it relates to going from TV to smartphones and Chromebook,' Stofega said.

'Lastly, as the world has emerged and necessarily have just become mobile centric but not PC-centric, maybe some of the things that brought it to fruition in terms of the Linux-based OS can no longer be part and parcel of the new world,' he remarked.

Principal analyst at Tirias, Paul Teich, noted that Linux never got huge popularity in the market on certain types of devices, ranging from tablets to mobile phones and thin clients, for two primary reasons-'Linux isn’t aimed on enforcing hard performance standards as an underpinning for reliable, robust software application performance, and it uses preemptive multithreading, while Fuchsia seems to be coded for hard, real-time task scheduling.'

Teich said that Fuchsia is being designed to make sure the thread scheduler can enforce quality of service for individual tasks and services, which will come in handy an ensured best media-streaming experiences or a great augmented reality experience.

'Linux started out, like Unix, as a command line language, over the time, it has accreted services to support UX functions, but those are add-ons,' Teich noted.

Teich said, Fuchsia may still be a command line interface, but it's clearly being designed with all of the integrated services needed to support a modern UX.

He believed, “Google may be building a real-time OS that spans small connected things to large connected data centers, one code base that can be pared back if the UX isn't needed, but also scales to varying U.S. requirements.'

Rob Enderle, principal analyst at the Enderle Group, said that the new OS’s development is driven in part by security concerns that potentially could cost Google billions of dollars if they aren't brought under control.

He told LinuxInsider, 'They want to better control both the quality and timing of updates to their OS, and while Linux got them to market quicker, they now feel complete control is far more important.'