WordPress Trends and Best Practices to Follow in Upcoming Days

Ever since its release, WordPress has dominated the world of the content management system and has become the staple for website development for a wide range of online businesses. Statistics reveal that there are more than 76 million websites operating all over the world that are based on WordPress. 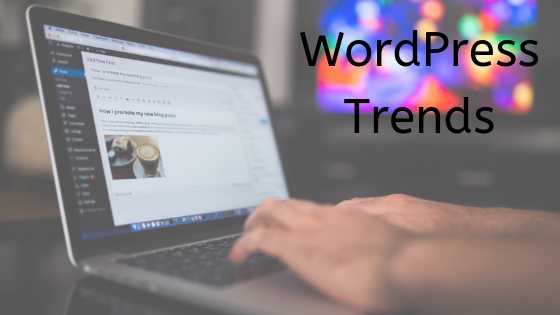 One of the main reasons as to why WordPress has become so much success over the years is that it constantly comes up with new tools and features that allow people to get the most out of it. This has also led to new WordPress trends and development practices that are in line with the current needs of the industry.

Let’s have a closer look at some of the best practices associated with WordPress website building as offered by a leading WordPress development company.

WordPress has recently come up with a whole new default theme that can be assessed by any client once the CMS platform is installed. This new theme is called Twenty Seventeen and it comes with an interesting video header highlight. Traditionally WordPress themes have been utilizing recordings headers which often play in the background. However, the latest Twenty Seventeen may come up with a whole new pattern when it comes to dealing with video headers in WordPress websites. This pattern may usher a number of new practices for implementing video headers.

Mobile users have expanded exponentially over the last few years, thanks to improved smartphone devices that come with a wide range of features. In fact, with every passing day, the percentage of mobile users is steadily surpassing that of desktop gadgets. This has made mobile phones the main form of gadget for browsing the internet which in turn has led to the greater demand for mobile-friendly WordPress themes. While at one point of time websites were mainly built for the desktop and then they were altered for the mobile screens, nowadays we can expect things to be just the reverse.

In other words, we may expect websites to be first made for the mobile screens and then adjusted for the desktop. This will naturally increase the use of mobile-first themes. Mobiles will not only become the major gadgets for enterprises to focus on and mobile websites can help businesses to promote their products and services. The practices of responsive designing are also going to get a major boost in the process. The benefit of investing in mobile-first themes is that they can help business firms to create a single website that can cater to the needs of all target audience bases instead of developing multiple websites.

Virtual reality headsets have evolved greatly over the last few years and now they are considered to be more than just gaming tools. In fact, industry insiders strongly believe that VR is going to be the entertainment of the future. We are highly likely to use VR headsets for using the web and also explore virtual universes pretty soon. This has naturally paved the way for further development and innovation in the world of virtual reality. Samsung has also come up with their Gear VR which can be used for powerful web viewing. It is also optimized with a web browser. This has naturally increased the necessity for VR Optimized WordPress Themes.

In the coming months and years, we are going to see an enhanced usage of drag-and-drop content as they are not only user-friendly but also help in saving a lot of time while developing websites. Modular themes such as Uncode have not only helped developers to create stunning websites but they also undermine the necessity of sticking with particular formats. Drag-and-drop content allows developers to have optimum control over the design and development process without altering the underlying site structure in any way. They also make things a lot easier for WordPress clients who do not have much experience in the field of web development. For them, a drag-and-drop feature can be extremely beneficial as it can help them to create customized websites easily within a short period of time. It is due to this reason that companies offering WordPress development services strongly recommend working with a drag-and-drop feature.

So once you have decided that you are going for WordPress development Services, consider these above best practices for optimum results.