Impact Of Blockchain Technology Change The Security Landscape In The Finance Sector? 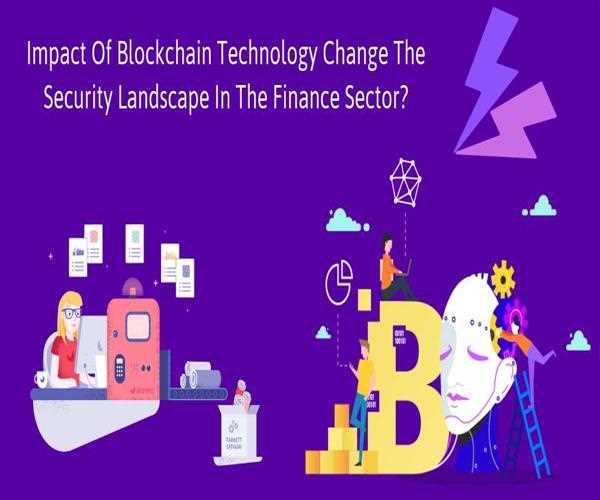 The blockchain is basically an expanding list of records that are connected with the help of cryptography. In every block, there are some encrypted hashkeys of the earlier block along with the transnational data and a timestamp. Cryptography is a method by which we hide the data we are sending a data/message in an encrypted form using a key which when used again will reveal the original data.

Impact of blockchain on the finance sector

With the emergence of the blockchain, finance has undergone a massive transformation. Although they share a complex relationship per se, due to the fact while on one hand, blockchain offers a lot of opportunities to evolve how people exchange currency, on the other hand, it is also seen as a threat to the established method of banking. It distributes digital ledger which records transaction while having the advantage of no one can tamper with the records.

The blockchain works in the following way:-

Problems in the current finance sector

There are a lot of problems that the finance sector is currently facing. The main problems includes:-

Solutions blockchain provides to these issues

The way with which blockchain works, it provides security to the susceptible and vulnerable finance sector. It does so in the following ways:-

Blockchain follows a decentralised approach which reduces the chances of cyber threats. Another way it is less vulnerable is that blocks of data that is added to the chain is in encryption form using SHA-255 method where finding the exact key used in encryption is very difficult.

Financial companies spend $65 million-$400 million per annum on verification of users whereas blockchain allows independent verification of one individual from one enterprise to another.

Challenges that the blockchain is currently faceing

Although block chain has a lot of advantages over other financial methods there are a few things one is concerned about before he/she can transfer to block chain. The main issue is:-

This blog is written by team of asp.net mvc web development from tech department. You can ask any question related on asp.net.