How to manage your next passive solar homes project 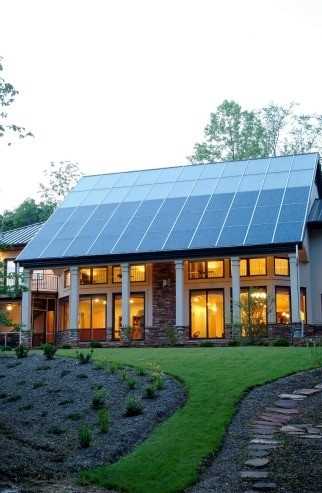 Why is there an urgent need to minimize our usage of fossil fuels?

Coal, oil, and gas have been used to generate energy for hundreds of years, but in the last two centuries or so, their usage has increased greatly. The global demand for energy has been on a constant rise. The reasons for this rapid increase are many and include the rapidly expanding population of the world, the growing trend of industrialization, and large scale economic development in even the rural parts of the world. It has been estimated that between 2005 and 2030, the world’s need for energy will increase by as much as 50 percent.

This increase in the need for energy has created an energy gap, much of which is compensated by the use of fossil fuels. However, with this increased dependency on them, the Earth’s reserve of fossil fuels may soon run out. According to a study, if we keep up the rate at which fossil fuels are being consumed, it will take us only 53, 54, and 110 years for us to be left with no more oil, natural gas, and coal anywhere in the world.

Coupled with the energy crisis are the haunting effects these fossil fuels have on our environment. The combustion of fossil fuels releases harmful gases in the atmosphere, which damage the ozone layer surrounding us and cause global warming. These impacts are not merely numbers on a lab report, but can be seen around us clearly – February 2016 was the hottest February since record keeping began in 1880.

But all is still not lost. The growing rate of depletion of oil, coal, and natural gas and the effects of their usage on the environment has forced us to look for other resources. We still have around 11 years to halt the effects of climate change. Today, we are in drastic need of clean and sustainable ways to produce energy. Among the renewable and green ways of generating energy today are solar, wind, and hydropower.

What is passive solar energy and how can it be harnessed?

Traditional ways of keeping our homes heated, cooled, or illuminated involve the usage of electricity derived from fossil fuels. However, there are much better, greener ways of doing this. One of these is installing a passive solar energy system in our homes.

With a passive solar design, energy from the Sun is captured and stored as heat during the day, and distributed around the home when the Sun is absent. Doing this involves the use of five basic parts:

1. An aperture or collector to collect energy from the Sun.

2. An absorber that absorbs the energy collected as heat.

3. A thermal mass that stores this energy.

4. A distributor that rotates this heat to all parts of the house.

5. A control to provide shade to the aperture when the heat is not needed.

Similarly, there also exists a passive cooling system. This works by storing the coolness from when the Sun is absent to be used during the daytime, reducing the amount of heat absorbed by insulation, and non-mechanical ventilation. Most effective ways to provide passive solar cooling is by using shades, cross ventilation, and thermal insulation.

By using big, glass windows, the Sun can also be used as a source of illumination.

How to get the most out of your passive solar home project?

Even though it does not take much to keep the low maintenance solar power design functional, you need to ensure that you take proper care of it and maintain it the few times it does need attention. This can easily and inexpensively be achieved by solar project management software. To ensure that you are benefitting in all the possible ways from your passive solar design, you need to make sure it was built most efficiently.

The entire thought process behind a passive solar project are some simple laws of physics. Hence, you should employ a company that knows what it is doing when designing your home. Employ building professionals that are experienced in designing and building an energy-efficient residential building. Choose a place where there is an uninterrupted view of the Sun from the wall facing south for the greater part of the day. Take proper considerations of the probable future of the site around your house; any tall buildings or trees may lead to obliteration of the Sun from your south facing wall. Make sure you do not use oversized south-facing glass to prevent your home from getting too hot during the day. Use overhangs that shade the south facing glass when the heat is not needed.

What are the benefits of using passive solar energy?

The most obvious advantage of adopting a passive solar energy system for your home is reducing your carbon footprint. Conserving the environment is something that we all should be concerned about – especially in the dire times of today. There have been countless efforts by the governments all around the world and NGOs to cut down on our carbon footprint – but that does not exempt us from this responsibility. All of us should be playing our part in saving our planet, no matter how small an impact we may have as one individual.

Apart from this, there are numerous other benefits to using this greener approach as well. It allows us to cut costs on our power bill, generating a lot in annual savings. With using this outlook, there is a reduction in the maintenance cost, and superior comfort involved. There is also a sense of satisfaction you get by doing the right thing. The costs towards the construction of a building designed to harness solar energy for cooling, heating, and insulation are more or less the same as that of a conventional building.

Author Bio: About Michelle Joe: Michelle Joe is a blogger by choice. She loves to discover the world around her. She likes to share her discoveries, experiences, and express herself through her blogs. You can find her on twitter: @michellejoe524