Blackjack is one of the most famous casino games, and arguably the most popular card game. The reason for this is that the result of the game does not depend entirely on luck. During the game, there are various decisions that need to be made, which keeps the game interesting and engaging. If you have never played blackjack before and fancy giving it a go, then here you will find the important rules for the classic variant, that will enable you to get playing in no time. 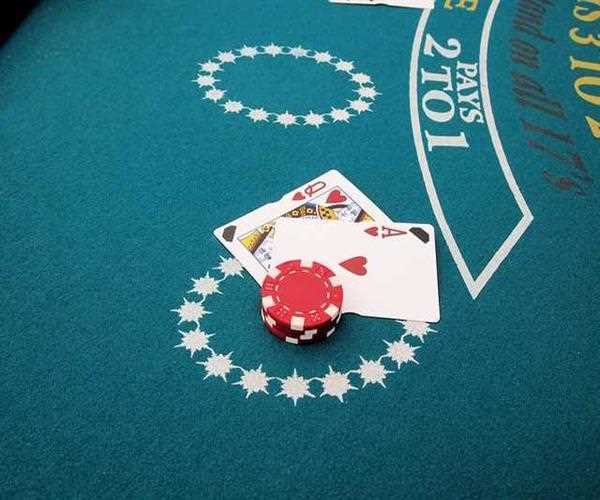 The precursor to Blackjack was actually the game known as 21, but no one really knows where it came from. The first recorded mention of it is in Miguel de Cervantes’ Don Quixote. Cervantes himself was a gambler and often wrote of cheats and gamblers in his works. The game most often referenced in conjunction with these cheats and gamblers is Vientiane, the Spanish word for Twenty-one. Traditionally the game was played with a Spanish deck, which lacked 8s and 9s. To put it in its most simple terms, blackjack is a card game where you try to get as close to 21 as possible – while beating the dealer.The stories were written at the turn of the 1600s, more than 400 years ago. This testament to the popularity of blackjack shows its place among not just gambling culture, but popular and literary culture as a whole. When it comes to modern blackjack, a lot has changed

As far as casino card and table games are concerned, blackjack may be the most recognizable of them all. With roots going back hundreds of years, blackjack has stood the test of time and rooted itself as a favorite among players for generations. Today, blackjack exists in many forms and is enjoyed by players, both novice and professional, all over the world.There are several different variations of blackjack, where the mentioned rules can change slightly, but these are the basic, simplest form of the game.

Also Known as 21, blackjack is a comparing-style card game that traditionally pits the player against the dealer, or house.To increase interest during the modern variation’s infancy, casinos offered substantial prizes to players, such as 10-1 for certain card combinations held against the dealer. These were referred to as Perfect Blackjack. Tables with multiple players do not see players pitted against each other, but rather against the dealer. Participants go around the table taking turns to form a strong hand in hopes of beating the hand of the dealer. The dealer can be beaten in one of several ways, which we’ll go over in more detail further along in this guide.

The game can employ several strategies, such as multi-hand playing and card counting. Since the 60’s these strategies have emerged specifically around blackjack to gain an edge over the house and earn vast sums of money. This is possible because blackjack typically uses a fixed number of decks at a given table. While not illegal, strategies like these are strongly frowned upon by casinos. In many cases, such activity will earn players unwanted attention from the casino staff and they may even be asked to leave.

Blackjack’s popularity has led to exotic variations of 21, like Spanish 21 and Pontoon, which explore the comparison style card game in new ways, but offer the same thrill and rewarding potential.

Following are the basic Blackjack rules:

RULE 3. Each player starts with two cards and play begins with the player to the dealer’s left. This is different from the ‘Blackjack rules 7 cards’ where each player is dealt 7 cards from a deck of 52 deck of cards and only four players can participate.

RULE 4. One of the dealer’s cards will be hidden until the end of the game. This card is referred to as the ‘hole card.’ After each player has had his turn, the dealer reveals the hole card. If the dealer as 16 or less, he will draw another hole card.

RULE 5. To ‘Stand’ is to end your turn while to ‘Hit’ is to ask for another card.

Stand: This action signals the player is satisfied with the value of their hand and does not wish to request more cards. Other terms for this action are referred to as "stand pat", "stick", or "stay". Common gestures to signal this action include placing the card under the player’s chips or waving a hand horizontally.

Hit: This action requests another card from the dealer. This can be enacted in a number of ways from verbal request to gesture. Gestures include scraping cards against the table, tapping the table with fingers, or waving the hand towards the player’s body.

RULE 6. The main rule of Blackjack games is rather simple. If your total value exceeds 21, you bust and lose the game. If the dealer’s value is closer to 21 than yours, you also lose.

RULE 7. If the dealer busts then any player who didn’t already bust will have the winning hand.

RULE 8. If the dealer doesn’t bust then the player with the highest points than the dealer wins.

RULE 9. If you are given ace and 10 from the start, you have a Blackjack. This is an automatic win for you unless the dealer gets the same cards. When you get the same cards as the dealer, it’s referred to as a ‘push’ and no one wins.

RULE 10. ‘Split’ is when a player has a pair or any two 10-points card and then the player doubles his/her bet and separate the cards into two different hands. If this is the case, the dealer will add a second card to each hand and the player may decide to hit, stand, or double.

Double Down: Double the amount of your bet + an extra card + stand.

If you get an ace and a 10-point card after splitting, it only counts as 21 pointsnot a Blackjack. Normally, a player can keep splitting up to a total of 4 hands.

A dynamic action, splitting allows a player to turn a hand of two cards of the same value, or rank depending on the casino, into two separate hands. To do so, the player must place an equivalent wager to the first outside the betting position. The dealer will then split the two cards and deal an additional card to each hand. The two separate hands play out just as a single hand would, though they are independent of each other. This action is gestured by placing the bet appropriately and signaling a V-shape with two outstretched fingers.

Rule 11. Some Blackjack games will offer players the chance to ‘surrender’ their hand—this is equivalent to folding in poker. If this happens the player forfeits the hand and will only lose half the bet. This is a basic Blackjack strategy used when you feel like you’re nearing the bust.

Surrender: while not available on all blackjack table, this action is common enough to include. The surrender action is available only directly after the dealer has checked to see if their hand could be a potential blackjack. This is most typically when their starting hand shows a 10-point value card or an Ace. A surrender ends the hand and returns half of the player’s original wager.

Rule 13. A side bet that player can place if the dealer’s card that is visible is an Ace or 10-points card is called an insurance bet. This side bet pays 2 to 1 if the dealers and are normally optional and may also not surpass half the initial stake. Unfortunately, the statistics aren’t appealing for insurance bets since the dealer will only hit Blackjack about 30% of the time.

Depending on the cards, a player can choose from 1 of 4 options – Hit, Stand, Double or Split. However, before making this decision, there may be the possibility to place an insurance bet. This type of side bet is only available if the dealer’s first card is an Ace. In this situation, the dealer has a chance of getting blackjack, as their second, hidden card could have a value of 10. You can insure yourself against the dealer having blackjack, by betting a value of half the original bet. These chips are usually placed on the part of the table marked “Insurance pays 2:1”. If the dealer does not have blackjack, then the insurance bet is lost, and you continue to play your hand. Whereas if the dealer does have blackjack, your initial bet, and the hand is lost. However, you do win your insurance bet, with a payout of 2:1.

Rule 14. There are maximum and minimum bets in Blackjack which normally depend on the casino. The good news is Blackjack has one of the lowest house advantages of all the casino games which means you have a better chance of going home a winner. 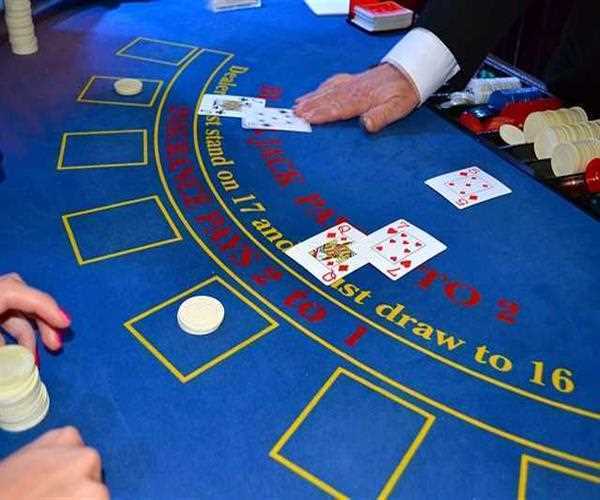 Blackjack is one of the most popular card games of all time. It is the best game in the casino for multiple reasons, even if you're a total beginner. With just a little bit of practice, it's the easiest card game to learn how to play besides War. But the house edge is so much better than War that it would be silly to ever even try War.

Equally well known as Twenty-One. The rules are simple, the play is thrilling, and there is opportunity for high strategy. In fact, for the expert player who mathematically plays a perfect game and is able to count cards, the odds are sometimes in that player's favor to win.

It is heavily featured in every casino, and enjoyed by millions of players. If you want to start playing this awesome game, you need to know the ropes, so to say. This article will cover the basic rules of blackjack as it is played almost everywhere in the world. Of course, there are a lot of variations of the original game, so make sure you know exactly what you are playing before wagering real money on it.

Also, blackjack is one of the few games in the casino which offer players "agency". That's a fancy word that philosophers use to describe having some control over the outcome of your activity. When you're playing slot machines, you put your money in and passively wait to see if you've won. When you're playing blackjack, you're making decisions on every hand which increase or decrease your chances of walking away a winner.

It's easy to learn, fun to play, and offers the best odds in the casino. You can even learn how to get an edge over the casino if you're dedicated to studying some simple advantage gambling techniques like card counting.

This concludes the basic rules of blackjack. Of course, there are many unique variations available at online casinos. Those feature twists on the original rules, or even entirely new ones. You must make sure you are familiar with the specifics of the game you are playing before you start.

Now that you’ve learned the rules, go to one of any blackjack casinos, sign up, and start playing. Have fun!