Home / DeveloperSection / Articles / What Are The Roles And Responsibilities Of A NodeJS Developer? 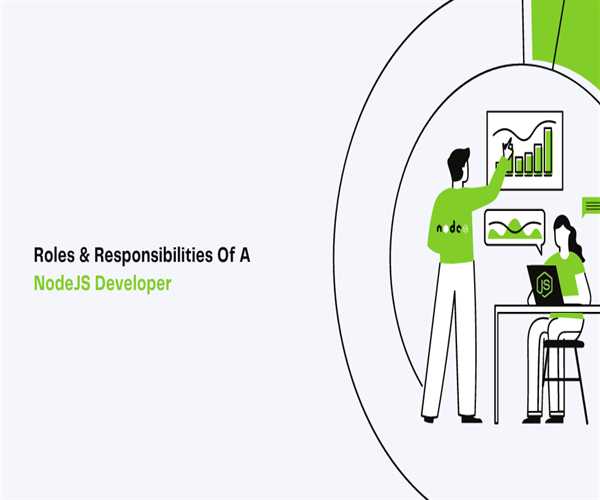 What Are The Roles And Responsibilities Of A NodeJS Developer?

So be sure to check out this blog post to learn more about the roles and responsibilities of a NodeJS developer.

Node.js is a robust platform that can be used for various applications. As a node developer, you will be responsible for developing, testing, and maintaining Node.js applications. You will also be able to create or integrate user-facing elements created by front-end developers and work with databases such as MongoDB and MySQL to build high-traffic applications. In addition to these core responsibilities, you will also need to optimize your applications for maximum speed, scalability, and security while designing and implementing APIs for use in client-side applications and best practices for security, caching, and other development-related issues.

Last, you will need to troubleshoot and debug applications while monitoring their performance and ensuring quality and responsiveness. As a node developer, you will work side-by-side with other team members responsible for developing software in various languages. This diversity of skills makes the job challenging but rewarding as you strive to build world-class Node.js applications.

As a Nodejs developer, your role is to develop backend logic and applications. Your job will involve understanding the assigned business requirements, developing application logic with JavaScript and Node.js, ensuring the performance, quality, and responsiveness of applications, writing automated tests to ensure code quality, cooperating with front-end developers to integrate UI elements into applications, copying, analyzing, and modifying existing code for repairs and upgrades, optimizing applications for maximum speed and scalability, designing and executing data storage solutions, troubleshooting, debugging, and upgrading software – all while ensuring the security of databases and applications.

Sounds like a lot? It is! But that's what makes being a Nodejs developer so rewarding. You'll be working on complex projects that have a real impact on people's lives. So if you're looking for an exciting career in software development – look no further than Nodejs development!

Node.js is a popular platform for building server applications. It's easy to learn and use, making it an ideal choice for developers who want to build low-cost, high-performance applications. In this blog, we'll discuss the roles and responsibilities of a Node.js developer concerning server security.

One of the essential aspects of server security is identifying and eliminating application vulnerabilities. A skilled Node.js developer can identify potential security vulnerabilities in your application and work to correct them before they become exploited. They will also develop strategies to protect your server from malicious attacks – by identifying malicious code, studying attack vectors, and implementing countermeasures.

Another critical aspect of server security is monitoring system performance and detecting problems that could compromise security. A Node.JS developer will be familiar with various performance metrics such as CPU usage, memory usage, response time, etc., which can help them identify issues early on before they become serious problems. They will also be able to monitor system logs for any suspicious activity or events that may indicate a problem with the system or user data.

Finally, NodeJS developers must know how to code efficiently so that their code can be easily read and modified by other developers involved in the development process of the application. They must also be familiar with various coding standards so that all code written is easy to understand and maintain over time. In addition, they should always keep users aware of new developments in server security so that they are always mindful of potential risks involved in using their applications.

Having a secure server is essential for any web application. By following the steps outlined in this article, we can easily set up and manage a server with Node and Express that is secure from external threats. In addition to protecting our data, setting up a server with Node and Express allows us to develop custom backend logic for our application.

Follow
Arhamtechnosoft is a globally growing IT company with extensive experience in designing and developing cutting-edge custom software solutions and Web Solutions. We are a group of highly motivated IT professionals with a strong desire to excel, and the ability to innovate. www.arhamtechnosoft.com