Home / DeveloperSection / Articles / Is AI smarter than the human brain? 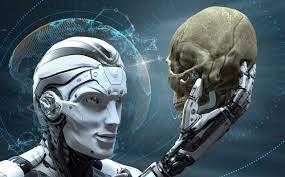 Is AI smarter than the human brain?

Is artificial intelligence smarter than humans?

Machines are extremely effective at problem solving. We can use software to execute studies involving extremely difficult computations many times faster than the most skilled mathematician. Yes, it is correct. Certainly, quickly. Is AI, however, intelligent? It depends on how intelligence is defined, says Edwin Harrell of the digital business process management software company.

Computers routinely outperform humans in convergent thinking problems. They can outperform us in rules-based games (chess, Go, and so on) and complex calculations due to their higher memory capacity and processing capability. But what about something as simple as a six-digit PIN passcode? Let's compare approaches.

So, which approach is more intelligent?

A savvy software engineer who understands human psychology could improve the brute force method by prioritizing sequences depending on likelihood of usage. That does not constitute the computer's AI being intelligent. Instead, it is the software developer who applies his or her intelligence/knowledge to the routine.

If you have a huge database of PIN numbers used by a population, you might analyze it and create a procedure that first tests regularly used combinations or partial sequences. Again, is this artificial intelligence or a clever software engineer?

This final technique is a very prevalent model in modern AI. That is, searching for patterns in data to discover the best fit algorithm to solve the problem.

We know that AI can perform computations and create algorithms in record time. The resulting algorithms are mostly based on human-deduced outputs. Could it yield algorithms that outperform humans in decision-making?

The answer is unequivocally yes. ML can process more data faster than the human brain. This enables it to identify patterns in data that a person would not see right away.

Is artificial intelligence smarter than humans? Case Study in Medicine

For example, a computed tomography (CT) scan to detect cancer. An artificial intelligence programme was developed through a collaboration between software developers and clinical researchers. This uses photos to predict who will acquire lung cancer with a 94% accuracy. The study, published in Nature Medicine, discovered that the algorithm was as accurate as radiologists in cancer screening. This was based on more than one CT scan from the same person, and it outperformed doctors when only one scan from an individual was available.

To summarize, AI is incredibly beneficial and capable of solving complicated problems that humans are unable to handle. AI is faster at appropriate jobs. In some scenarios, AI can outperform human-generated decision matrices. This is due to its ability to recognise complicated patterns in massive volumes of data. However, AI's ability to execute complicated divergent thinking on its own is extremely limited. In other words, AI does not outperform humans.

There are other pitfalls in the field of AI, such as data curation, capture timing, and algorithm evolution, but that's for another day.