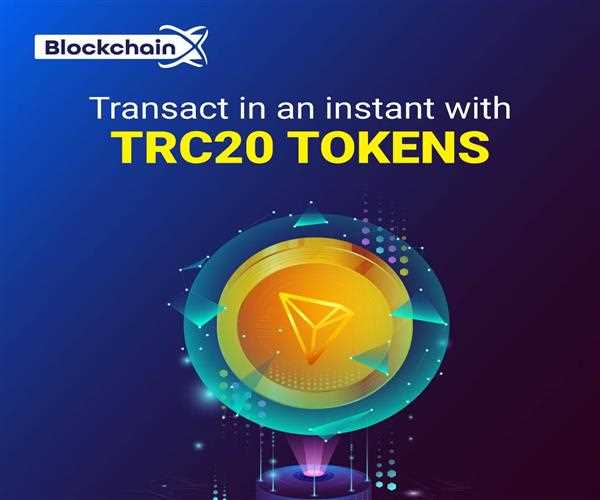 TRON (TRX) | Everything you need to know about this cryptocurrency

TRON was designed to serve the needs of the next generation of social media users. People who want to share a lot of content will find it useful.

Traditional social media companies monetize user data without their knowledge and end up generating a lot of money at the expense of community members. TRX seeks to change this by offering a model that gives users control over their data.

In addition, the network of TRON assures to be compensated for the content. Besides decentralizing the Internet, it also supports dApps ( Decentralized Applications ). Find out what TRON (TRX) is, how it works and learn the details behind this solid project.

TRON is a blockchain- based platform that enables application developers to create and use an assortment of complex protocols using a smart contract. Since cryptocurrencies have different use cases, it is necessary to understand TRON (TRX) before investing or participating in its network, currently known for its lively CEO and high performance.

On the TRON blockchain , the basic unit of accounts is Tronix (TRX) . It can perform 2000 transactions per second. TRON is suitable for social media users who want to bring data back under their control and also uses advanced language for smart contracts.

The unique and useful features of TRON are:

Principles of equality among peers

Tron is one of the largest infrastructures in the cryptocurrency industry , and has managed to become one of the largest projects in this field. Their idea is to decentralize the Internet as we know, using infrastructure based block chain ( blockchain ) and adding its cryptocurrency tronix (TRX) to enhance the exchange of value in the Internet. We are especially talking about digital content, which TRON supports with a fairly robust system. Let's see how they define themselves on their website : « TRON is a decentralized blockchain platform that supports smart contracts and high performance. We see TRON as an operating system of the future, allowing developers to deploy their own decentralized applications . '

This project founded in China, is led by a foundation in Singapore and developed by a global open source team. The intention of its platform is to decentralize the entertainment industry and digital content on the Internet. The Internet as we know it, is a very centralized industry, where the biggest beneficiaries are large companies such as Google and Apple. Thus, TRON seeks to eliminate the intermediary, making the interaction and transfer of value directly between the content creator, the publisher and the user who ultimately interacts with the content.

Is TRON a type of money?

TRON is unique in that it is more focused on infrastructure than utilization of its digital currency . The TRON team aims to create Web 4.0, which means the focus is on creating a decentralized entertainment ecosystem that will primarily benefit digital media creators.

TRON has another token , TRON 20 , which allows the content creator to develop their unique cryptocurrency . This symbol has not yet been displayed. Although we do not consider TRON as a currency, it does have some monetary value. Some investors find the asset better than many fiat currencies due to its decentralized structure.

TRX is partnering with strategic companies to increase the monetary value of the asset. One of its key partners, oBike, a Singapore-based Southeast Asian company, launched oCoin on the development of TRON network . The token is useful in the real world and allows you to buy oBike rides.

Is it legally recognized?

Justin Sun and the TRON Foundation (the non-profit organization behind the project) have been accused of breaking the law multiple times. The TRON Foundation securities litigation filed on April 3, 2020, (which is ongoing) is the most recent court case.

In this case, the plaintiff accuses the company of illegally violating federal and state securities laws while selling TRON securities in the United States.

Despite the accusation, TRON is still legal in many jurisdictions. Many courts around the world, including the US and the UK, have ruled that cryptocurrencies are commodities. English common law recognizes digital assets criptomonedas as property. The laws and the different court rulings allow TRON to continue with the project that aims to decentralize the entertainment ecosystem.

What do people use TRON for?

People can earn and use TRON on a wide variety of services on the platform. It is the currency of TRON. The platform plans to empower creators of decentralized applications to launch their coins on the TRON protocol and TRX will be the means of operation of the created coins. At present, many established companies are already accepting payments with the development of TRON .

AirbrushCustoms is a major online business that creates custom hand-painted airbrush designs. The art, fashion and apparel company has been creating custom t-shirts, hoodies and hats in various styles for more than ten years. They offer numerous design options to suit the varied needs of their clients.

HostingSSI is an established provider of all major types of hosting. They also offer VPN, Anti Ddos, website builder, domains, SLL and proxy services. Also, the team specializes in hosting CSMs such as Joomla, Magento, and WordPress. The business uses CoinPayments as a payment gateway.

This business is a Swiss web hosting service provider. He is focused on privacy and specializes in high availability cloud hosting, VPS, DDoS protection, dedicated servers and other related services. It also uses CoinPayments as a payment gateway.

Spheroid Join specializes in advertising, games, entertainment and business. The company is best known for operating geolocated private property on the digital surface of planet Earth.

The technology behind TRON

The world of cryptocurrencies is completely dependent on technology to meet the diverse needs of humans. Innovations and solutions differ significantly from one currency or one token to another.

TRON development is based on blockchain technology and presented in a 3-layer structure: storage, core and application. In addition, it uses four modules to provide its decentralized solutions:

Consensus module : Instead of using bitcoin's typical proof-of-work (PoW) , TRON favors the proof-of-stake (PoS) model, but adds the delegated element (DPOS). According to its website, this decision was the result of months of research.

KhaosDB module : for storing new strings over a period of time. Thus, tokens easily switch from the active chain to the main chain.

Digital tokens module : with two sub-modules, one for configuration and the other for issuance and development. This allows the deployment of applications within the TRON ecosystem , as is the case with ETH. Other people can develop their own tokens on the TRON network .

Smart contracts module : in which users can program contracts of any complexity. That is, programming applications that run strictly as intended.

The commission for trading on the Tron network is equal to zero .

Its blockchain is capable of processing up to 10,000 operations per second .

The TRON virtual machine supports programming with the Java language .

Being based on a PoS philosophy, TRON cannot be mined .

The London and Berlin hard forks are just the beginning of the improvement proposals coming to development of Ethereum before the network's transition to Eth2. Following the London fork, the Ethereum community will prepare for the Shanghai fork, which is scheduled to go live by the end of the year.