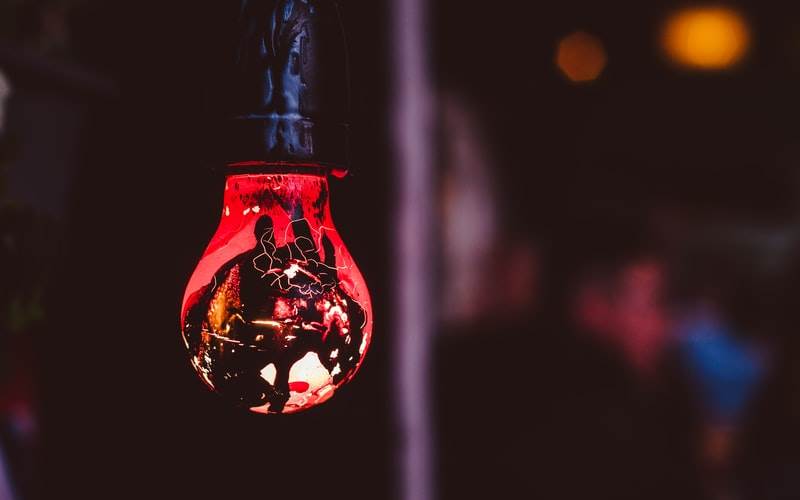 The working of AI (Artificial Intelligence)

During the Second World War, the world saw the deployment of Artificial Intelligence for the first time when Alan Turing broke the Nazi encryption code with the help of his brilliance. Today, artificial intelligence holds similar goals and endeavors for the world. It is determinant to replicate the human intelligence in machines. That’s why the machines having AI features are known by the name of smart machines.

AI is basically transforming the future of everything that is virtual. It is the main driver behind technologies like Big Data, Robotics, and IoT.

Approaches in the field of AI: 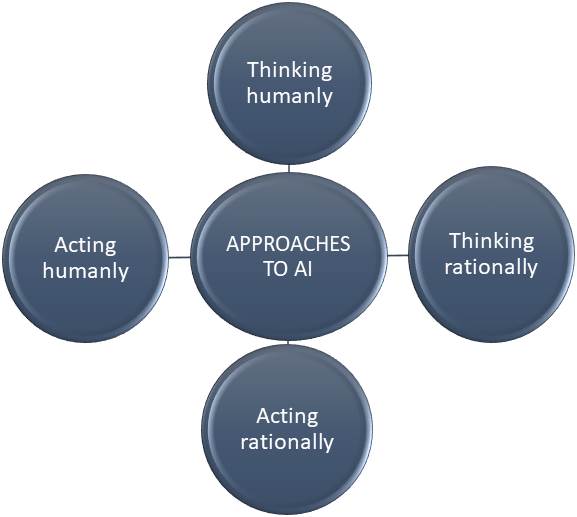 While thinking humanly and rationally are regarding the thought process and reasoning of the computer, acting rationally and humanly deal with its behavior.

According to the definition by Professor Wintson, “AI is algorithms enabled by constraints, exposed by representations that support models targeted at loops that tie thinking, perception and action together.'

To know some of the interesting facts about AI, click here: The future with Artificial Intelligence

These types of machines use intelligence to perceive and react to the world. By this function, they can complete only a limited number of tasks in a specified time. They are incapable of storing memory, thus, cannot rely on past experience to work in real-time.

They are incapable of evaluating the future moves completely and rely only on their own network to develop the present task.

They are also limited in scope and don’t have easy altering. But they can achieve complex tasks and are reliable to perform repeated tasks.

Unlike Reactive machines, limited memory is a type of AI that has the capability to store the previous data and predictions. Also, it can make future predictions based on past experiences. They are more complex machines than RM and have greater possibilities.

The limited memory is formed in an AI environment where models are continuously trained in how to analyze and utilize the data.

Following are some steps that need to be followed for limited memory AI machine learning: 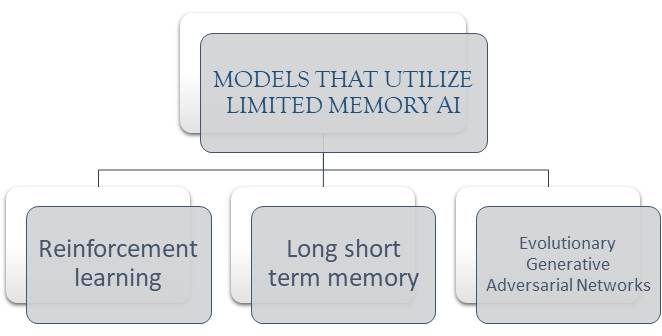 The human race has not achieved the technological and scientific abilities equivalent to reach the theory of mind yet. Basically, it would be based on the psychological approach that would be human-like. Meaning? The best artificial intelligence companies are working towards developing such smart machines who have capabilities to think and emote themselves, affecting their behavior (in this case, working).

They would utilize the information which they gather from human behavior and would be able to make independent decisions through self-reflection. Thus, the name being said, they would have the ability to grasp the process of the ‘mind’ and create a two-way relationship between AI and humans. They would be able to counter their emotions, feelings, and thoughts.

After the theory of mind in AI is achieved, the future effort would be to develop ‘self-aware-AI’. They would have human-level consciousness and understand their purpose in the world, aligning with the presence and emotions of others. They would be able to interpret what others may need based on how they communicate.

The development of self-awareness in AI is based on researchers who may understand the level of consciousness and learn to replicate it to machines.

The working of AI

Artificial Intelligence is capable of performing tasks that require human labor and intelligence. These tasks are powered by machine learning or deep learning. Some AI development companies utilize the machine learning processes to identify the risks and develop AI accordingly. For more uses of AI, read: is AI the backbone of Digital Marketing? 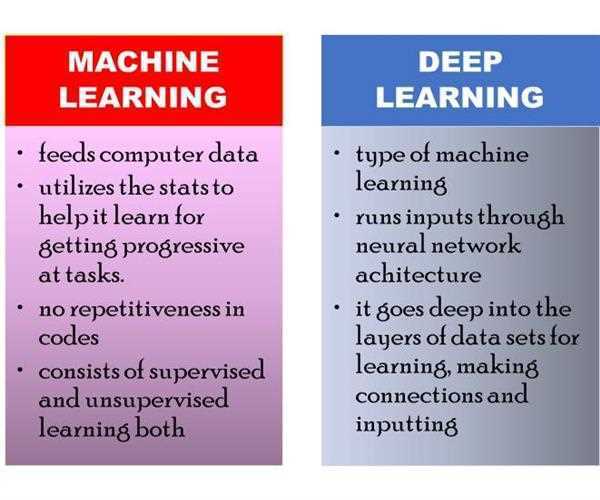