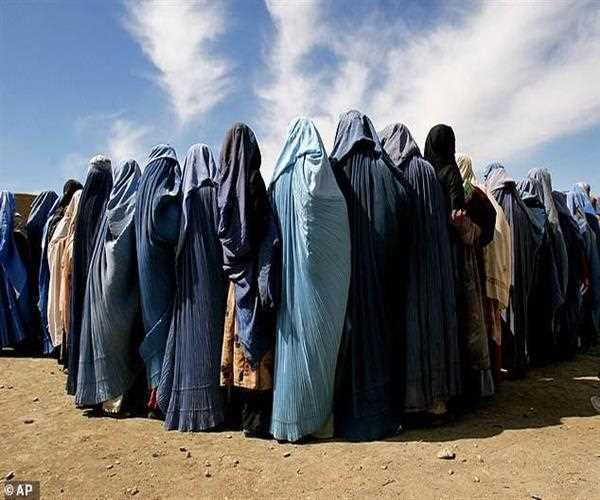 Afghanistan: The Rising Threat For India

Afghanistan: The Rising threat for India

Afghanistan a country that was hard to capture for invaders is now in a state of disarray after being captured by Taliban. The Afghanistan government collapses as the Taliban takes over Kabul . It will not only bring back its near-medieval rule over Afghanistan, but will also turn into a security nightmare for India. 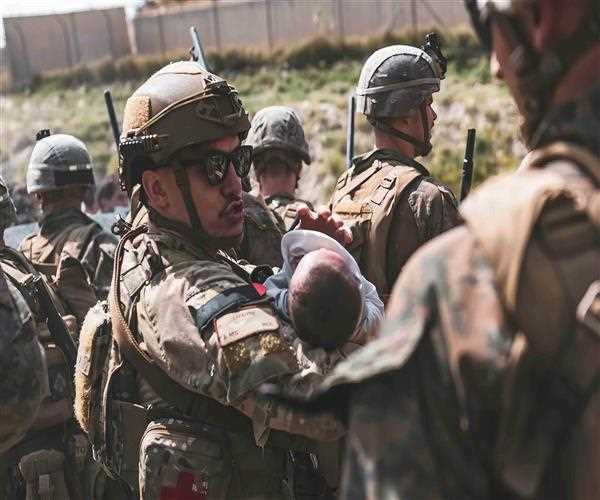 A photo of a US marine holding a child during the evacuation from Afghanistan Picture Credit: AFP

For Afghans, the list of happy things are shrinking day by day. The A citizen of Afghanistan have to choose the responsibilities, their responsibility to fight for their rights and decide the the future of the country by themselves. It was extremely heart wrenching to watch a video that surfed on internet, a crying infant was handed over the barbed wire. Things are becoming very devastating at Afghanistan. Women and children are majorly under threat of Taliban. Now the citizens themselves are fighting and trying to escape anyhow for Afghanistan.

But the real question is Can Taliban be a threat for India? 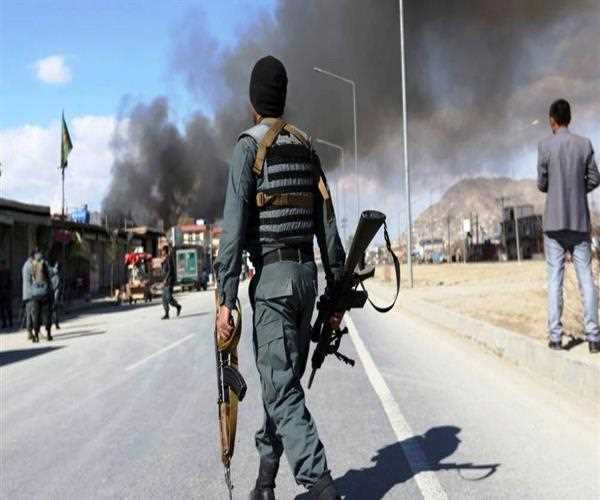 The first set of risks has to do with the possibility of international and regional terrorism, . Taliban militia in Afghanistan has assumed several characteristics traditionally associated with state-sponsors of terrorism, providing logistical support, travel documentation and training facilities. One of the four guiding principles mentioned in the joint declaration between the United States and the Afghan government includes “Guarantees to prevent the use of Afghan soil by any international terrorist groups or individuals against the security of the United States and its allies”. However well-intentioned these words might be, there is little clarity on how these guarantees will be upheld. Afghanistan is extremely poor and highly dependent on foreign aid. Much of the population continues to suffer from shortages of housing, clean water, electricity, medical care, and jobs. India is already share boundaries with Pakistan and China and we already have many conflicts with them. And now Afghanistan will also create a geo political crisis for India. The second related set of risks has to do with the ISI’s increasing influence in Afghanistan. 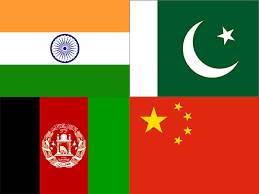 Afghanistan has been a key strategic ally for India in South Asia and the government has made major investments in the war-torn country over the past two decades.

The nexus between the Taliban especially the Haqqani group and the ISI underscores Pakistan’s increasing influence within the country. We have Pakistan and China in the neighborhood and now the Taliban. None of them are our friends and they will attempt to sow seeds of chaos in our country. The Taliban leadership may not always see eye to eye with the Pakistani state and the ISI, but the ISI’s influence over the Taliban is undeniable. Given the potential of Taliban representation in Kabul in the near future, this state of affairs is naturally far from comfortable for India. What is worse, India does not have any covert capability to influence events either in Pakistan or in Afghanistan. 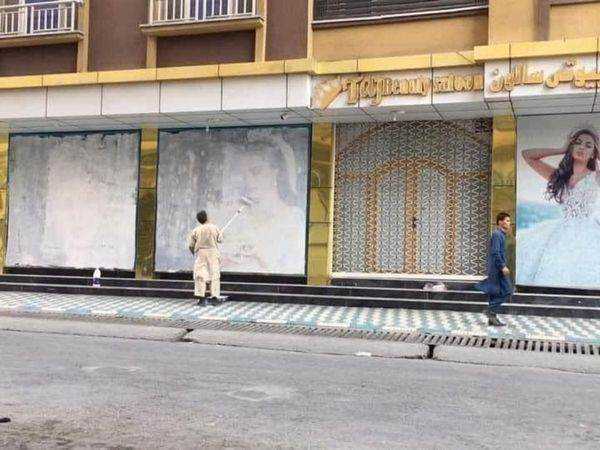 A photo of a man whitewashing the posters of women models in Kabul Source: Twitter

The Taliban has a history of imposing hard restrictions on women and not allowing them to work. . As the United States rushed to evacuate its diplomatic personnel from Kabul , many women voiced their sense . Taliban now claim that they are committed to upholding “women’s rights under Islam,” eyewitness accounts from Taliban-controlled areas tell a different story. Women have already been turned away from schools and universities, ordered not to leave their homes without a male guardian, and flogged for breaching Taliban-imposed rules. There have also been reports of forced marriages and targeted attacks against women and girls. Afghan women who have stood up for gender equality, democracy, and human rights clearly face imminent risks. Afghanistan is now a terrorist driven country. And also a country that can be a huge threat for India and other Asian countries. 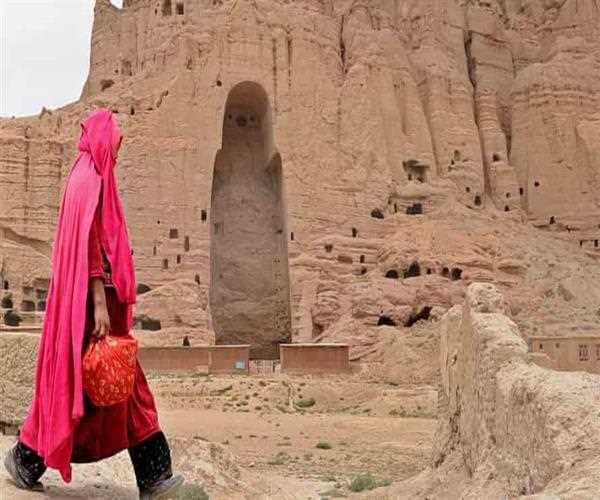 India had invested more than $3 billion in Afghanistan facilitating more than 400 projects in all 34 provinces. This includes dams, schools, hospitals. All of these installations were already captured. Then there is a threat to Indians living and working in Afghanistan. Currently, the Indian Air Force (IAF) has evacuated the Indian embassy in Afghanistan, with more than 130+ Indians including diplomats and common citizens.

Afghanistan and India depended economically and for trade with each other. India has nearly invested dollar $3 billion in several reconstruction of infrastructure and trades in Afghanistan. Indian government also provides aid and equipment to Afghanistan's military. In the year 2015 PM Modi also invested $90 million for the reconstruction of parliament of Afghanistan during the pandemic 75000 tons of wheat it was given to them during pandemic. a. This groups ability to attract radicalized individuals, including from India, and recruit well-trained defectors from Taliban and Pakistani militant groups is a very real threat to India’s future in Afghanistan and the region more broadly .

A wrong role model for youths 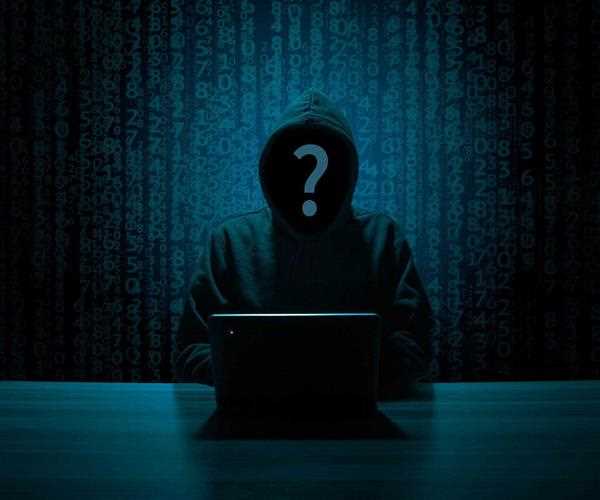 In Kashmir there are several evidence of Taliban’s obstruction. We can restrict things across the boundaries of a country but, virtually we have no such boundaries present. In the era of new media any online sensation can have a massive impact on the people watching it. Taliban’s often try to influence the youth of India. And try to glorify their acts so that they can be a role model for youth. There is a constant threat that the youth may deviate from their paths and end up choosing the wrong role model. A country that cannot protect and fight for the rights of women and girls. A country that has no one can express themselves will definitely be a threat for many Asian countries including India.

I am a young Media field enthusiast and a quick learner. A freelance content writer, a blogger and photographer by hobby. Why did choose this field? The media world attracted me because of its diverse field, from glamorous topics like fashion, modelling, photography to sensible and topics like technology, politics, economy etc. I will be glad to work with your organization, need a chance to prove myself and begin somewhere professionally .