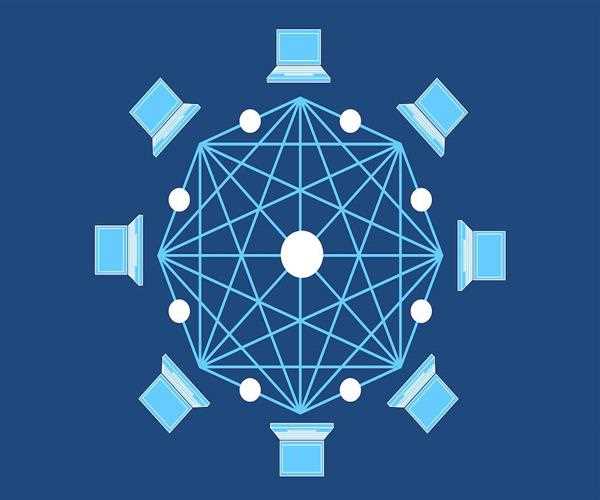 What are DLTs and how they differ from Blockchain

surely you are already more than familiar with Bitcoin and Blockchain technology as a result of all the noise generated earlier this year. However, you may not know the “twin” brother of the Blockchain, DLT ( Distributed Ledger Technology). In this post we tell you what DLTs are and how they differ from Blockchain .

What are DLTs and what is their meaning

Distributed Ledger Technology (DLT) or distributed ledger technologies are a set of technologies that allow us to design a system structure that allows it to function as a NOT centralized database . This means that there is no central computer or server that stores the information, making it a more secure system (the database cannot be “hacked” as there is no central computer to attack).

Now, not all DLT systems have to be fully decentralized. We can find a complete decentralization (without a control nucleus), distributed (one or several control nuclei, together with several support nodes), or federated (where the local nuclei have great autonomy). Access to these systems can be public or private, taking into account the level of security that you want to apply to the system.

Differences between DLT and Blockchain

If you are wondering what differences exist between a DLT system and a blockchain system, it is completely legitimate. We can say that DLT technologies are the largest category of Blockchain. This means that ALL blockchain networks are DLT technologies but not all DLTs are blockchain technology.

To give you an example we could say that DLT is the category “sports” and Blockchain is the “football”. As you can see, soccer is within the sports category but not all sports have to be soccer.

For its part, Blockchain development services or Blockchain technology is a system whose operation depends on generating blocks where information is stored. These blocks are then linked to each other generating the well-known chain of blocks. This chain ends up generating a linked and non-modifiable record of the information that has been stored in these blocks.

Both DLT networks and blockchain networks use protocols of the P2P or peer-to-peer type , which guarantees that the security and immutability standards are very high. And just as in DLTs there are different degrees of decentralization (complete, distributed or federated), in blockchain networks the exact same thing happens.

In short, a DLT network enables the secure operation of a decentralized digital database and where distributed networks eliminate the need for a central authority to control manipulation.

DLT allows all information to be stored safely and accurately using cryptography. It can be accessed through “keys” and cryptographic signatures . Once the information is stored, it becomes an immutable database and is governed by the rules of the network.

The Distributed Ledger Technology are not entirely new, many organizations and companies maintain their databases “separate” in different locations. This guarantees them a minimum degree of decentralization, however, each location is typically in a central connected system that makes them vulnerable to cyber attacks and local problems.

The very nature of a DLT makes them immune to cybercrime, as all copies stored on the network must be attacked at the same time for the attack to be successful.

In addition, the simultaneous (peer-to-peer) exchange and update of records makes the entire process much faster, more efficient, and cheaper.

Potential and the future of DLT

DLTs have great potential to revolutionize the way governments, institutions, and corporations work. It can assist governments with tax collection, issuance of passports, property and licenses, and disbursement of Social Security benefits, as well as voting procedures.

This technology is changing the way many industries work such as finance , music and entertainment, art, supply chains of various commodities and more.

The benefits of Blockchain and DLT technology

The potential applications of both technologies is, quite simply, immense. You may think that they are simply databases but what is truly innovative about them is that they allow us to have a greater degree of transparency, efficiency and automation.

You have probably heard the applications of decentralized technologies, blockchain and cryptocurrencies like Bitcoin. And it is that financial systems were one of the first cases of use of this type of technology and have allowed us to build a new payment system that is safer and more accessible to the world.

Although it seems that finance is the field with the greatest application of these technologies, it is actually cybersecurity. Remember that one of the most interesting characteristics of these technologies is the potential they have to build secure networks with different degrees of decentralization.

One of the sectors in which decentralized technologies can cause greater disruption is in logistics and the supply chain. Especially in those logistics processes in which there is a high number of intermediaries. With this technology we can generate and create systems that adjust to the complex realities of logistics processes.

One of the best examples is the TradeLens system, a system designed by Maersk in collaboration with IBM that allows optimizing processes in marine logistics and international trade.

Finally, one of the most relevant areas pending disruption is the health system. An area with great potential for the Blockchain Development of decentralized technologies.

One of the challenges is to develop a distributed system where hospitals are able to store information safely and are quite accessible.

With such a system, for example, the data could only be read or modified by the hospital in question. Something only possible if your access credentials or private keys are used. Of the rest, no one could access or affect those systems. In case something happens, it would be enough to restart the systems, resynchronize and start working again.

In addition to this, the level of auditing and access to patient medical data is granular. That is, you can create systems that only give access to very specific pieces of information if you want.