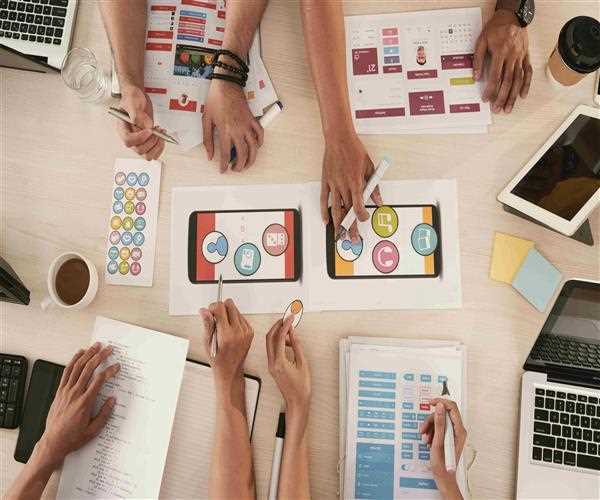 The development community always finds challenges whenever they focus on connecting the power of the web with mobile. But, in this regard, they will find the availability of several frameworks and tools which help them to achieve the desired outcomes.

Now, they can develop progressive web apps (PWA) of wide reachability and high performance by taking the help of these particular frameworks and tools. You can choose to hire developers on full or part time basis to get the best solutions without breaking the bank account.

So, in the below-mentioned section, you will get to know about some of the best tools and frameworks which you can specifically use for progressive web app development.

Ionic, an open-source SDK was established in the year 2013. This framework is based on Apache Cordova as well as the Angular framework. Since that time, it has been a part of more than 5 million hybrid app development.

Some factors make Ionic great for PWA development. One of these is that it comes with a massive library of components for both iOS as well as Android.

So, the developers can use this particular framework for developing web pages that particularly run inside the browser of the device with the help of WebView.

Some of the benefits of Ionic are mentioned here which makes it one of the best frameworks for the development of progressive web apps:

This is one of the popular PWA frameworks that you should consider. AngularJS was first introduced in the year 2009 by Google.

Since that time, it has gained immense popularity in this field. It specifically makes use of the JavaScript ecosystem for building responsive apps which are both robust and reliable.

Some of the benefits associated with AngularJS includes the following:

All of these components are proved to be very effective in simplifying the overall process of PWA development. It also makes use of JS/JSS/HTML which makes it a complete framework.

This particular framework comes with a wide range of benefits as discussed in the below-mentioned section.

React is one of the top choices among the Progressive Web App builders which is supported by Facebook. Some of the main reasons for its popularity include a large community and its wide JavaScript library.

For connecting HTML structures, it specifically makes use of JSX to employ render functions. This contributes to providing ease to the developers. Some of the other benefits associated with React are the following:

Due to its high-speed rendering and ease of coding, this is presently known to be one of the fastest evolving libraries. This framework allows for the scaling of the project. The best part is that you are also getting an added advantage of extra packages.

Some of the pros of Vue.js which contributes to making it one of the most reliable frameworks for building PWA are the following:

So, the above-mentioned ones are some of the best tools and frameworks which you can focus on using for building progressive web apps or PWA. As a PWA developer, you can choose any one of them according to your preferences and conveniences. If you want to convert your existing website to PWA, you can hire a web developer to assist you.

Another name that is not mentioned in this list is Lighthouse. You can even consider choosing this particular option if you want.

The development community always finds challenges whenever they focus on connecting the power of the web with mobile. But, in this regard, they will find the availability of several frameworks and tools which help them to achieve the desired outcomes.