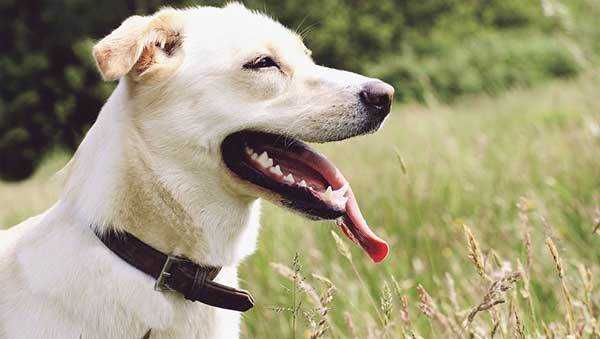 8 Ways To Stop Annoying Your Dog

Most of us like our canine friends but do get annoyed by their behavior at times. Most dogs don’t know that certain canine actions might put us off — for instance, jumping up onto people or sniffing a person’s private parts. However, despite our love for them, we humans sometimes behave in ways that annoy the heck out of them. And it need not be limited to regular dog washes alone.

Though almost always unintentional, we humans too are prone to gaffes that can annoy, worry or even anger our pets. There are several human habits that can nevertheless turn out to be irritating or even detrimental. Read on to see if your behavior toward your best friend could do with some improvement.

Yelling can be equated with barking, which translates into trouble. It might occasionally work to shut down bad behavior, but in general, it only serves to confuse, agitate or scare. It’s best to adopt a deep tone to express a command or criticism and a lighter tone of encouragement.

To most animals, stares are aggressive and often translate as a challenge. An animal’s level of fixation isn’t normally mere friendly interest. Examples are the stare of a frightened deer or a predator fixated on its prey. Just like in human society, where it’s considered impolite, you should remember not to stare too long at a dog. Though you might not face problems with your own pet (it’s likely that they don’t love it either), others might interpret it as a challenge.

It is similar to hugging. Your pet might not mind you hugging them on occasion, say lifting a reluctant pet onto a washtub. However, unlike our kindred primates, canines do not grasp others to show affection.

On the other hand, a dog puts its paws or body on another dog as a display of domination or control. Many dogs do detest tight hugs, especially when from strangers or children. It’s always better to opt for gentle petting instead.

Children are especially guilty of this, but quite a few adults too are prone on occasion. Pulling on their tails or ears, barking or shouting back at them, chasing after, or wrestling with unwilling pets are all behaviors that are annoying and can even turn dogs aggressive. It’s best to lay off teasing your dog and make the proper behavior a routine, just like regular visits to your local neighborhood pet wash.

It’s a fact that most people do not know to properly greet a dog. Some crouch, stare, stretch their hand out, or even engage in bizarre baby talk. All these are threatening approaches for a dog. Not only are these annoying ways to greet a dog, but they might also turn dangerous. If you are not ready to handle the aggression of a dog, you should choose a dog that is small but look like a big teddy bear. These dogs are also known as teddy bear dogs. They are very gentle and easy to handle.

The best way to greet a pet is not to greet him at all. Instead, greet the person with the dog, which will make him at ease with you. Then, if the dog seems at ease and with the go-ahead from his owner, you can then casually give the dog a quick pet or scratch.

You certainly wouldn’t like to be shocked out of a good dream. It’s the same with your dog. Dogs hate to be awakened suddenly especially older ones who tend to sleep more deeply. Those with impaired hearing might not be aware of someone’s approach and can get scared by the sudden intrusion into their space.

Let your pet wake up naturally after a good 40 winks. If you do need to wake your dog, do so slowly and gently. Children, in particular, should be taught not to interrupt a dog in his sleep.

Dogs prefer routine. It’s best to stick to the script with respect to walks, playtime, baths, feeding, and elimination schedules. A dog will engrain the schedule and expect to adhere to it without much variation. It’s best to stick to the same schedule, the same diet, the same play activity, the routine trip to the dog wash, etc., as much as possible. Occasionally you can opt to sleep in, but never randomly impose changes on her meal times, walks later than usual, or unpredictably of any other sort. It can stress a pet and lead to behavioral problems.

In this scenario, it’s also good to be as consistent as possible with the rules. It won’t work if you allow your pet to greet you by jumping up but chastise him for doing the exact same thing to others. Such discrepancies can confuse dogs, who won’t be able to figure out what to do. In order to avoid this, it’s best to make up your mind and communicate exactly what you want from him and what you don’t want and stick to it.

Follow
Casey Hopson is a renowned animal trainer in Hollister California. Casey has been rescuing dogs for a long time and hundreds of dogs have been sheltered already by him and his organization. His main focus is re-homing shelter dogs as family pets with proper training. Casey is certified to train service dogs and is the co-founder of petdogplanet.com which provides online pet care tips. He lives in Hollister California and New York.