Home > DeveloperSection > Articles > The War Between R and Python Programming 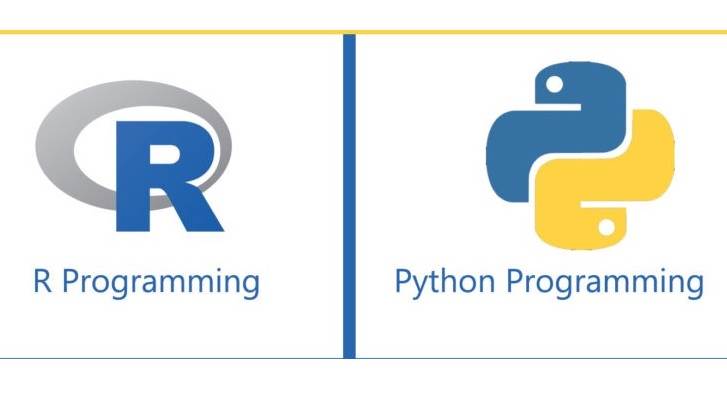 The War Between R and Python Programming

The war between Python and R has been raging for several years now, but it is yet to be decided which one is the best Programming Language (PL) for Data Analysis. This is a review of the advancements in both languages and a comparative study of R vs Python battle of programming languages.

R has always been meant, by the creators, Ross Ihaka and Robert Gentleman (R&R), as a user-friendly way to perform Data Analysis. Basically an implementation of the ‘S’ language, it was originally used mostly in academic and research oriented projects. But its increasingly profitable contribution to big business has made it one of the hottest PL used by Data Analysts everywhere.

Python was also intended to serve Programmers in applying statistical techniques to help solve Data Analysis problems. Its particular emphasis was on productivity. Python has eased code readability problems, such that, even beginners can use it. This general purpose language was created in 1991 by Guido Van Rossem.

Some comparative features of both languages are:

 Ease of Learning: R is quite difficult to learn and use for a beginner. Being a lower level PL, coding is lengthy and complex, even for simple procedures. But Python was created by Rossem for its elegant simplicity. Python’s notebooks provide ample features for both documentation and sharing. In-spite of the fact that there are no Graphical User Interfaces (GUIs) for Python at the moment.

 Availability: Availability is not a problem for either of the two PLs, as both are Open Source and freely downloadable.

 Recent Advancements: R has been the beneficiary of its original development in academic circles. R is still constantly supported by the academic and research world, so that new techniques are developed faster in R. But Python has the support of a vast community of general developers who are constantly adding new apps, tools, libraries and other features to the language. Still, R is preferred by many Data Analysts for this advantage.

 Employment: Companies on the lookout for increasing cost-efficient performances have focused on programmers having the advantage of any or both of the languages. Professionals skilled in any of these two PLs, particularly in the field of Data Analysis, find their demand and salary structure significantly higher than their competitors. However, the most recent salary surveys show Data Analysts with R PL skills as drawing slightly higher salaries than those with only Python. Of course, there are always Data Analysts who know both Python and R.

Comparing the two, and given the recent advancements in both Languages it is felt that the strengths of each cannot be neglected for the other. But the fact is that the basic ecosystem of R is only in the Data Science environment. Python is beloved universally as a multipurpose language that is easy to learn and execute, includes formidable libraries and tools and is therefore generally preferred over R. R vs Python battle of programming languages is therefore a battle that is at present tilted slightly towards Python.