Home > DeveloperSection > Articles > What are the most common myths about Bitcoin? 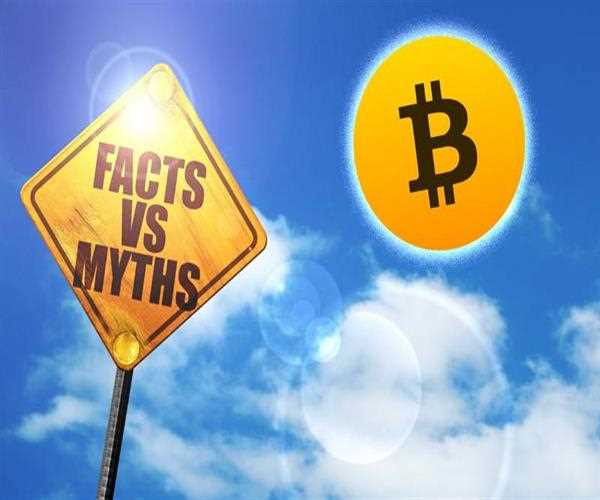 What are the most common myths about Bitcoin?

“Bitcoin has been declared dead almost 380 times since its inception in 2009. Its constant criticism has managed to create many myths that give a bad image to the public that has not had the opportunity to learn from this new asset,” Mosquera explained.

After the price of cryptocurrencies has fallen, can Bitcoin be considered a store of value?

Here are six myths about Bitcoin, and the fundamentals that disprove those myths, according to Carlos Mosquera:

Fake. Although your transactions are registered in the bitcoin address that you use as a pseudonym, neither the sender nor the receiver needs to know each other — as is the case with a credit or debit card. This means that a bitcoin transaction is anonymous and no third party can see the personal data of those involved.

So, although Bitcoin is not completely a private transaction since there is a record of the amount of money and date of the movements, no more information is revealed to third parties.

Is diversification in investment products and assets important?

2) Bitcoin is only used by hackers and cybercriminals

Fake. Due to the transparency of transactions with Digital Assets such as Bitcoin and its open nature with which movements are traceable to some extent, digital criminals have a difficult time converting these bitcoin funds into fiat money — the current money that serves as the crypto exchange currency.

In fact, although unfortunately in its beginnings this Digital Asset was associated with the case of the darknet platform Silk Road where it was used as a means of exchange — it could well be a conventional credit card or another currency -, later Bitcoin contributed to the shutdown of one of the world’s largest child pornography websites by facilitating address tracing on a darknet

3) The Bitcoin network suffers from many cyber attacks

Fake. Although it is common to relate hacks and scams of exchanges with the intangible and digital nature of Digital Assets, it must be understood that hackers take advantage of the security flaws of the platforms where transactions are carried out, but it has nothing to do with it. with the Bitcoin network.

In fact, the Bitcoin Blockchain has never been hacked, since its P2P (peer-to-peer) network works under a distributed and decentralized system, which is resistant to counterfeits, failures and computer attacks.

4) Bitcoin is not endorsed by anyone

Fake. Given this, it must first be noted that modern money is backed solely by the promise of governments and banks in economies only, and it is these “money managers” of the world who have lately created more “bubbles” in more asset classes. in global financial history.

Bitcoin is backed by millions of people who accept its value, but also by all the investment that precedes it made by large companies ranging from Goldman Sachs, Morgan Stanley, Paypal, Square Inc, to Fidelity, through IBM and NYSE / ICE, Tesla, Microstrategy, Massmutual and without neglecting technology companies, such as Intel, Samsung, and HTC, which allocate billions of dollars in infrastructure to support the strong Bitcoin ecosystem, as well as the main financial institutions that continue to make investments considerable in the industry and the verticals of the value chain of this Digital Asset.

5) A government can suspend the use of Bitcoin

Fake. Not even the Venezuelan government managed to prevent its use and that is why it chose to regulate it rather than suspend it. And even though countries like Afghanistan, Saudi Arabia, Vietnam, Algeria, India and some others have pushed for their ban, it is almost impossible to do so since, practically, to stop the Bitcoin network, governments would have to turn off the internet.

Bitcoin operates with a decentralized network in which thousands of people in different parts of the world contribute to it with one or more miners — individuals or groups of people around the world who record transactions and secure them on the Blockchain of the Bitcoin network.

So with the private key of a Bitcoin wallet, there is no way someone could freeze your funds or suspend transactions or lock your account.

6) Bitcoin is an investment company

Fake. Neither investment company nor a broker. It is not like Paypal or Visa either. Bitcoin is a network and it is a Digital Asset that works thanks to the participation of independent actors around the world that run nodes, keeping a record of the entire chain of blocks, extract them, cryptocurrency develop software and carry out transactions, creating the market.

Without a central authority, nothing can be altered on the network; furthermore, anyone has the freedom to audit the source code that is open directly.

According to a CaixaBank executive, you can think of bitcoin for investment, but not for payments

Mosquera reflected: “All of these myths are false and give a bad image of Bitcoin to the general public. That is why at Solidus we care about trying to achieve the best understanding of its technology and disruptive nature, as a new class of asset of undeniable global relevance and that represents a good opportunity to invest. “

BlockchainX is the leading Blockchain Development Company that has a team of expert Blockchain developers who all have tremendous knowledge in Solidity, Hyperledger, Tron, Corda, Hedera development. and all the branches of Blockchain Technology.