Home > DeveloperSection > Articles > How Attractive Is the Career of Freelance Ios Developer in 2021? 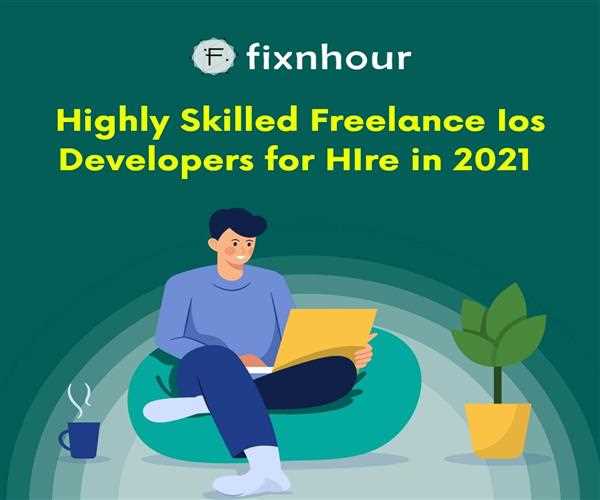 How Attractive Is the Career of Freelance Ios Developer in 2021?

An IOS developer has to develop various applications for mobile devices powered by Apple’s IOS operating system. In maximum cases, an IOS developer is proficient with one of the two programming languages for this platform, which are Objective-C or Swift. The IOS developers must have a strong understanding of the patterns and practices that are closely related to the IOS platform. In the case of freelance IOS developers, they have the freedom to choose their jobs and have the flexibility to work remotely on their own terms.

Looking at the rising popularity of the IOS platforms like Apple’s iPhone, iPad, iPod, and the macOS platform, it is very clear that a career in IOS application development is a good choice nowadays. Many experienced, as well as fresher of this field, are entering the IOS application development field for its increasing demand. There are job opportunities with good pay packages and even better career growth.

There are more reasons to follow this rewarding career:

The world of business has a never-ending appetite for better and more strong and secure apps. Developers have many chances to showcase their specialty and skills by developing new and interesting apps that can run on the IOS platform. With the rising popularity of IOS apps, we can expect good demand for those IOS developers who can work flawlessly when it comes to developing apps.

It is expected that the demand for IOS developers will remain in good demand through 2015. The cause of this demand is skilled programmers are very important for both maintaining as well as improving existing applications. These applications have to be always updated with the release of newer ideas and versions of the IOS operating system. In addition to this, they must also be able to compete with similar applications in the market. Though there is a lack of skilled professionals with the ability to develop various native applications for IOS this year, the cause of this shortage is mainly the increasing demand for new apps.

LinkedIn examined a large amount of data and concluded that the top position is occupied by the job title of IOS developers. There are various other job titles related to the IOS professionals.

The health sector, as well as home automation, is the main industry that has encountered a lot of demand. Other industries like travel, insurance, retail, transportation, banking, and financial markets, and telecommunication are just some sectors that need talented IOS app developers.

Job Responsibilities of an IOS developer

Tips for IOS developers who want to work as a professional

For those with very negligible experience with the procedure of developing apps, starting a career in the field of IOS development can be truly difficult. Here are some special tips to help you in starting your career on this path.

There are some reliable online resources as well as courses regarding IOS development to get you started with your iOS coding journey.

You can spread your reputation by developing apps for various small organizations at a minimum cost. This will help you to get proper attention from the business persons. Carefully optimize your CV for a career in the field of IOS development. Try to write an attractive keyword-optimized resume to grab the attention of the recruiters very easily. You can get help from many professionals if you fail to do it by yourself.

The most reliable way to practice what you learn is by trying to implement those concepts in your apps that you build. Start with the process of developing simple apps and make them available for free or at a low cost to the public. This can definitely help you to get proper reviews.

Some important skills for an IOS developer:

Here is a list of some must-have skills for an aspiring IOS developer:

There is a huge demand for skilled IOS developers today. It is really an attractive and respectable job that requires cutting-edge skills to survive in the market. It becomes imperative in order to specify the place where you want to give your time and energy to grow as a developer. Utilizing your time and energy for learning about the process of IOS development is the best way to pursue a rewarding career. Therefore, you have to remain well versed regarding the knowledge of IOS development procedure. Your effectiveness can always make you worthy of any good organization, and the organizations, which are preparing to hire freelance IOS developers, will definitely choose you.